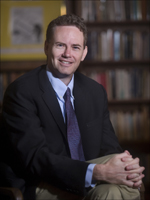 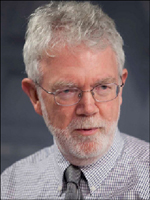 David Holloway is the Raymond A. Spruance Professor of International History, a professor of political science, and an FSI senior fellow. He was co-director of CISAC from 1991 to 1997, and director of FSI from 1998 to 2003. His research focuses on the international history of nuclear weapons, on science and technology in the Soviet Union, and on the relationship between international history and international relations theory. His book Stalin and the Bomb: The Soviet Union and Atomic Energy, 1939-1956 (Yale University Press, 1994) was chosen by the New York Times Book Review as one of the 11 best books of 1994, and it won the Vucinich and Shulman prizes of the American Association for the Advancement of Slavic Studies. Holloway also wrote The Soviet Union and the Arms Race (1983) and co-authored The Reagan Strategic Defense Initiative: Technical, Political and Arms Control Assessment (1984). He has contributed to the Bulletin of the Atomic Scientists, Foreign Affairs, and scholarly journals. 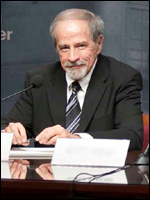 Joseph F. Pilat is a program manager in the National Security Office at Los Alamos National Laboratory and a global fellow at the Woodrow Wilson International Center for Scholars, where he co-directs the non-proliferation forum. He is also a member of the Proliferation Resistance and Physical Protection Working Group of the Generation IV International Forum and of the Steering Committee of the University of California's Institute on Global Conflict and Cooperation. He served as a special advisor to the U.S. Delegation at the 1995 NPT Review and Extension Conference. He also served as the Representative of the Secretary of Defense to the Fourth NPT Review Conference in 1990 and to the Open Skies negotiations. He has been an assistant for nonproliferation policy in the Office of the Deputy Assistant Secretary of Defense for Negotiations Policy. In addition, he was a senior research associate in the Congressional Research Service and a research associate at the International Institute for Strategic Studies in London. He received his Ph.D. in European and Russian History from Georgetown University. 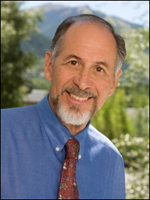 Martin J. Sherwin is a senior scholar at the Woodrow Wilson International Center for Scholars and the University Professor of History at George Mason University since 2007. Professor Sherwin is also known for having a keen interest in public education: he was the founding director and executive producer of the Global Classroom Project, a TV program which was broadcasted throughout the Soviet Union and United States from 1988 to 1992 and which aimed at linking his students at Tufts with university students in Moscow for interactive discussions about the nuclear arms race and the environment. He has equally been an advisor and/or co-producer for many other documentary films on the nuclear age (“Stalin’s Bomb Maker: Citizen Kurchatov,”1998; “The Trials of J. Robert Oppenheimer,” 2009). His recent writings include 2006 Pulitzer Prize winning American Prometheus: The Triumph and Tragedy of J. Robert Oppenheimer (in collaboration with Kai Bird). He is the also the author of A World Destroyed: The Atomic Bomb and the Grand Alliance which won the Bernath Prize awarded by the Society of Historians of American Foreign Relations as well as the American History Book Prize awarded by the National Historical Society.