2011 Ion Ratiu Democracy Award Winner and human rights defender Nabeel Rajab was freed from prison to serve the rest of his five-year sentence at home.

2011 Ion Ratiu Democracy Award Winner and human rights defender Nabeel Rajab was freed from prison on June 9th to serve the rest of his five-year sentence at home. Rajab is a key Bahraini human rights figure and is lauded for his involvement in the 2011 pro-democracy protests. As the Public Policy Ion Ratiu Scholar in 2011, Rajab brought visibility to Bahraini activism in the Arab Spring and advocated for democratic reforms.

Rajab had been imprisoned since June 13th, 2016 when he began his two-year sentence for media interviews in 2015 and 2016 that detailed Bahraini human rights violations. In 2016, Rajab published letters in The New York Times and Le Monde about his experience in jail, which led to additional charges for “false news and statements and malicious rumors that undermine the prestige of the kingdom.”

While he was serving his initial two-year sentence in 2018, Rajab was sentenced to an additional five years for “spreading false rumors in time of war,” “insulting public authorities,” and “insulting a foreign country.” These new charges were based on his peaceful Twitter commentary about Yemeni civilian deaths by the Saudi Arabian coalition and torture allegations in a Bahraini prison. Although he is no longer in prison, he is not permitted to engage in any human rights activities as he serves the last three years of his five-year sentence. 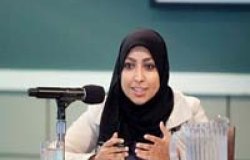