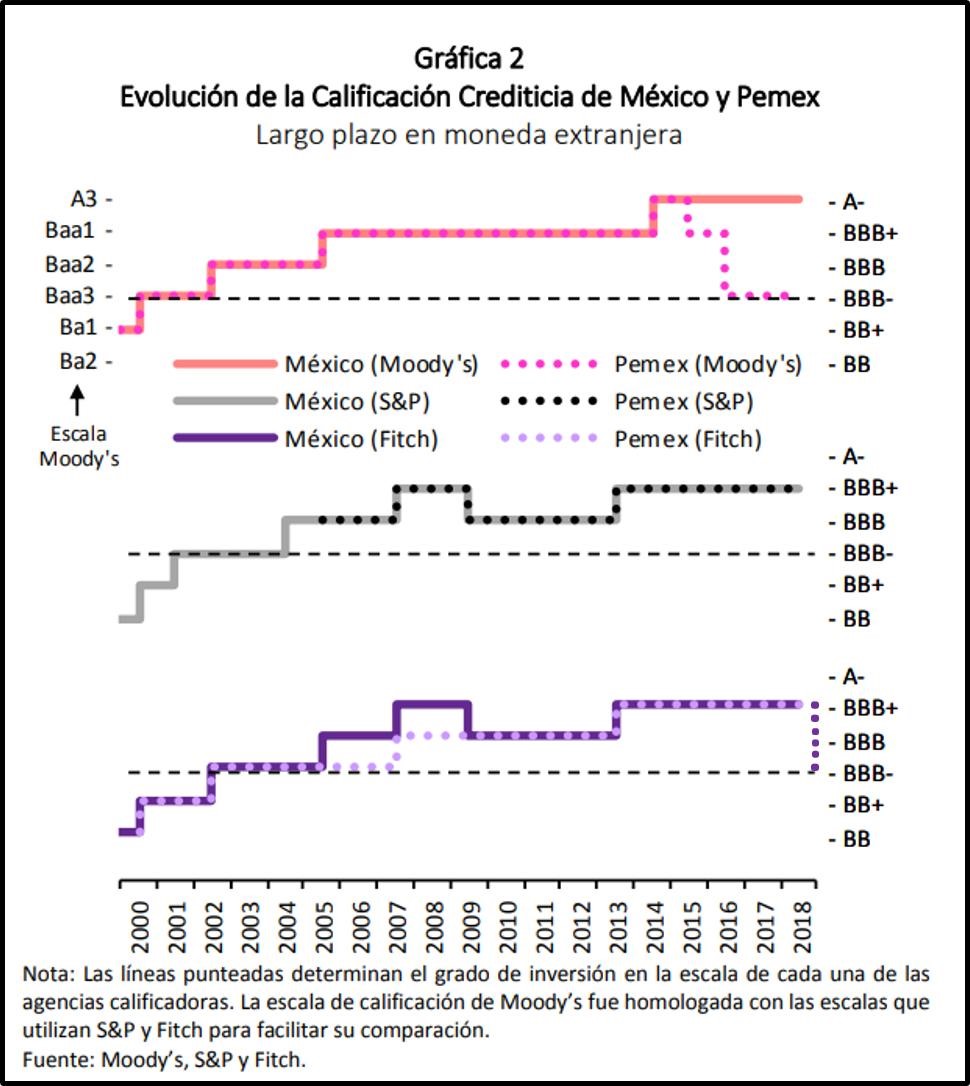 Andrés Manuel López Obrador, the new president of Mexico, has dedicated his first one hundred days in office to accomplish two, in his view, strategic goals.

The first is to drill down in everybody’s mind that his coming to power is not just an alternation of political parties, but a change in regime, “deep and radical”.  Particularly, he appears to be striving to make sure that his “adversaries” assimilate the fact that the change is real and irreversible.

For this reason, the beginning of his presidency has been rich in symbolism, as several examples testify: forsaking Los Pinos as the official residency and opening it up for people to visit the excesses of the past (in fact, visitors discover that it is a rather republican setting, though way above average housing); putting the presidential airplane (TP-01) up for sale and flying coach; an inauguration ceremony in which he was sworn in before Congress and later on in an indigenous rite; cancelling one of the country’s largest infrastructure projects, the new Mexico City airport, which represented, in his view, waste, corruption, and luxury; conducting daily early morning press conferences which he uses to frame media coverage, to give instructions to his cabinet, to communicate directly with the people, and to punish and reward individuals or interest groups; ignoring completely, for the time being, international affairs as if Mexico played no role overseas, and many others.

The second is the centralization of power, to recreate an all-powerful (imperial, as it used to be called) presidency of the past. The wide electoral margin already gave Morena (AMLO’s political party) and its allies significant majorities in both Houses of Congress. These majorities suffice to modify federal law and are a strong platform to envision constitutional amendments. Moreover, he has set in motion further concentration of power through several means: First, the weakening of institutions and of independent regulators through budget cuts, the appointment of commissioners based on loyalty rather than capacity, and a media campaign to show that regulators are often opposed to deep and radical change.  Second, López Obrador has already appointed two Supreme Court Justices and thus tilted the balance of the Court in his favor. Third, budget appropriations have been centralized at the Treasury, while federal transfers to state governments have been reduced. Fourth, government social programs have been expanded and intermediaries eliminated with the purpose that recipients credit AMLO with welfare transfers to further enlarge and consolidate his electoral base.

The reasoning behind the twin objectives of labeling the change deep and radical and the centralization of power is to be in a better position for the “conservative counteroffensive”[1] when it comes. This view also explains the president’s willingness to suffer a significant cost in terms of short-term growth by taking measures not conducive to making the economy attractive for large, long-term investment projects.  This cost is secondary to the establishment and consolidation of the new regime that has an expectation to remain in Mexico for a long time.  Thus, a couple of years of scant growth seem a reasonable price.

Given the electoral margin and centralization of power, AMLO faces only three checks and balances: capital markets, trade agreements, and public opinion.[2]

Markets have a clear influence on López Obrador: his presidential campaign portrayed moderation so as not to rattle markets and scare investors. Now in power, he tends to become more extreme in his pronouncements when the peso has had a period of stability or revaluation, and to moderate policies and discourse when the peso is under pressure or rating agencies show discomfort with the path of the Mexican economy. Growing emerging market risk aversion is, in this context, positive news for the country as it lowers degrees of freedom for mistakes or poor economic policies. This makes AMLO starkly different from Brazil’s Lula or Argentina’s Kirchner. They benefited from high commodity prices and excessive liquidity that allowed for a recurrence of policy mistakes that proved quite costly years later.  It remains to be seen how the López Obrador government will react when markets pull the rug from under him; whether economic management will be corrected, or markets’ moves will be interpreted as part of the conservative counteroffensive.

Mexico’s network of trade agreements constitute a second strong check on AMLO, particularly the North American Free Trade Agreement (NAFTA), or the new US, Mexico, Canada Agreement (USMCA), and the free trade agreement with the European Union. These agreements mean Mexico will stay, for the most part, the course of an open, globally integrated economy and thus that the process of modernization will continue. Again, this is quite different from the situation of Brazil and Argentina. López Obrador might have enough majorities to modify Mexican law, even the Constitution, but not enough political and economic capital to violate or withdraw from these agreements.

In spite of current, gravity defying, approval ratings, public opinion will prove to be AMLO’s most important challenge. To his credit, his campaign captured the sense of helplessness and disappointment of many Mexican voters. His narrative rests on six pillars: one, the country is worse off, regardless of the evidence to the contrary. Two, corruption is endemic, and he is the only one that can clean it up.  Three, previous PAN and PRI governments were ineffectual. Four, “it was the government’s fault”; everything that is wrong comes from government, but his government will defend the people. Five, in times of helplessness, a paternal figure (AMLO) and a maternal figure (Morena)[3] are called for.

This narrative translated into high expectations and, more impressively, has managed to change the perception of the direction of the country. The challenge for his government will be that social programs, which cannot be as generous as promised under limited resources (another key difference with Brazil and Argentina), will never make up for the need for job creation, which will only happen if investors invest. Early indicators appear to already point at a major collapse of investment commitments in light of serious doubts as to the economic policies to be pursued. There is a chance, nevertheless, that the modern social democratic wing in AMLO’s government will end up winning, with markets’ and FTA’s assistance, the internal debate, and economic policy might favor an environment conducive to investment and competitiveness. In fact, AMLO and his team are the best candidates to implement needed structural reforms and to unblock strategic infrastructure projects as they do not face the main opposition to them, themselves. In fact, the strategy to impress radical change could also be interpreted as a mechanism that might allow AMLO to implement a program that otherwise would be deemed neoliberal.

Another important question is whether an opposition movement (adversaries AMLO calls them) could coalesce around an alternative narrative to counter López Obrador’s, along the following lines: one, the country is better (as attested by opinion polls), but not well and much remains to be done. The key is to bring onboard regions, sectors, and segments of society that today lag behind. Two, foregoing growth is a large mistake that implies a high opportunity cost. Three, your future depends on you, not the government. Four, profit making is legitimate and desirable when firms pay decent wages, behave responsibly, and invest. Five, Mexico’s economy is much more complex today than AMLO and his team realize.  Six, eradication of corruption and privileges can only take place in a democratic system.

So far, an effective narrative, opposition parties, and a potential leader are nowhere to be seen.

[3] The Virgin of Guadalupe is commonly referred to as Morena.

The views expressed here are those of the author. 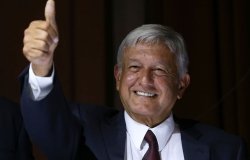 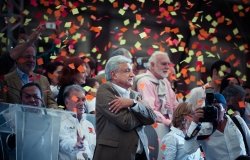