Another Game for Congress to Play

"'Budget Hero' is not quite “Angry Birds” — yet it will leave you squawking mad about the ruinous consequences of politicians’ failure to reach a debt agreement," writes Dana Milbank about the latest edition of the game that allows players to play out budget scenarios using the budget policies of President Obama and Governor Romney as well as the impending “fiscal cliff.”

Steny Hoyer, the House Democratic whip, stood in his conference room at the Capitol on Wednesday afternoon and argued that our problems could be solved if only lawmakers would play more games.

“It’s so very important,” he said, standing in front of a screen announcing the launch of “Budget Hero: Election Edition,” a video game in which people of all ages can try their luck at balancing the federal budget.

Hoyer’s is probably a minority view; the American people, only a tenth of whom approve of the job Congress is doing, probably think our leaders already spend enough time playing games, thank you very much. But the minority whip has a point.

“Budget Hero” is not quite “Angry Birds” — yet it will leave you squawking mad about the ruinous consequences of politicians’ failure to reach a debt agreement. Playing off the music simulation game “Guitar Hero,” the nonpartisan Wilson Center and the Public Insight Network devised the game, at BudgetHero.org, to allow would-be budget-cutters to try their preferred mix of policy proposals.

Play the “Romney Badge” and plug in the various elements of GOP presidential nominee Mitt Romney’s fiscal policy. Uh oh, you lose: The government goes bust — the point at which it can pay for nothing other than mandatory spending such as Medicare and Social Security — in 2025. Playing the “Obama Badge” isn’t much better: President Obama’s policy prescriptions would have the government going belly up — the Pentagon and most other government functions shutting down — in 2028.

Play a bit more and you quickly find out that nobody comes out a Budget Hero.

Allow the government to fall off the fiscal cliff at year end, at which time automatic spending cuts and tax increases take effect? That scenario would still have the government going broke in 2027.

Even the most drastic measures come up short. Suppose you let the George W. Bush-era tax cuts lapse, phase out the mortgage-interest deduction, raise the Social Security age, slow the rate of increase in Social Security benefits and reduce benefits for wealthy retirees. “Budget Hero,” using standard Congressional Budget Office statistics, calculates that the government would still go bust in 2035.

Reforming the tax code and cutting military spending by 15 percent would buy only two more years, extending solvency until 2037. Enact House Budget Chairman Paul Ryan’s plan to scale back Medicaid and Medicare, and you postpone by only two years, to 2039. Cut discretionary spending by 10 percent on top of all this, and the government would still go bankrupt in 2040. A group of University of Maryland grad students played the game for a while but could not keep the lights on later than 2040.

The game, which the Wilson Center’s Jane Harman recommends to children as young as 8, shows — in a way that no CBO or OMB report can — just how childish lawmakers are being. Its beeps and clicks, cartoon altimeters and “budget bust” clock illustrate the futility of trying to solve the problem without tax increases, or without major cuts to Medicare. It also shows how quickly the options are diminishing; in the 2008 edition, players had no trouble extending the bust clock to 2050.

Harman, a retired Democratic congresswoman from California, gets carried away when she calls her video game a “silver bullet” to public involvement in the debt debate. But it does prove one thing: that the proposals floating about on Capitol Hill are kid stuff. 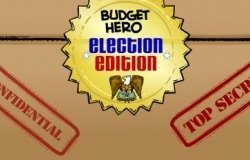 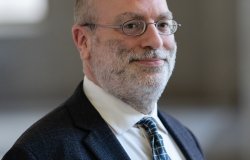