Apprentice at Work in Dubai 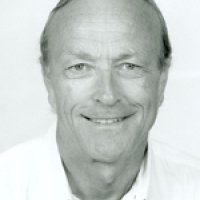 The UAE’s urban vision is sweeping in concept, impressive in its accomplishments so far, yet questionable in many ways. Its unique character grows from singular combination of geo-historical synthesis, managed well. (Where might Indonesia, Mexico, Venezuela and Nigeria have ended up were they to have enjoyed the same careful, uncorrupted management of fossil fuels?) Yet the vision, the intensity and the success of the UAE urban system will exert mighty pressures on the environment, the cultural patrimony, and the Emiratis who, like the sorcerer’s apprentice, show no signs of staying the hand on the magical source of growth.

By setting it looks like Miami Beach, but stretched out over 150 kms.  By pace of growth it rivals Guangzhou, by built-up area and density, it’s somewhere around New York, yet merely a baby as city histories go.  And at the edges in virtually every direction on land, construction cranes (at one time, a third of the world’s total) populate the horizon like large flocks of birds.   By pure glitz, it’s up there with Las Vegas, but the fantasy and artifice of Vegas, not to mention its small size, puts it in a separate, and decidedly lower, tier.  By skyline, there’s nothing in the world to compare with Dubai and its neighboring Emirates to the east and west—Sharjah and Abu Dhabi.  Together, they feature a vision that outdoes Paris at its height; strategic coordination and intensity equal to Barcelona and Amsterdam today; and pure scope and pace of change of the fastest of Asian cities.  And all this in 50 years.  Can it be sustained?

The raw newness of this UAE urban complex (stretching 200 km from Sharjah, through Dubai to Abu Dhabi) and the economic engine that calls to mind the eruptions of the sorcerer’s apprentice driving growth and creating a knot of gee-whiz designs, visual surprises and socio-historical contradictions.

Nothing symbolizes the naked iconic musculature of the UAE urban complex more than the Burj Khalifa, the 850 meter skyscraper that stands at the heart of UAE’s bid for global bragging rights about things urban.  Less than 10 kms away, at the epicenter of the original settlement, stands Heritage Village—a small, humble testament to mud brick defensive construction built before the British invasion to protect the tiny pearling and fishing village that characterized the seaside way of life before oil.  The shadow of the Burj’s shiny steel and glass, soaring a half mile into the sky, throws a metaphorical and literal shadow over its earthen-works forebear.  The tiny fort-cum museum, though well-preserved and touted as an important symbol of Emirati culture, is nearly lost in the swirl of dense commerce and modern projects surrounding it.

That contrast is stretched even more starkly in the demographic profile of the urban machine.  Emiratis have created a well-managed engine of growth that appears to be mostly efficient, free of corruption, heavily leveraged, and above all, outsourced.  Emiratis control the commanding heights of strategy, but alien residents design, build, equip, manage, service, and maintain the urban apparatus in a ratio nearing nine to one, aliens to locals.  Ex-pats provide the lion’s share of professional class and virtually the entirety of service workers turning the quotidian gears of city machinery—police, fire, taxi, inspectors, maids, hospitality positions, food establishments and entertainment.  A little more than one million Emiratis live in gated communities around the edges of Dubai and other cities; just under nine million foreign workers lease or free-hold in and around other parts of town.  Ex-pats working here tell you that middle level Emirati engineers turn up at 10 and leave at 3.  Taxi drivers, mostly from South Asia, speak of a growing trend of “me-first” attitudes by a younger generation of Emiratis who are aloof and feel entitled.  And why not: Hasn’t the city been built at Emirati bidding?

And it’s not just oil that drives the building machine in the UAE.  Non-oil sources of income have grown to more than half the budget to finance the growing city.  And no taxes; UAE does not impose corporate, property or income taxes as we know them in the West, though the recent plunge in oil prices may force them in that direction.  With this in mind, when first laying eyes on Dubai, I was reminded of a P-38 (you know, the WWII twin-engine fighter plane whose most distinguishing features were its twin booms stretching back from its engines to twin tails in place of a conventional fuselage).  So why a P-38?  The joke during wartime was that when the P-38 first hit the skies, it was said to look like a Baltimore lady of the night: No visible means of support.  Same for Dubai:  How on earth does this urban machine keep flying?

The answer is not so complicated.  It’s a matter of borrowing and critical mass.  Early on, oil financed or backed debt on the first stages of construction.  Today, oil revenues represent a much smaller proportion of GDP, but they continue to support expansion as well as to offer what financial industry calls “comfort.”  The UAE took a major stake in revenue properties in giant holding corporations (hotels, business parks, commercial centers) among other lines of business.  These along with public services (visas, work permits and the like) produce the lion’s share of the income stream for the government.  More than 17 million tourists visited the UAE in 2014.  The growing urban agglomeration attracted investors—Dubai’s sovereign debt has shot up to nearly US$60 billion—even after the shock of 2008.

These are brought into harness to finance a long term vision of growth that will eventually sew together the still-separate urban pieces along the Gulf into a single whole.  The future UAE city will stretch from Sharjah, which will feature cultural and religious themes building on its magnificent Museum and Islamic Religion and Culture; to Dubai, the go-go tourist playground with its Palm Island and gigantic master-planned areas (some slated to be twice the size of Disney World); to Abu Dhabi, which will build on its role as the seat of political power with the fillip of places like Masdar, the experimental sustainable city and Yas Island, a giant complex currently housing conference centers and Ferrari speed world and Formula One race track.  The three Emirates will contribute to joint ventures, like Global Expo in 2020, Davos World Economic Forum, a new Louvre and Guggenheim museums, and tripling the size of its airport, among and others.

Sustainability is the watchword of cities these days, and the UAE urban system is challenged mightily on this score.  Per capita water consumption and energy use in Dubai rank among the top ten cities of the world.  Abu Dhabi has created Masdar City, a lab to explore innovation in design and function of urban systems (see the wind tower and narrow, carless streets in photo).  The catchy “pineapple” building in Abu Dhabi is one example of incorporating innovative designs—star-shaped mechanisms that open and close like flowers in response to sunlight.  Goals are being set to achieve seven percent solar by 2020 in Abu Dhabi, but with its desert setting and, and especially the tourist orientation in Dubai, reaching sustainable growth is far away.

The UAE’s urban vision is sweeping in concept, impressive in its accomplishments so far, yet questionable in many ways.  Its unique character grows from singular combination of geo-historical synthesis, managed well.  (Where might Indonesia, Mexico, Venezuela and Nigeria have ended up were they to have enjoyed the same careful, uncorrupted management of fossil fuels?)  Yet the vision, the intensity and the success of the UAE urban system will exert mighty pressures on the environment, the cultural patrimony, and the Emiratis who, like the sorcerer’s apprentice, show no signs of staying the hand on the magical source of growth.