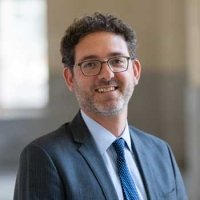 Russia’s military success in Syria over the past four years has shined a most unfavorable light on the assertion – made routinely by United Nations, US, and other Western diplomats – that there was “no military solution” to Syria’s brutal civil war. Less clear is whether Russia will be able to translate gains on the battlefield into a stable political solution. On this front, dark clouds are gathering.

On April 17, Aleksandr Aksenenok, former Russian ambassador to Syria and now vice president of the Russian International Affairs Council, published a remarkably bleak assessment of the situation in Syria and the ability of that country’s leadership to resolve it. “Damascus is not particularly interested in displaying a far-sighted and flexible approach,” he wrote, adding that “a sustainable settlement is impossible unless the fundamental socio-economic causes of the conflict and the mentality that triggered it are eliminated.” Although Russia’s military operations had been successful up to this point, he concluded: “it is becoming increasingly obvious that the regime is reluctant or unable to develop a system of government that can mitigate corruption and crime and go from a military economy to normal trade and economic relations.”

Aksenenok has been critical of Damascus before, but never so directly. The concurrent publication of an article accusing the Syrian president of corruption in a paper owned by Yevgeny Prigozhin, a close ally of President Vladimir Putin, and of a poll indicating that Bashar al-Assad’s popularity within Syria had fallen to 32 percent, have fueled speculation of a coordinated media campaign aimed at publicly signaling the Kremlin’s displeasure.

If so, this would be a worrying development for Assad, whose military machine is almost entirely dependent on Russian airpower, weapons, and technical expertise. But the alternative – that the pieces were published independently – would be just as significant, as it would suggest more general frustration with Russia’s main Syrian partner bubbling to the surface.

What might this mean for the future of Russia’s involvement in Syria?

The two countries have cooperated since the mid-1950s, but the partnership has been more transactional and strained than is sometimes acknowledged. During the Cold War, Russian officials fretted about Syria’s adventurous foreign policy and, despite substantial aid, found Hafez al-Assad difficult if not impossible to control. When the Soviet Union collapsed, ties frayed, only to be restored around 2005, when Russia’s desire to assert an independent foreign policy, including in the Middle East, intersected with mounting Western pressure on Syria.

The two countries have cooperated since the mid-1950s, but the partnership has been more transactional and strained than is sometimes acknowledged.

Since the 2011 uprising, and especially after 2015, Russian support has been robust, but Russian officials – including Putin himself – have consistently distanced themselves from the person of the Syrian president. Throughout multiple rounds of UN-brokered peace talks in Geneva, Russian diplomats insisted they were “not wedded to Assad.” Some believe this was never more than a ruse, intended to manipulate hopeful Western officials and buy time for Russia to consolidate Assad’s position. Certainly, this approach afforded Russia more flexibility than did President Obama’s call for Assad to “step aside.” But it also reflects the fact that Russia’s support was never about Assad (or even Syria) in the first place. Rather, it was motivated by the desire to prevent the United States from toppling another unfriendly regime, ending Moscow’s isolation over its actions in Ukraine, and ensuring continued access to the Mediterranean. In this, Assad has been a tool and, under the right circumstances, probably a dispensable one.

This should not be taken to mean that Russia is now prepared to accept a political transition in Syria along the lines laid out in UN Security Council Resolution 2254, for several reasons. The fear that Assad’s removal could lead to the chaotic collapse of the highly-personalized political system his father helped to build more than forty years ago makes that approach too risky. At a more practical level, Iran’s steadfast support for Assad limits Russia’s influence over domestic politics. And, probably above all else, Russia has placed Syria at the center of a narrative that emphasizes Russia’s defense of national sovereignty and reliability as a security partner. Any whiff of capitulation to the United States on Assad’s fate would puncture that narrative in ways that would negatively impact Russia’s foreign policy aspirations far beyond Syria.

...Russia has placed Syria at the center of a narrative that emphasizes Russia’s defense of national sovereignty and reliability as a security partner.

Nevertheless, the challenges for Russia are daunting. The first is military: Turkey and the United States stand in the way of a complete victory, leaving a major concentration of hardened fighters and extremists in Idlib province, close to Russia’s Hmeimim base, and denying the government access to oil and gas resources in the east. While the future of the US military presence is uncertain, Turkey’s military build-up suggests it is planning to stay. At the same time, an insurgency is brewing in the south, an area in which Russia was deeply involved in a series of de-escalation agreements and where Russian military police continue to patrol.

Politically, Assad has once again dug in his heels, undermining even the modest aspirations of the UN-led process to reform Syria’s constitution that Russian officials initially touted as an important step on a “long road” to peace. As political scientists have found in other contexts, military assistance does not necessarily translate into influence; in Syria, Russia’s success in stabilizing Assad’s government may have left Moscow with less leverage, not more.

In fairness, Syria has always been difficult to govern. Depending on how you count, there were at least five coups d’état between independence in 1947 and the “corrective movement” that brought Hafez al-Assad to power in 1970. The Assad family imposed order by building a ruthless security state, cloaking its Alawite character in Ba’athism, and playing up the Palestinian cause to bolster its domestic legitimacy. Of these three methods, only the first appears to have survived the civil war. A more able politician might co-opt former opponents and draw on Syrian patriotism or the incredible resilience of the Syrian people to begin to heal the wounds of war. But Bashar al-Assad is not that leader, and Russia knows it.

A more able politician might co-opt former opponents and draw on Syrian patriotism or the incredible resilience of the Syrian people to begin to heal the wounds of war. But Bashar al-Assad is not that leader, and Russia knows it.

Finally, there is the economic challenge. Russia’s gamble that the United States and European Union would ultimately accept a cosmetic political deal and foot the bill for reconstruction – if only to stem the flow of refugees – is not panning out. Instead, tightened US sanctions and the collapse of the Lebanese banking system are eroding what’s left of Syria’s economy. In the absence of a “peace dividend,” Assad is mollifying those who remained loyal with property and businesses appropriated from Syrians who fled during the war. Russia, meanwhile, is finding it difficult to extract economic benefits in Syria that would help offset the costs of its military campaign.

Make no mistake: those costs are sustainable, and on balance Putin’s intervention in Syria continues to look to many Russians and others like a major success. The military threat to Assad’s rule is over. Russia has tested and found new markets for its weapons systems. Its relationships with Iran, Turkey, Israel, and the Gulf states have all deepened, and its prestige in the region has been greatly enhanced. Nevertheless, it is hard to see where further gains will come from, and there may be heavier costs if the situation deteriorates further. The collapse of oil prices and economic disruption resulting from COVID-19 make these issues more urgent.

In Assad, Russia found a willing if highly-imperfect partner. It is ironic, though perhaps predictable, that at just the moment many in Europe, and at least some in the United States, have accepted his continued rule, Russian frustration with Assad is growing. Nevertheless, for the time being, Assad and Russia still need one another. It may be that Moscow is prepared to accept Syria as a failed state in which Russia can continue to act as an arbiter among regional and international powers, while waiting for opportunities to emerge in the future. But Putin would almost certainly relish the chance to play peacemaker. In that case, Russia will need to convince others, especially Turkey and the United States, that it is prepared to use the leverage it still has in Damascus. Otherwise, Assad will spoil its plans.