Skip to main content
Support
Explore More
Close
External link
Governance
Russia may become the only non-NATO nation in the Arctic, sparking fears of conflict
Share on FacebookShare on TwitterShare via Email
SharePrint
Part of the Viewpoints Series
Article

Beyond Elections: The Future of US-Iran Relations 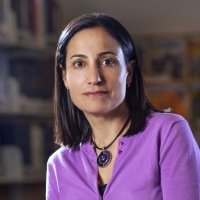 What the recent presidential elections in Iran show is that hardliners are consolidating control and preparing for the succession of an aging Supreme Leader. For Iranians, particularly within the country’s decimated reform movement, the outcome is significant and bleak. But for US-Iranian relations, the election of Ebrahim Raisi is unlikely to deliver much change.

Of course, personalities matter. President Hassan Rouhani’s team of diplomats on the nuclear file are familiar faces and have directly engaged with American officials, including key members of the Biden administration. The Raisi administration could bring in a new set of negotiators more aligned with the new President in current efforts to revive the JCPOA, complicating negotiations. On the other hand, Iran’s interest in sanctions relief – the primary reason the Supreme Leader authorized the original agreement in 2015 – will persist.

However, beyond the debates over how Raisi might impact the revival of the JCPOA, elections may prove less decisive on key strategic questions. Structural domestic constraints in both Iran and the United States will likely limit any transformational shift in US-Iranian relations.

Raisi – Giving up the West?

Let’s start with the deeper constraints to normalized relations on the Iranian side. Yes, Rouhani sought more engagement with the West, especially with Europe, and staked his tenure on the benefits of nuclear diplomacy as a means to revive Iran’s economy. But this was before President Trump withdrew the United States from the nuclear deal in 2018. All factions in Iran were disappointed with Europe’s inability to maintain the economic benefits of the agreement despite Iran’s continued compliance in the first year after the American withdrawal. It became difficult for any Iranian leader to tout an agreement that failed to produce economic dividends but led to economic hardship as the Trump administration turned to a “maximum pressure” policy that hurt the Iranian people as much as its leadership.

After Trump’s withdrawal and the experience with the maximum pressure policy, the space for wider engagement became even more untenable.

Iran countered US pressure by expanding its nuclear capabilities and lashing out with military strikes on oil infrastructure in neighboring Arab Gulf states and American forces in Iraq. Iran’s continued turn to the East, particularly its growing relationship with China, also accelerated during this period. Its strategic alignment with China is not as groundbreaking as headlines suggest, given China’s need to balance its relationship with other regional partners (including Israel and Saudi Arabia) and Iran’s own mistrust of China. Nonetheless, China has become a far more critical and reliable economic partner than Europe. This trend is unlikely to reverse regardless of Iran’s leadership.

Moreover, the possibility of a revived nuclear agreement opening the spigot to improved relations with the United States appears far-fetched. Even with high expectations for improved US-Iran ties following the JCPOA, the most President Obama could get was a phone call with Rouhani. After Trump’s withdrawal and the experience with the maximum pressure policy, the space for wider engagement became even more untenable. Rouhani made it clear from the earliest days of the Biden administration that Iran would not negotiate a new deal—Iran expected a US return to the original deal, no less and no more. Arguably, this may have been merely a starting position, but in the current regional climate, it is unlikely the Supreme Leader would have given a much longer leash for talks beyond the nuclear issue.

With a hardline President in Raisi, who is even less interested in engagement with the West beyond obtaining nuclear-related sanctions relief, the possibility of a new and broader nuclear agreement, let alone agreements on contentious issues like missiles and militias, appears even more remote. Hostility to the United States may not be the galvanizing force for Iran’s revolutionaries that it once was. But these hardliners are unlikely to see normal diplomatic relations with America as essential to the survival of the Islamic Republic.

And for many in the U.S. establishment, that may be just as well.

Biden – Stuck in the Box

Indeed, the constraints on the US side to normalizing relations with Iran also transcends political parties and presidential elections. The Trump administration may have been the most openly hostile to the Islamic Republic, but every U.S. administration since 1979 has turned to containment of Iran as the default position. The legacy of the hostage trauma, followed by years of Iranian-backed terrorism against US interests and hostile rhetoric toward both the United States and Israel, reinforced existing biases among the American policy community which portrays Iran as an abnormal state—unusual and distinct from other dangerous adversaries. While nearly every US administration has contemplated a strategic opening to Iran, such policies never won the day.

This long history of hostility, so cemented in American domestic politics today, limits how far any US administration may be willing to go in resetting relations with Iran.

This long history of hostility, so cemented in American domestic politics today, limits how far any US administration may be willing to go in resetting relations with Iran. American policymakers see little political upside to normalizing ties, and very few (if any) advocate within the government for doing so. Indeed, American politicians have viewed hostility toward Iran as a useful political stance from Reagan to Trump. Even President Biden, who vocally advocated for the US return to the JCPOA during the presidential campaign, was slow to pursue this commitment once in office. To be sure, the return to the JCPOA involves complex negotiations given the web of sanctions Trump imposed beyond nuclear-related measures, and the advances the Iranians have made in their nuclear program since the US withdrawal. But with the right political will, reviving the JCPOA should not be as difficult as negotiating the original agreement.

The Biden administration currently seems invested in reviving the deal, but after months of delay and lingering mistrust, it is not as clear whether the Iranians are as eager. If the Iranians do not believe they will get the necessary sanctions relief in the deal’s implementation, or if they think that they can survive by exporting oil and trading with countries willing to flout America’s secondary sanctions, the survival of the JCPOA may not be as likely as many now believe to be the case. Even if negotiators manage to restore the deal, it is not clear the Biden administration would have the political bandwidth to deliver additional sanctions relief that would be necessary for a follow-on nuclear agreement further constraining Iran’s nuclear program. And it is nearly certain that Israel, whose views the Biden administration will actively consider in any future agreement, will not support concessions to Iran—whether those set by the original deal or additional ones to revive it.

The Iranian election comes just after the domestic triumph of a broad coalition seeking the removal of Benjamin Netanyahu from office in Israel. The new Israeli government will no doubt pursue a far less confrontational approach with the Biden administration, a welcome contrast to Netanyahu’s highly public and politicized stance. Differences are more likely to be aired behind closed doors. But the substantive Israeli posture on Iran is also unlikely to change.

It is possible that a successful revival of the JCPOA, and verifiable Iranian compliance, may lower the tempo of Israeli-Iranian tit for tat attacks.

Indeed, Iran’s adversarial relationship with Israel could worsen, creating an additional consideration for any American president seeking better relations with Iran. The attack last April on Iran’s nuclear enrichment facility in Natanz, widely attributed to Israel, was not just an ad hoc effort to scuttle nuclear talks that began in Vienna. It is the continuation of a deliberate Israeli strategy, coined several years ago by then-Defense Minister and current Prime Minister Naftali Bennett as the “Octopus Doctrine,” to strike Iran directly, not just its allies like Hezbollah. We have seen this strategy play out with multiple attacks on Iran’s nuclear facilities, assassinations of its nuclear scientists, and a cyber and maritime conflict. Unlike the experience with the original JCPOA, when Israel stopped discussing military options once serious diplomacy was underway, the Israelis do not appear so constrained this time around.

It is possible that a successful revival of the JCPOA, and verifiable Iranian compliance, may lower the tempo of Israeli-Iranian tit for tat attacks. But it is unlikely that any terms for a revived JCPOA will satisfy Israeli concerns. The odds are that escalation will continue during and after diplomacy in Vienna.

In this context, and combined with an unsavory Iranian President responsible for egregious human rights abuses, the Biden administration will find it difficult to build on the nuclear agreement, assuming it survives, or to move toward additional agreements or more normalized relations.