As Brazil's Rouseff Reels From Crisis, Opportunity for Reform Emerges

Brazil is facing its worst crisis in 70 years. Its economy is mired deep in a recession that will last at least until 2017. The political scene is in disarray, with a president who was re-elected just a year ago now chastened by approval ratings in the single digits. No opposition leader or party is considered a viable replacement for the Workers’ Party, which has held power since 2003.

Fear pervades the business community – not only due to the country’s macroeconomic woes but also because of an anti-graft investigation by federal police that resembles Italy’s ‘clean hands’ investigation of the 1990s. The operation is dramatically reshaping the traditionally venal relationship between large companies and the state in sectors such as construction, energy and transport.

The silver lining is that the democratic institutions Brazil has built since the end of its military regime 30 years ago continue to prove strong and effective. The Public Prosecutor’s Office, the Federal Police Department, Congress, the courts, civil society and the press are all functioning well, while enjoying freedom and independence. The military, under civilian command, is fulfilling its constitutional duties – and it is unimaginable that it would ever intervene in the political process, as was the norm throughout most of the last century. 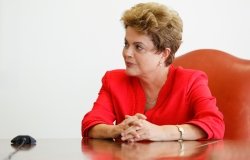 Article
Democracy
Brazil's Rousseff - is this the beginning of the end? A new poll suggests it is
By Paulo Sotero on September 16, 2015