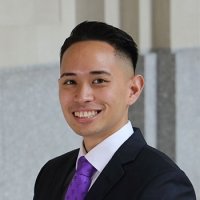 Whichever leader becomes Canada’s prime minister after September 20 will have to navigate Canada’s relations with China in an increasingly competitive world between Beijing and Washington. The national leaders debate last week illustrated either a Liberal or Conservative-led government will continue to struggle with the China conundrum until tensions between Beijing and Washington ease.

Kissinger Institute on China and the United States
ElectionsNorth AmericaCanada

At the first and only English debate in the 2021 Canadian federal election last week, the five-party leaders went head-to-head briefly on Canada’s relationship with China - a foreign policy issue that has been largely absent from the campaign trail.

The Canada-China relationship is now defined and constrained by the plight of the “Two Michaels,” Michael Kovrig and Michael Spavor, having been arbitrarily detained in retaliation for Canada’s cooperation at the request of the United States (U.S.) in arresting Huawei Chief Financial Officer Meng Wanzhou for extradition. Imprisoned for more than 1000 days, the Two Michaels were at the forefront of the debate on China. The other party leaders challenged Mr. Trudeau for having not done enough to secure their release. Mr. O’Toole accused Mr. Trudeau of “having not fought for the Two Michaels and put pressure on the Communist regime.” Mr. Trudeau responded to Mr. O’Toole by saying, “If you want to get the Michaels home, you do not simply lob tomatoes across the Pacific.”

Conservative Leader Erin O’Toole pressed the attack on Mr. Trudeau, accusing him of ‘being absent’ on issues that have challenged Canada-China relations, such as Huawei, Hong Kong, the Uighurs minority in Xinjiang, and the Two Michaels. Bloc Québécois party leader Yves-François Blanchet was even more direct in saying, “throwing tomatoes might not be a solution … but, doing nothing might not be a solution either.”

Mr. Trudeau rejects the notion that his government has been doing nothing. He cited work with allies and partners, including the United States, to add pressure on China. Moreover, he emphasized that ‘Canada’s voice has been very strong’ in working with the international community in several multilateral fora to challenge China on human rights issues, but also compete against China economically. His response aligned with his government’s framing of Canada’s complex relationship with China over the last few years - Canada will co-exist, cooperate, compete, and challenge China.

With the margins between the Liberals and the Conservatives narrowing ahead of the election on September 20, the likelihood of a Conservative government led by Erin O’Toole has become possible within the last leg of the campaign. An O’Toole government would reconfigure Canada’s relations with China, taking a tough stance on virtually all matters, such as diplomacy, human rights, trade, and investments. The fundamental difference between both parties is their stance on a China-led by the Communist Party of China, and how Canada should engage with its government.

In the Liberal platform, China was only explicitly mentioned once alongside Russia and Iran, which stated that a Liberal government would commit to combatting authoritarianism and foreign interference. In contrast, the Conservative platform mentioned China approximately thirty times with thirteen concrete points dedicated to ‘Standing Up to China’s Aggression.’

If elected, some of the points the Conservatives would adopt, include banning Huawei from Canadian 5G infrastructure, utilizing the Magnitsky sanctions law to sanction Chinese human rights offenders, working with our allies to build a “coalition of democracies,” withdraw Canada’s membership in the Asian Infrastructure Bank, shift trading relations from China to other Indo-Pacific and African countries. As China’s leadership, the Conservatives state their “issue is with China’s communist government and leadership” and that China’s leadership represent a threat to Canada’s interests and values. The direction of a Conservative-led government would be highly adversarial and hawkish on China with the overall aim of reducing Canada’s overall reliance and relations with China.

The platform prompted a rebuke from China’s Ambassador to Canada Cong Peiwu and state-run Global Times.The Global Times characterized the platform as being ‘hostile,’ which would cater to fostering an ‘toxic anti-China atmosphere’ in Canada. The warning from the state-media outlet: “If the Canadian government puts those hawkish words into action, it will invite counterstrikes from China, and Ottawa is the one to suffer.” In an interview with the Hill Times, Ambassador Cong Peiwu referred to the Conservatives by saying, “Some people put their personal political interests above the interests of the Canadian people as a whole and hype issues related to China.”

The four-on-one debate and campaign rhetoric from the party leaders depicted a troublesome image on the future of Canada-China relations. Despite Mr. Trudeau’s attempt to defend his government’s approach to China since the downward spiral of Canada-China relations in 2018, it remains unclear how the other party leaders would vastly differentiate their response to an increasingly aggressive and assertive ‘global China.”

Unlike the U.S., which can place detrimental sanctions, tariffs, and restrictions on China, Canada does not possess the same arsenal – a reality the other political leaders failed to emphasize to the Canadian public, opting to vaguely state that Canada must work with its allies and partners in standing up for our values and interests. In comparison to Mr. Trudeau, a seasoned veteran in experiencing the frosty relationship between Ottawa and Beijing, the other party leaders, including Mr. O’Toole, are naïve if they believe Canada can effectively confront China given the ‘Canadian arsenal.’

The Canadian public is not responding to mere hype when expressing concern over Canada’s relations with the United States and China, and the potential for Canadian interests to become hostage to U.S.-China tensions. Whichever leader is Canada’s prime minister after the September 20 election, the risks for Canada will persist until tensions between Beijing and Washington ease.