Skip to main content
Support
Show
Live Now
China’s Soft Power Projection in Africa
Show
Live Now
Race to the Top? Electric Vehicles as a Road to Carbon Neutrality in the U.S. and China
Explore More
Close
Article
Conflict Resolution and Peacebuilding
The American Experience with Conflict Resolution
By Michael Kugelman on May 21, 2020
Share on FacebookShare on TwitterShare via Email
SharePrint
Article

Today we are all living in an era of multiple conflicts. Be it at any level; interpersonal, intergroup, interstate/intra-state or at the international stage. To resolve these conflicts is the greatest need and challenge not only to our polity and civil society but also to our national and international security.

Conflict resolution practices/skills by themselves, do not attempt to impose any preconceived resolutions to the parties in conflict, but they only try to facilitate a peaceful solution through dialogues, discussions, negotiations and other collaborative processes. While dialogues alone, might not lead to an eventual settlement of a conflict but it certainly is a necessary pre-requisite and will remain a fundamental component for resolution of any conflict.

India is the largest democracy in the world and has a long record of engaging in dialogue with those who oppose the state and what it stands for. Amartya Sen attributes India’s democratic longing for peaceful existence to dialogical traditions, heterodoxy, and public reasoning in Indian ethos.1

The Indian heritage and religious philosophical beliefs provide an important orientation towards resolution of conflicts. It has given birth to many religions of the world and they have lived in peaceful coexistence with each other since hundreds of years. This has been possible because of India’s ethos of plurality, humanism and openness, its sense of adaptability and the power of assimilation. The ancient Indian heritage of Buddhist, Hindu, Medieval Sufi & saints’ teachings, Vedantic, Advaitic and Jain Philosophy all embrace peace and love.

Sen traces the tradition of secularism in India back to the tolerant and pluralist thinking in the writings of Amir Khusrau in the fourteenth century and to the non-sectarian devotional poetry of Kabir, Nanak, Chaitanya and others. And this ‘tradition got its firmest official backing from Emperor Akbar’ who believed in tolerant multiculturalism.2

The religious-philosophical treatise of ancient India be it the Upanishads, Brahma Sutra or the Bhagvad Gita, believe in pacifism and humanitarianism but also accepted violence as legitimate when it is a matter of safeguarding order as a whole. The Indian tradition does not categorically prohibit the use of violence, in spite of it extolling Ahimsa (non-violence) as the greatest virtue. Mahatma Gandhi too considered it as the prime factor in attaining peace and harmony ultimately leading to conflict reconciliation.

One of the prominent examples of engaging the civil society leadership in mobilizing public opinion towards resolution of conflict was the first talks between the Maoists and the government of Andhra Pradesh in 2004. Since 1967, the left-wing revolutionary movement known as Naxalism3 has been active with the aim of overthrowing the state through violence, it has been active across eleven states in the South and Central India.

By the 90’s the conflict had reached such a violent stage wherein the large sufferings of the rural society merited civil society intervention, so much so that a group of civil liberties activists, former bureaucrats, journalists and lawyers formed the Committee of Concerned Citizens (CCC), to mobilise public opinion in favour of the talks, henceforth ensuing the peace process. It was only after consistent, persistent and sustained efforts of not less than five years that the CCC succeeded in building a public constituency. Subsequently, in 2002 and 2004 it brought the revolutionaries and the State government to the table for negotiations.4 Another prominent civil society organization formed by the women, is the Naga Mother’sAssociation (NMA)5  which has been working since more than two decades to address conflict related issue in Nagaland.

The tribal communities of the North East India practice and believe in their indigenous institutions of governance and conflict resolution. The Sixth schedule of the Indian Constitution also known as the “mini Constitution”6 further upholds and protects these unique norms, practices and institutions from the outside influence, helping these indigenous Conflict Resolution mechanisms to sustain even today.

The indigenous communities of Khasi, Jaintia and Garo Tribes of the Meghalaya state use their own traditional  mechanisms like Nokma (considered peacemakers as they are called first to resolve petty quarrels, thefts and marital discord cases) and Dorba (a three-level arrangement of Governance giving directives on daily administration and disposal of cases on community conflicts).

In the state of Manipur, the traditional Kuki conflict resolution institution of Hemkham7 (present day cease-fire) Toltheh, and Salam Sat are used for resolving family related conflicts. The Kuki Village court is one of the fastest courts in the world where there is no pending of cases and the court restores the sinner back to his/her normal life. The indigenous dispute resolution mechanism in the villages, like the Nyaya panchayat8 (council of Justice /village Courts), Gram Kachahari’s, Khap Panchayats9 in the North West and Katta Panchayats in Tamil Nadu are also continuing their traditional dispute resolution practices. However, today the main challenge is how to fully explore and address the competencies and compatibilities of these traditional institutions of conflict resolution and peace building in relation to their modern state based counterparts.10

Politics as an instrument of Conflict resolution

Politics deals not only with the State and its institutions, but is beyond that. It cannot be separated from the social fabric of which it is a part of and where it operates, but should be seen as one of the vital elements of the complete social process. Political parties, political activities, governance issues, elections etc. are life line of the democratic political processes, having a  great role in voicing and articulating the demands of the grieved citizens, thus helping in establishing  a vital link between the civil society and the state.

Some examples of good governance can be seen by setting up of inter –state water tribunals by the Indian Government to resolve the major interstate water conflicts; Garib Kalyan Melas in Gujrat,11Krushi Mahotsav,12Gunotsav,13Samras Yojana14 etc. Another example of the successful story was the striking of the peace deal in Nagaland, which is one of the oldest armed ethnic conflict and it took more than sixty years to strike the breakthrough with the culmination in the Naga Peace Accord.15  Assam Accord16 was another Memorandum of Settlement (MoS) initiated by the Indian Government.

1 Sen, Amartya. The Argumentative Indian: Writings on Indian History, Culture and Identity. London: Penguin, 2005.
2 Rev. Dr. Selvam Robertson, Christian identity and witness in the present Day Hindutva Nationalism, june23,2019, Accessed on: 5-01-2020, https://robertsonselvam.wordpress.com/blog/.
3 Naxal is a loose term used to denote groups waging a struggle on behalf of the landless laborers and tribal/indigenous communities against the landlords, industry and the central and the state government.
4 Conflict Resolution, Learning lessons from the Dialogue processes in India. The Centre for Humanitarian Dialogue and the Delhi Policy Group, July 2011.
5 NMA is a prominent civil society organization formed by women in Nagaland to address problems of conflict and violence and it helps in creating a platform to address the disparate voices.
6 SIXTH SCHEDULE.” Ministry of External Affairs. Accessed on: January 9, 2020.  https://www.mea.gov.in/Images/pdf1/S6.pdf
7 This is a traditional Conflict resolution mechanism wherein killing/violence is stopped and negotiations begins.
8 These are traditional village-based dispute resolution courts dealing with petty civil and criminal cases within the village.
9 Khap panchayat is the union of a few villages, mainly in north India though it exists in similar forms in the rest of the country. Lately they have emerged as quasi-judicial bodies that pronounce harsh punishments based on age-old customs and traditions, often bordering on regressive measures to modern problems.
10 Upadhyay, Anjoo Sharan and Priyankar Upadhyaya 2016. Traditional Institutions of Dispute Resolution in India: Experiences from Khasi and Garo Hills in Meghalaya. Berlin: Berghof Foundation.
11 The mela or the fair is held at different locations across the state, poor people are given benefits of various government schemes. Various government departments take part in the mela, including Social Justice & Empowerment Department, Tribal Welfare Department and Women & Child Development Department.
12 Krushi Mahotsav is unique initiative of the Gujarat Government that helps agro-sector of the state scale newer heights and celebrates the qualitative change it brings with it in the lives of the farmers.
13  Gunotsav is a quality enhancement initiative of the State for bringing about improvement in learning levels of students at Elementary level.
14 Village people gather and decide representatives from among them unanimously for the administration of Gram Panchayat, where many persons give up their rights, act in unsparing way for society and adopt noble approach for higher purpose of welfare of the people and also initiate developmental works in the village.
15  The Naga Peace accord signed on 3 August 2015 between the Government of India and the Nationalist Socialist Council of Nagaland to end insurgency.
16 Signed Between representatives of Indian Government and the leaders of the Assam Movement signed on 15th August 1985 in the presence of then Prime Minister, Rajiv Gandhi in New-Delhi.
17 Peter Coleman, Morton Deutsch, Eric C. Marcus ed., The Handbook of Conflict resolution Theory and Practice, Third Edition, 2014, Jossey-Bass a Wiley- Bass.

This piece is part of a joint research collaboration project between the Woodrow Wilson Center and the Centre for Land Warfare Studies in New Delhi.

Conflict Resolution: Perspectives from India and the United States 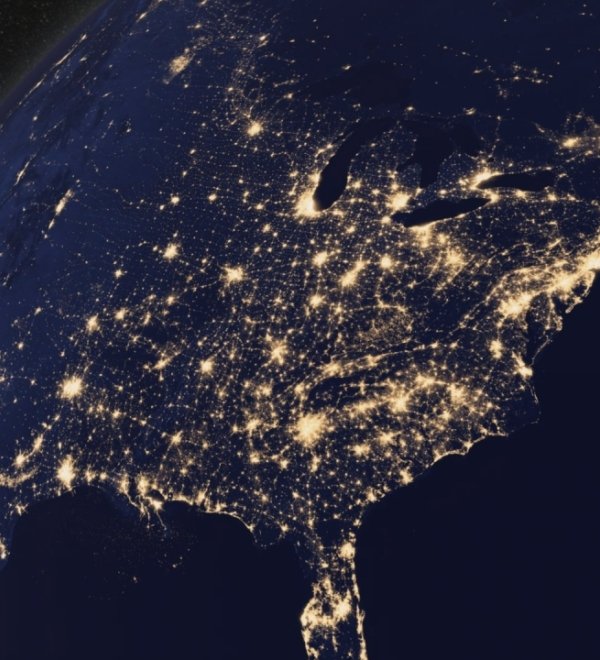 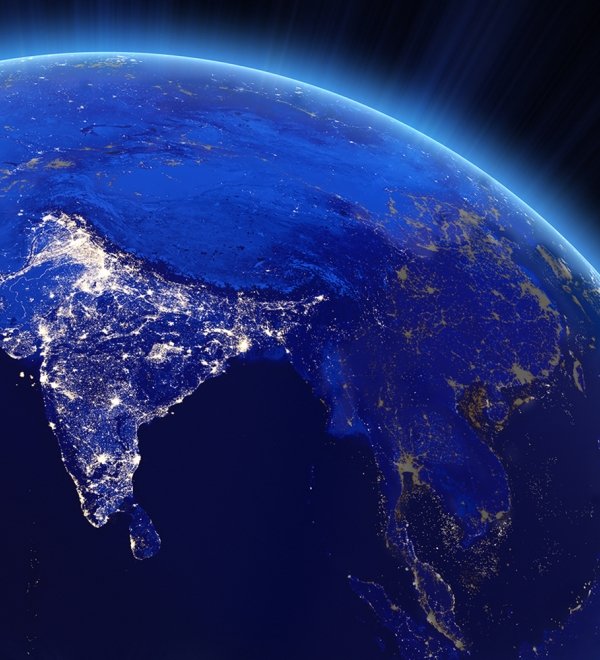