Criminal Agendas and Peace Negotiations: The Case of Colombia

The objective of this paper is to analyze how criminal agendas were addressed during the peace negotiations between the Revolutionary Armed Forces of Colombia (FARC) and the Government of Colombia (2012-2016) and to highlight key lessons that can be drawn for future application.

Illicit and criminal economies, ranging from drug trafficking, illegal mining, kidnapping and extortion have shaped the nature, dynamics and duration of the 52-year long conflict in Colombia. As FARC leadership and representatives from the Colombian Government entered the peace talks in 2012, there was no escaping the need to take into account criminal agendas on the prospects of peace in the country. Negotiators recognized that criminal agendas were a threat to the process but also to the very social fabric of the country and developed key innovations to tackle them, including:

Despite these innovations, a series of challenges and unintended consequences threatened the viability of the negotiation process and the ultimate agreement:

To tackle these challenges, this paper identifies a series of policy recommendations for both national and international actors supporting the peace process and its implementation.

Managing Director of the SecDev Group 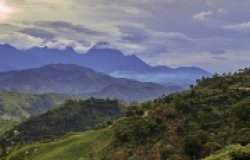 Event
Conflict Resolution and Peacebuilding
After the Peace Agreement: What Next for Colombia?
On Friday, February 17, 2017 at 9:00 – 1:00 ET 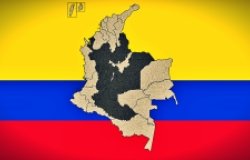 Article
Conflict Resolution and Peacebuilding
Voting for Peace: Understanding the Victory of “No”
By Eduardo Álvarez-Vanegas on October 21, 2016