Mexico Institute Director Duncan Wood discusses the capture of the drug lord Joaquín “El Chapo” Guzmán and the larger issues surrounding his arrest. That’s the focus of this edition of  Wilson Center NOW.

Duncan Wood is the director of the Mexico Institute at the Wilson Center. Prior to this, he was a professor and the director of the International Relations Program at the Instituto Tecnologico Autonomo de Mexico (ITAM) in Mexico City for 17 years. He has been a member of the Mexican National Research System, an editorial advisor to both Reforma and El Universal newspapers, and is a member of the editorial board of Foreign Affairs Latinoamerica. In 2007, he was a non-resident Fulbright Fellow and, between 2007 and 2009, he was technical secretary of the Red Mexicana de Energia, a group of experts in the area of energy policy in Mexico. He has been a Senior Associate with the Simon Chair and the Americas Program at the Center for Strategic and International Studies (CSIS) in Washington, D.C. His research focuses on Mexican energy policy, including renewable energy, and North American relations.

John Milewski is the executive producer and managing editor of Wilson Center NOW and also serves as director of Wilson Center ON DEMAND digital programming. Previously he served as host and producer of Dialogue at the Wilson Center and Close Up on C-SPAN. He also teaches a course on politics and media for Penn State’s Washington Program. 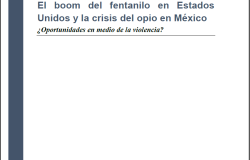