Ricardo Renzo Brentani, president of FAPESP’s Board of Director, died Tuesday, November 29 following a heart attack. Professor emeritus at the Universidade de São Paulo School of Medicine (FMUSP), Brentani was president of the Antônio Prudente Foundation, which maintains the Hospital A.C. Camargo, and coordinator of the Antônio Prudente Center for Cancer Research and Treatment, one of FAPESP’s Centers for Research, Innovation and Diffusion. He was director of the Ludwig Institute for Cancer Research.

“I deeply mourn the unexpected death of our dear friend and professor, Ricardo Brentani, chair of the FAPESP Executive Board. Professor Brentani, professor emeritus of FMUSP, academic leader and internationally renowned researcher, team leader and consolidator of institutions such as the Hospital A.C. Camargo, contributed, with his strong personality and sharp intellect, in uncountable ways to the elevation of FAPESP’s level of quality. He will be missed by all of us—his friends and workmates,” said Celso Lafer, FAPESP president.

Member of the Brazilian Academy of Sciences (ABC), Brentani received numerous prizes and medals of honor such as the Brazilian Great Cross of the National Order of Scientific Merit, the National Academy of Medicine’s Costa Junior Prize and the Conrado Wessel Foundation Science and Culture Prize.

In August, he was graced with the Octavio Frias de Oliveira Award for “Outstanding Personality.” Sponsored by the São Paulo Cancer Institute in partnership with Folha publishing group, the award aims to recognize new knowledge on cancer prevention and treatment.

“If I have any merit that justifies my nomination for the prize, I must share it with my wife, Maria Mitzi Brentani, with Isaias Raw, who taught me to like studying and growing, and with the enormous number of young people who believed in me throughout my career,” Brentani said in his acceptance speech.

One of the principal names in the world of cancer research, Brentani mainly worked on studies related to the role of the nucleus in processing mRNA, the characterization of collagen and cellular adhesion and metastasis.

Brentani was the first full professor in the oncology department at a Brazilian university. At the beginning of the 1980s, Brentani was chosen as the ideal individual to head up a São Paulo arm of the Ludwig Cancer Research Institute.  The institution would soon become a national and international reference for oncological studies and major repository of scientific leadership.

In October, Brentani participated in FAPESP Week in Washington, D.C., where he spoke on the topic "Molecular genomics and genetics in the management of cancer". He had been chair of the FAPESP’s Board of Directors since 2004. 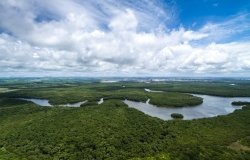 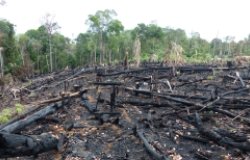