Former Wilson Center fellow Tim Golden has been nominated for a News and Documentary Emmy Award for co-directing and writing the investigative documentary Elián. The documentary, which premiered in Washington D.C. at a screening at the Wilson Center, follows the story of the custody battle for Elián González.

Former Wilson Center fellow Tim Golden has been nominated for a News and Documentary Emmy Award for co-directing and writing the investigative documentary Elián. The documentary, which had its first screening in Washington, DC at the Wilson Center, follows the story of the custody battle for Elián González.

Reaching the United States on Thanksgiving 1999, five-year-old Elian was found clinging to an inner tube off of the Florida coast. With his mother and ten others having drowned on the route from Cuba to the United States, the ensuing custody battle between Elián’s relatives in Miami and his Cuban father became one of the biggest television news stories of modern times. With the custody battle as a backdrop, the documentary explores the struggles of the González family in the context of the Cuban-American community as a whole and U.S. policy toward Cuba.

Immediately following the screening in May of 2017, Golden moderated a discussion panel, which included Gregory Craig, a former White House Counsel for President Obama and lawyer for Juan Miguel González; Carlos Saladrigas, chairman of the Cuba Study group; and José Cárdenas, a former Washington director of the Cuban American National Foundation.

While at the Wilson Center, Golden worked on “An Investigative History of the Guantanamo Bay Detention Center.” Additionally, his career as a journalist includes 20 years as a senior writer for The New York Times. He was the founding managing editor for news and investigations at The Marshall Project, a nonprofit news organization focused on the U.S. criminal justice system. 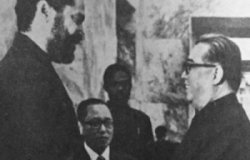 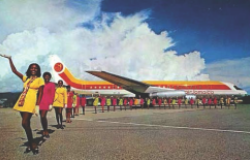 Blog post
Cold War
Stewardess as Aerial Ambassador: What Gender Can Reveal about U.S.-Jamaican Foreign Relations
By Phil Tiemeyer on May 21, 2018

Publication
Economics and Globalization
#133 Toward a Comparative Analysis of Small, Open Economies in the Caribbean 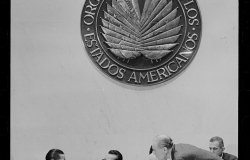 Blog post
Cold War
Cuba and the OAS: A Story of Dramatic Fallout and Reconciliation
By Stella Krepp on December 18, 2017 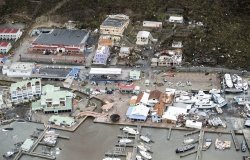 Video
Climate
Resilience in the Aftermath of Hurricane Irma 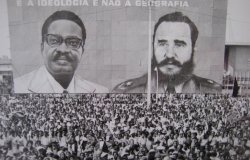 Blog post
Archives
Inside the Closed Cuban Archives
By Piero Gleijeses on July 31, 2017