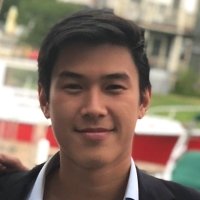 Citgo has long been a household name in the United States, fueling the American automotive industry through a network of 5,000 gas stations and three refineries. For many years, the company served as an economic lifeline to its faraway owners, the cash-strapped Venezuelan government. Now, it is a pawn in a multi-pronged battle involving the U.S. government, Venezuela’s creditors and the Venezuelan opposition leader Juan Guaidó, whom the United States considers Venezuela’s legitimate leader.

Over the past decade, arbitration claimants have sought to seize Citgo to cover various Venezuelan government obligations. Recently, the Venezuelan national oil company also defaulted on its corporate bonds, prompting a new wave of creditors to go after Citgo, which was posted as collateral and represents one of the country’s most valuable overseas asset. The Trump administration transferred these assets to Mr. Guaidó’s coalition and sheltered Citgo from creditors. But bondholders and arbitration claimants have continued to litigate, and the Biden administration inherited a thorny political and legal challenge. The new administration will have its first opportunity to weigh in when protections offered by the Trump administration expire this year. Should the Biden administration not intervene, it would leave Citgo vulnerable to seizure and sale.

Tracing its heritage back to the early 1900s and oil entrepreneur Henry Doherty, Citgo was sold to the Venezuelan state oil company, Petróleos de Venezuela (PDVSA), in 1986. At its peak, PDVSA controlled around 15 percent of U.S. sour crude oil imports, linking the world’s biggest economy to the world’s largest oil reserves. Though foreign owned, the company became a household name, operating nearly 15,000 Citgo-branded gas stations by 1997, more than any other company at the time. The Citgo sign in Boston’s Kenmore Square, overlooking Fenway Park, is a landmark.

In 2010, amid falling oil prices, former Venezuelan President Hugo Chávez floated the idea of selling Citgo’s service stations and refineries, a surprising proposal from a leader infamous for nationalizations and resource nationalism. Investment banks marketed Citgo for $10 billion, which PDVSA needed to cover its crushing debt obligations during a period of falling oil prices. Ultimately, Venezuela halted the sale after failing to attract bidders. Bondholders also objected, arguing that Citgo was one of Venezuela’s only reliable revenue sources. In 2016, PDVSA was on the edge of bankruptcy, the result of corruption, incompetence, underinvestment, substandard maintenance and low oil prices. To stave off default, PDVSA persuaded investors to defer repayment by offering 50.1 percent of Citgo shares as collateral. Two months later, it pledged the remaining 49.9 percent of Citgo shares as collateral for a $1.5 billion emergency loan from the Russian oil company Rosneft.

It wasn’t enough. As the country descended further into economic crisis, it began defaulting on billions of dollars of sovereign and PDVSA debt, with one exception – the government continued to pay bondholders who otherwise could make claims on Citgo, its largest overseas asset. Nevertheless, creditors who had loaned the government money launched a flurry of lawsuits to get their hands on Citgo, seen as the only viable option to recoup their large financial losses. One prominent arbitration claimant, Crystallex, argued that since Citgo was owned by PDVSA and PDVSA was directly controlled by the government, PDVSA assets should be available to settle the government’s debts. After a lengthy legal battle, Delaware courts ruled in favor of Crystallex in December 2018, authorizing the sale of Citgo shares owned by a PDVSA subsidiary, overruling measures put in place by the Treasury department. The Venezuelan government was on track to lose its most prized foreign holdings.

As it turned out, an unexpected geopolitical development offered Citgo an unexpected reprieve. In January 2019, the Trump administration, which had rejected Nicolás Maduro’s 2018 reelection, recognized Mr. Guaidó, the National Assembly leader, as Venezuela’s president. To pressure Mr. Maduro to step down, the Treasury Department unveiled sanctions designed to starve PDVSA and the regime of new financing. Under the rules, Citgo could operate only if it deposited its income into a blocked U.S. account. The administration also postponed any seizure and auction of Citgo assets, and permitted the Guaidó-led opposition to take over the company. Additionally, the Trump administration reprogrammed $52 million earmarked for humanitarian aid to Honduras and Guatemala to pay salaries to Venezuelan opposition figures and transferred $342 million in Venezuelan Central Bank funds held in the United States to Mr. Guaidó’s coalition.

To shield Citgo, now the crown jewel of the Venezuelan opposition, Mr. Guaidó’s lawyers asked a federal appeals court to keep bondholders at bay, arguing that the loss of the company would harm the opposition and undermine U.S. foreign policy goals in Venezuela. The opposition also argued that the Citgo-linked PDVSA bonds were invalid, as they had been issued without the required approval of the National Assembly. Federal courts ruled against Mr. Guaidó, but the Trump administration stepped in, approving a temporary shield from seizure. The protection was set to expire on January 19, 2021, but was extended to mid-year.

Still, the new deadline does not give the new administration much time to sort out the competing claims for Citgo. Should Mr. Biden not act, creditors would quickly seize and sell Citgo. Though the Biden administration said it recognizes Mr. Guaidó as Venezuela’s president, its approach to Citgo is uncertain. Meanwhile, the Maduro regime is ramping up its bid to reclaim overseas assets, including Citgo, a priority Mr. Maduro discussed in his state of the union speech in January 2021. A Venezuelan court recently convicted and detained six U.S. oil executives working for Citgo, and the regime threatened to arrest Jose Ramón Pocaterra, a Citgo board member appointed by the opposition, on charges of conspiracy, usurpation of public functions and obstruction of justice. Mr. Maduro also weakened Mr. Guaidó’s international standing by organizing fraudulent legislative elections in December 2020 that undermined Mr. Guaidó’s claims to the presidency. That maneuver could help bondholders and arbitral claimants argue against policies designed to maintain the opposition’s control over Citgo. U.S. federal courts are already anxious to see bondholders compensated for their losses. One federal judge ruled that all steps should be taken to prepare Citgo to be sold in case U.S. government protections are not extended, calling Venezuela’s ongoing nonpayment to creditors “an affront” to the U.S. judicial system.

But Mr. Biden also faces pressure to preserve Citgo’s protections. Mr. Maduro’s critics, including in South Florida’s large Latino community, consider Citgo central to the opposition’s bargaining power and a potentially vital source of income for rebuilding the country after a political transition. Debilitated by years of economic crisis and hyperinflation, Venezuela’s only path to recovery is the resurrection of its oil industry, which at its peak accounted for 95 percent of exports. The country has the world’s largest oil reserves, but most of it is heavy crude, leading to a historic dependency on dilution and refining by U.S.-based and other foreign firms. Before the sanctions, Citgo helped maintain Venezuela’s links to the U.S. oil sector. Moreover, Citgo’s income will be needed to pay for the rebuilding of Venezuela’s degraded oil industry infrastructure. After decades of mismanagement and corruption, Venezuela’s oil exports have plummeted to near zero.

For that reason, Mr. Biden is presumably in no rush to deprive the opposition of Citgo, despite pressure from U.S. holders of Citgo-related bonds. Indeed, he might decide to release more money to the opposition from Venezuelan regime assets in the United States, which accumulated under the Trump administration’s “maximum pressure” campaign. In 2019, Mr. Trump signed an executive order freezing all Venezuelan government assets in the United States, banning U.S. firms from transacting with the regime and threatening secondary sanctions against foreign companies that do business with Mr. Maduro’s dictatorship. A surprise even to some allies,  Trump’s sanction orders were the most severe economic punishment in Latin America since 1988, when the United States sought to isolate Panamanian strongman Manuel Noriega. In all, the United States froze an estimated $3.2 billion in Venezuelan assets in the United States, and sought to restrict access to at least $5 billion in other foreign jurisdictions. That has left Mr. Maduro increasingly reliant upon a handful of allies, including Iran, Russia and Turkey, for help evading U.S. sanctions. Mr. Maduro’s attorneys, meanwhile, are not only in U.S. courts fighting to recover sovereign assets. In the United Kingdom, for example, Mr. Maduro recently won an appeal to overturn a court ruling impeding him from accessing $2 billion in gold reserves held at the Bank of England. Mr. Maduro has also appealed to the government of Portugal to unlock over $1.7 billion frozen in Novo Banco.

For his part, Mr. Guaidó is not giving up claims to these assets, despite the seating of a new National Assembly in Venezuela. In addition to asserting the legitimacy of Mr. Guaidó’s interim presidency, the opposition says Mr. Maduro would squander the country’s remaining wealth through corruption and by paying off foreign allies rather than paying for food, medicine and COVID-19 response.

For now, the opposition’s finances remain uncertain, as Mr. Biden reviews U.S. Venezuela policy. Since legislative elections in Venezuela, the European Union no longer recognizes Mr. Guaidó as interim president. Mr. Biden has not taken that step; his secretary of state considers Mr. Maduro a dictator, and the State Department spokesman promised continued pressure against “regime officials and their cronies involved in corruption and human rights abuses.” That should offer some comfort to the opposition, which is under increasing pressure from internal divisions, fading international support and an unending knock-down-drag-out fight for control of Venezuela’s overseas wealth.