Fardella's chapter draws on documents obtained from the Chinese Foreign Ministry Archive in Beijing to offer a broad description of Sino-Italian relations from the founding of the People’s Republic of China (PRC) in 1949 to the normalization of diplomatic relations in 1970. The analysis is divided into three parts, beginning with an appraisal of the connection between the “lost opportunities” for normalization in 1949, 1955, and 1964 and the structure of the Cold War system. Fardella then proceeds to discuss the shift in China’s domestic and foreign policy in the second half of the 1960s and the key factors enabling renewed Sino-Italian engagement. Finally, the chapter illustrates how Italy and China, so-called “third actors” in the Cold War system, seized a delicate window of opportunity to forge a diplomatic compromise of significant international import.

For further information on Fardella's chapter and the book Italy's Encounters with Modern China, please click here to be redirected to the publisher's website. 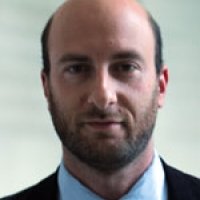