We've heard this story in South Korea before; it's a classic tale of court intrigue. Except that it's happening now, in 2016, in a country that bills itself as a democracy.

Fifty years ago, in authoritarian South Korea, such allegations may not have even reached newspapers, so deeply did corruption rule post-colonial, postwar South Korea.

But in the South Korea of 2016, President Park Geun-hye's admission that she for years has shared presidential documents with a friend who had no official government position or security clearance touched a nerve. Thousands turned out last weekend in downtown Seoul to vent their anger. Park's approval ratings plunged below 10 percent, and calls for her resignation are growing.

(And let's be honest: Reporters have drooled over the salacious details emerging in connection with said confidante Choi Soon-sil, from her family's cult-like religious empire to the strings she is accused of pulling to amass personal wealth. Foreign media outlets love the "weirdness" of the story. South Korea's hyper-competitive domestic media, meanwhile, have been frighteningly aggressive in out-jostling one another for scoops, calling into the role they are playing in driving the scandal.)

Corruption is nothing new in South Korea, even at the top levels of political leadership. I was AP's Seoul bureau chief when one former South Korean president, Roh Moo-hyun, committed suicide in 2009 over allegations of corruption.

What's different now? I posed that question this week to my students at Yonsei University, one of South Korea's premier academic institutions. My students feel immense pressure to earn high grades so that they'll be able to land work in an already saturated job market. I was surprised that they put down their books to join the protests that paralyzed downtown Seoul last Saturday.

And it wasn't just university students. High school students, now cramming for South Korea's notoriously tough college entrance exam, ditched study groups to protest – a statement of the frustration and despair they feel about the reliability of their country's institutions.

I asked my students what emotion compelled them to join protesters.

Disappointment. One student noted that she was born in the democratic era, in the 1990s and had always thought of her country as a full-fledged democracy. She was shaken by speculation over the Rasputin-like role a woman with no political background or security clearance may have played in determining her country's direction.

Her comment reminded me just how young a democracy South Korea is, and how recent its relative wealth. Samsung and Hyundai may be household names now but it wasn't long ago that South Korea was a poor, war-torn nation led by authoritarian leaders. I remember stuffing our suitcases with American instant coffee — then a luxury in South Korea — for a visit to see family in Seoul. Today, there is a Starbucks on every corner in downtown Seoul. The lifestyle mocked in "Gangnam Style" is just one generation old, and it is in my students' lifetime that South Korea has gone from "developing" to "developed."

Embarrassment. In the past, it wasn't unusual for Korea's political leaders to consult with a spiritual figure in a nod to the country's shamanistic traditions — even if you were Christian or Buddhist. Back in the day, it was seen as a traditional rite of passage for politicians consult with a fortune teller.

But my internationally educated Yonsei students find it not only jarring but also profoundly embarrassing that their president is turning to a mystical figure for political guidance. The very element that the foreign media jumped on with glee made them wince. This generation is proud to be South Korean but it is a modern, first world South Korea that they want to represent.

Anger. I can't count the number of times TV stations have shown the clip of Choi's daughter in an equestrian competition. Or of the Prada shoe Choi lost in the media scrum that awaited her at the Seoul prosecutor's office. The horse and the Prada slipper are meant to serve as symbols of greed and wealth that Choi is accused of amassing by peddling her connection to the president in exchange for perks, special treatment and money. (South Korea, it should be noted, recently began enforcing an anti-corruption lawthat seeks to stamp out graft that has been an entrenched part of business here.)

This scandal is sure to continue for weeks to come – raising questions about a power vacuum -- as Park seeks to find a way to assuage public anger and fend off calls for her resignation with a Cabinet reshuffle that is sure to anger her political opponents. Her voice shaking, a wan-looking Park apologized to the people on Friday in a televised speech, saying she alone was to blame for "carelessness" in misplacing her trust in an old friend and vowing to allow any investigation into allegations of wrongdoing. Prosecutors, meanwhile, have already launched an investigation into the friend at the center of the crisis.

If there's a silver lining, it might be that South Korea may be forced to come to terms with its complicated relationship with corruption and to rethink its political system. South Korea's economy has developed at warp speed, but many of its social and political mores remain rooted in tradition. What we're watching unfold is the awkwardness that comes with profound change as this society determines which traditions to hold onto, and which to abandon. These are the growing pains of a relatively new democracy. What must emerge is a more robust, more reliable political system, and a leadership that inspires faith among all generations, including my students.

This article was originally published in US News and World Report. 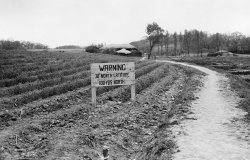 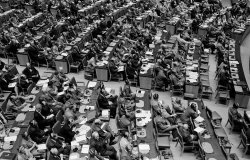