The Hijacking of Democracy: The Role of Political Parties in Iraq 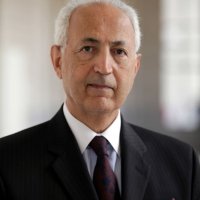 By Ambassador Samir Sumaida’ie on April 8, 2021

It is to be expected, after the collapse of dictatorships and one-party systems, that a large number of political parties spawn at the beginning and gradually decrease through a process of mergers and dissolutions until they stabilize at a dozen or so. In the case of some mature democracies, only two or three remain. After the fall of the Franco regime in Spain, for example, more than two hundred political parties were formed. Over the years, their numbers came down drastically. In the 2019 elections, fourteen parties competed on the national scene.

In the eighteen years since the fall of Saddam’s regime, more than 250 political parties were registered. But those who hold power now are far fewer.

During the reign of Saddam Hussain in Iraq, only the Ba’ath party was allowed to function. It was the party of the state. Other political parties existed mainly in exile. Those left inside Iraq operated underground and were heavily persecuted, as in the case of the Da’wa party: any active member discovered by the Mukhabarat (intelligence services) was executed.

In the eighteen years since the fall of Saddam’s regime, more than 250 political parties were registered. But those who hold power now are far fewer. About a dozen parties and “alliances” remain; some of which are buttressed by armed militias. A power triangle has formed, comprised of the parties (or political blocks), the militias, and the state. Of this trio, the state is the weakest. It has the trappings of a normal government but has extremely limited independent political will.

The origins of Iraqi parties

The first transformation in political life in Iraq came after its expulsion from Kuwait in 1991. That was followed by the crushing of uprisings in the South and the formation of the no-fly zone in Iraqi Kurdistan, which gained de facto autonomy. For the first-time, in Kurdistan only, political parties started operating openly. The two major parties were the Kurdish Democratic Party (KDP), established in 1946 in exile by the late Mulla Mustapha Al Barzani as the vanguard of the struggle for national rights for the Kurds, and the Patriotic Union of Kurdistan (PUK) which started in 1975 as an offshoot from the KDP. Other smaller, mainly Islamist parties were formed in Kurdistan. In the rest of Iraq, Saddam Hussain continued to rule through the only political party: the Ba’ath.

During that time, some traditionally active parties, such as the communists, continued to operate mainly abroad, and a few new groupings formed in exile but did not have a wide popular base inside Iraq. The exceptions were Shi’a Islamist political parties formed mainly in Iran and financed and nurtured by the Islamic Republic. The two leading such parties were the Supreme Council for Islamic Revolution in Iraq (SCIRI) established in Iran and the Da’wa Party (DP), which originated in Iraq but was adopted by Iran.

When the Americans invaded in 2003, the only fully organized, funded, and broadly recognized political parties were the two Kurdish nationalist parties and the Islamist parties, particularly those of Shia alignment (the Sunni Muslim Brotherhood had much less substantial following, funding, and recognition inside Iraq). Liberal and other non-Islamist, non-Kurd political persuasions, though quite popular among the middle and educated classes, were well behind in terms of organization and access to funding.

That was the situation in July 2003 when the Governing Council was formed—of which I was a member. Jalal Talabani, my fellow member and the head of the PUK, led an initiative to form a “strategic alliance” between the Kurds (represented by the KDP and PUK) and the Shi’as (represented by DP and SCIRI). The foundation of this alliance was never declared publicly but it was widely assumed that it meant to safeguard and fortify the autonomy enjoyed by Iraqi Kurdistan in exchange for sectarian Shi’a domination in the rest of Iraq. This alliance became the blueprint for the new political order, which reduced the space for secular democratic politics.

A crucial feature of this system is that all the major political parties have a share in government.

The elections of 2005 were fought under a sectarian banner. Although the new constitution, ratified later that year, explicitly forbids discrimination based on religion or sect, a new—though unwritten—convention was soon established: the government would be led by a Shi’a (implicitly Islamist) prime minister, the president a Kurd, and the speaker of parliament a Sunni Arab. A system called Muhasasa, meaning “apportionment” was established whereby the ministries and higher posts in government and even in “independent” commissions were allocated according to affiliation, with the first pick (including the powerful Ministry of Interior) going to Shi’a politicians, some going to Kurds, and a few to Sunnis. In the new constitution, the post of president is largely ceremonial, and the speaker of parliament is constrained by an Islamist Shi’a majority.

A crucial feature of this system is that all the major political parties have a share in government. Normally, in a democratic political system a party or coalition would be either in government or in opposition, keeping a watchful eye and holding it accountable. In Iraq, there is no major political party out of government, and the political struggle was reduced to fighting over a bigger slice of the same cake. But it was a foregone conclusion that Shia Islamists were in charge.

Firstly, a tacit understanding was reached between the big players to share power (and therefore resources) and raise barriers to stop others. So, a ministry or an entity allocated to a certain party was treated as a fiefdom. Resources from corrupt deals were siphoned off to enrich the party and its leaders. Employment in that ministry and other forms of patronage were used to buy party allegiance. For example, the Ministry of Health has been controlled by the Sadrists for many years while the Ministry of Oil has been regularly held by Al-Hakim’s followers. Everyone turns a blind eye to the corruption of the other. This club of big players acts together to stop new entrants.

Coupled with the gradual establishment of powerful armed militias loyal to Tehran and affiliated Iraqi parties, Iran has come to dominate the country.

Secondly, the whole system is dominated by the Islamist Shi’a parties who have close links with Iran and look at the Islamic Republic as their ideological and political ally. This has given Iran the ability to manipulate the political system in Iraq to its advantage. Coupled with the gradual establishment of powerful armed militias loyal to Tehran and affiliated Iraqi parties, Iran has come to dominate the country.

On the verge of collapse

This formula is disastrous for Iraq. Apart from compromising the country’s sovereignty, it produces a dysfunctional government populated by corrupt, unqualified, but party-loyal functionaries incapable of dealing with the intersecting crises of a country recovering from a series of wars; never mind creating a vision for Iraq’s future. The birth of the Islamic State (IS) was a direct result. This has no doubt led to the state of the country as we see it today, characterized by:wholesale looting of state assets by corrupt officials; a dysfunctional state apparatus; human rights violations on a grand scale; hundreds of thousands of displaced families and refugees; tens of thousands imprisoned for years without trial; militia terror and extortion, particularly in Sunni areas; squandering of resources and opportunities; scandalously low standard of public services i.e. electricity, drinking water, health, and education, despite hundreds of billions in expenditures; shabby dilapidated infrastructure.

The reaction to this miserable state of affairs has been a popular rejection of the political system, expressed in many ways, including the uprising which erupted in October 2019 and was suppressed by a campaign of well documented killings, kidnappings, and intimidation. The uprising is still simmering, and the ongoing intimidation and brutal suppression deserves far more attention than it is getting.

Additionally, the sharp decrease in oil revenues that constitutes over 90 percent of the country’s income (the revenue going predominantly to the bloated public sector), has resulted in the country running a deficit of about four billion dollars per month. The government has been dipping into the already depleted central bank reserves. The trajectory is clear: continued economic decline and possible collapse by this summer, which under the current circumstances would almost certainly lead to increased violence and, in a worst-case scenario, a multi-sided civil war.

These conditions have also led to a resurgence in terrorism and the revitalization of ISIS. If things get out of control, it would create another wave of refugees and a massive increase in the export of extremism. It would also provide Iran with a neighboring failed state which it can continue to use as an outpost for its nefarious activities in the region.

The “Independent High Electoral Commission” for example, has its governors nominated by the big political blocks!

The multitude of political parties in Iraq have organized themselves into a number of blocks and alliances. The biggest of these maintains allegiance to Iran and is fortified by armed militias which are funded by the Iraqi state but are separately led and are loyal to Tehran. These political blocks have built up a deep state by penetrating all government ministries and “independent” agencies which are anything but. The “Independent High Electoral Commission” for example, has its governors nominated by the big political blocks! The last elections in 2018 were tainted. Turnout was officially only around 43 percent but widely estimated closer to a dismal 20 percent. There was also a convenient fire in the storehouse for the ballot boxes. Confidence in the results was very low. The upcoming elections that are now scheduled for October this year face a number of challenges. They include intimidation by militias and an imperfect election law, promulgated by this parliament, that pays lip service to popular demand for direct representation but is designed to keep key advantages in the hands of the big blocks who fund the militias. Most observers do not expect any substantial reforms to result from these elections, even if they take place on time and without massive fraud.

In summary, the situation in Iraq now is very complex, but the way it was created, and its current salient features are very clear. Unimpeded by the Americans, Iranian backed Islamists grabbed power from the early stages and put in place a system of apportionment which caused hyper-corruption, absence of accountability, and a hollow state gripped by coercion, a compromised judiciary, and skewed laws. This system is backed, exploited, and protected by Iran. It is hard to reform from within. For the country to be saved, the Iran factor must be removed or ameliorated. The constitution, which is non-sectarian has to be respected, and the young Iraqis who led the uprising of October 2019 have to take the lead, with a lot of help, and wrest power from the Islamist political parties who hijacked democracy.