How to Aid Venezuela

Juan Gabriel Tokatlian, Director of the Department of Political Science and International Studies at the Universidad Di Tella, Buenos Aires, Argentina, writes on the crisis in Venezuela.

The on-going, very tense, extremely complex, and potentially destabilizing anti- and pro-government demonstrations in Venezuela constitute a real challenge in the Americas. The elected president of the most radical administration in the Western Hemisphere, Nicolás Maduro, is facing gargantuan difficulties, both socio-economic and political and mostly as a result of his own mistakes.  At the same time, the opposition forces, currently led by former mayor Leopoldo López, seem eager to exacerbate the situation even further, something which may eventually culminate in an unprecedented political meltdown.

Venezuela’s deep crisis should be resolved by Venezuelans. Notwithstanding, Venezuela and other countries in the region, including the United States, share two common features that may potentially create the space for a negotiated outcome, however tenuous. First, Venezuelans of different political currents, progressive and conservative governments in Latin America, and both Democrats and Republicans in the United States abhor out-of-control institutional environments: such a situation may end up producing chaos and even civil war. Thus, fierce forms of authoritarianism, from the left or even the right, loom on the horizon. Second, no country in the Western Hemisphere needs today a new hotspot that has the potential to polarize its own domestic politics, let alone reinstate a new version of the Cold War.  In a global and regional context in which ideology, inequality, social upheavals, and class tensions are becoming more prominent, Venezuela may be in the early 21st century what Cuba represented in the 1960s and ’70s. North, Central, and South America, to different degrees and in different ways, are still living with the negative effects of that experience. At a moment when the only remaining armed conflict in the region—the one that has ravaged Colombia for half a century—is closer than ever to a political settlement, violent, protracted turmoil in Venezuela could produce unforeseen, harmful consequences in its immediate neighborhood and across the continent more generally.  Sooner or later, such turmoil will inevitably involve the armed forces, which so far has not fractured.

Some of the hypothetical “solutions” to the current volatile situation—a self-imposed coup by a faction within the ruling party; a brutal regime change sponsored by the most recalcitrant sectors of the opposition; a domestically-based and foreign-stimulated roll-back of the government; a prolonged and deteriorating stalemate—are all bad solutions for the medium and long term.

An alternative option can be discreetly promoted by an unlikely grouping of front-line states: the United States, Mexico, Colombia, Brazil, Argentina, Bolivia, and Cuba. Concert diplomacy by these parties should design, as soon as possible, high-value inducements and well-crafted demands for both the government and the opposition in Venezuela. There is no continent-wide consensus on any of the existing institutionalized frameworks, be it the Community of Latin American and Caribbean States (CELAC), where both the United States and Canada are not present, or the Organization of American States (OAS), where Cuba is not a member. Nor is the Union of South American Nations (UNASUR) a credible interlocutor; the Venezuelan opposition dislikes it and there are too many cleavages inside the organization. Thus, Washington and some combination of the above-mentioned Latin American countries should openly and seriously consult one another, avoiding parochialism and arrogance. The key to a successful diplomatic outcome in Venezuela is to avoid vocal, unnecessary rhetoric (for or against either side in Caracas); encourage a spirit of bargaining and compromise among different domestic actors; provide clear signals to the military not to act; concentrate on an agenda that centers on human rights and pluralism; propose piecemeal, verifiable political commitments by all parties; and invite leading figures from the government and the opposition to rounds of pragmatic, pro-stability talks outside Venezuela aimed at reducing polarization.  No one should expect that liberal democracy will flourish in Venezuela: the fundamental concern should be to prevent all forms of deepening authoritarianism. This may sound too modest, but it may be the only feasible alternative in the short term.

An unbiased and reflective blend of pragmatism and principle instead of dogmatism and Cold War reflexes may be the best guidelines for dealing with Venezuela at this time.

Director of the Department of Political Science and International Studies at the Universidad Di Tella, Buenos Aires, Argentina
Read More

Article
Thoughts on a U.S. Response to the Venezuelan Crisis
By Philip French on March 4, 2014

Article
Only Dialogue Can Change the Dynamics of Confrontation
By The Honorable José Miguel Insulza on March 4, 2014 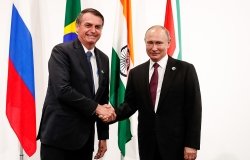 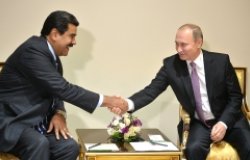