The documentary series "Inside North Korea's Dynasty" premiered on Sunday November 11, 2018 on the National Geographic Channel in the U.S.  The four episode series, created by 72 Films and executive produced by David Glover and Mark Raphael explores the family at the center of "the world's only communist dynasty." 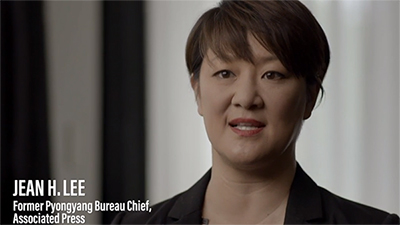 The film includes interviews with Korea Center Director Jean H. Lee, along with other first hand accounts of North Korea.  Along with in depth interviews and analysis, the series also uses a large collection of archival footage, some of which has not been previously seen in the United States.

Raphael told Variety that the documentary series is "less geopolitical and more the inside track on how this country works," and uses history to add context to current events.

The first episode, "Kingdom of the Kims" will repeat on Sunday, November 18th at 8 p.m. eastern.  Episode two, "The Son of God" premieres directly after at 9 p.m.  The third and fourth episodes will air the following two Sunday evenings.  Check National Geographic Channel's website for complete listings and more information.