The Iranian People Watch Vienna: Why Apathy Has Replaced the Joy of 2015 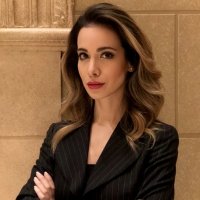 As European diplomats signal optimism in their mediation efforts between the United States and Iran to salvage what’s left of the Joint Comprehensive Plan of Action (JCPOA), the historic nuclear accord achieved in 2015, the mood among ordinary Iranians is bleak.

For a nation that has continuously grappled with the excruciating impact of sanctions over the past many years, the ramifications of Donald Trump’s “maximum pressure campaign” entwined with widespread domestic corruption, and the tragic impact of the ongoing COVID-19 crisis, have all led to an undeniable political apathy and a despair that compares to the emotional and financial destitution once felt during the Iran-Iraq war. All this is topped with an unprecedented domestic power struggle that is a clear testament to the country’s deepened political polarization.

People are numb; they have no expectation that anything good may in fact happen.

“People are numb; they have no expectation that anything good may in fact happen,” explains Reza, a government employee in his late 30s who works closely with the office of science and technology affairs.

We met in Tehran back in 2015 as I was covering the weeks leading up to the historic July 14 accord. Back then, even the most cynical Iranians were hopeful; business-owners were on standby, and global firms were strategizing their entry to the Iranian market. But today, far from the excitement of those presumptuous days, the people’s despondent spirit in Iran is a reflection of the previous US administration’s attempt to scrap the JCPOA, a crippling standoff between powerful factions at home, and the Iranian’s disillusionment with both the regime at home and the White House.

“People are so immersed in the day-to-day struggles of survival and making ends meet that they don’t have time to follow up with what’s going on with the JCPOA. They don’t have any hope — the situation is so bad in Iran that people have adjusted to this severe downgrading of life,” explains Mehrdad, a businessman and owner of a mid-size medical equipment company in Tehran.

He told me how after the 2015 nuclear deal, his firm struck a new contract with a Chicago-based company; but business soon went south, until ties were fully cut in early 2018. “Our partners in the US would not even respond to our emails —they were not allowed to have any form of correspondence with us in Iran. The only time I was able to speak to them was when I coincidentally saw them at an exhibition in Dubai.” The same team has now reached out to Mehrdad over email this past week, “expressing interest” and “testing the waters” in a    case of a rapprochement in Vienna.

“The thing in Iran is that if this deal comes through, it may not make things better for the people in the short-term; but what it would do is it will prevent our lives from getting worse by the minute,” said Mehrdad.

Today, in an oil-rich and agriculturally-diverse country like Iran, news headlines dominate the day-to-day struggles of ordinary Iranians over the shortage and the unfathomable price hike of poultry and meat, the rise in migration — including the mass exodus of nurses and physicians in the past year alone, and the staggering increase of “first-time” thefts across the nation.

Forget about jewelry and cash, these days people are stealing meat and chicken from homes.

“Forget about jewelry and cash, these days people are stealing meat and chicken from homes.” explained Reza as he bashfully told me how he too is struggling to buy some of his spring-time favorite fruits that, like everything else in Iran, have quadrupled in price over the past two years. “I bought a little bit of strawberry, greengage, and green almonds and it came to half a million toman (around $20 as of April 2021)—I was too embarrassed to return it at the cashier, otherwise I would.”

Worker’s salaries in Iran are currently at 3.5 to 4 million toman (equal to around $160) per month — forcing an average Iranian laborer to live on less than five dollars per day—all the while unemployment remains rampant, inflation increases by the minute, and the once-vibrant middle class shrinks by the day.

The general consensus in Iran remains that no matter the outcome of the negotiations in Vienna, the result will not directly impact their devastated economic conditions at home — at least in the short term.

“Ordinary working-class people have realized that whether there are sanctions or not, whether we have relations with the US or not, whether we sell 5 barrels of oil per day or 5 million, the regime is so corrupt that people will not see any tangible benefits in their pockets,” said Mehrdad.

Unlike 2015, there is an undeniable rage in people’s voices that reflects their unprecedented fatigue with the powers at home.

An hour or so outside of Tehran, Fatemeh and her family live a few miles away from where Iran’s top nuclear scientist, Mohsen Fakhrizadeh, was assassinated back in November. For the mother of two, what matters most is what her government would do about the back-breaking rise in prices for food, medical care, and essentials. Not Biden versus Trump.

“Whatever happens we need these sanctions lifted.” The thirty-year-old said with despair. “My husband is a construction worker; sometimes he has work and sometimes he doesn’t.” The couple left their native Khorasan in search of job security to Tehran; but with no steady job, their only source of income is the monthly stipend they receive for taking care of a country house that belongs to an elderly couple who spends their retirement in Damavand.

“Iranians have realized that the majority of the problems are internal and stem from within the government — lack of management, lack of transparency, corruption and, money laundering— any change has to come from within our government,” said Reza.

With the new US president, we feel that we may find stability. Our condition may not get better, but at least it will not get worse.

But for people like Fatemeh and her husband who recently lost their health insurance due to payment delinquency, that “evolution” is far out of sight. She tells me how she questions the validity of the elections in Iran, set for next month, and how she doesn’t trust her government. Also, she thinks the US does not care about Iran.

“With the new US president, we feel that we may find stability. Our condition may not get better, but at least it will not get worse,” said Fatemeh who studied social sciences in university in Khorasan.

And that has been the only constant in Iran — people’s ever-present desire to maintain a “status quo” and clinch to whatever “stability” they can find amidst the rubble—a fate that no nation as rich as Iran deserves at the behest of a failed regime and self-serving global hawks. 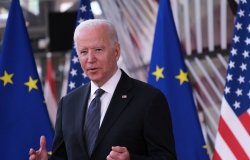 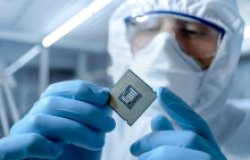