As It Reengages with the World, Will Argentina Rebuild Its Military to Resume Its Historic Global Role?

In President Mauricio Macri’s first year in office, Argentina’s annual military spending increased slightly, from 0.86 percent of GDP in 2015 to 0.96 percent in 2016. That modest uptick – to $6.2 billion – bucked a regional trend. Colombia was the only other country in the region to increase military spending. Compared to a decade ago, military spending in South America is down 5.5 percent, according to the Stockholm International Peace Research Institute.

There are reasons to believe Argentina might continue to invest in its armed forces. Last November, the tragic disappearance of the ARA San Juan submarine and its 44 sailors sparked a national debate about Argentina’s military readiness and the need for modernization. Despite increased spending in 2016, Argentina’s military budget as a percentage of GDP was still less than a third the level in Colombia, and far below the 3.5 percent Buenos Aires allocated in the 1970s. Moreover, the leadership of Argentina’s Security Ministry appears open to a greater role for the military in domestic law enforcement – such as counter-narcotics operations – which would overturn longtime limits designed to prevent a return to military dictatorship.

Last year, the Argentine Air Force received the first four of 24 Beechcraft T-6 trainer aircraft that it purchased in a $300 Foreign Military Sale from the United States. “The Argentine military has embarked on an ambitious path toward modernizing its military materiel,” the Pentagon announced. The T-6 acquisition, it said, “will revitalize Argentina’s capability to train its pilots and fulfill border control missions, especially along its porous northern border. The Argentine Air Force will use the enhanced capability to redevelop a professional pilot corps and as a deterrent to illicit activity.”

That said, it is not clear Mr. Macri is ready to commit substantially more resources to the military, which is in desperate need of fighter jets, ships and other hardware. After all, Mr. Macri’s government is still trying mightily to close the budget gap it inherited two years ago; even if it meets this year’s target, the deficit would be 2.7 percent of GDP. Spending priorities are social programs and infrastructure. It would take a mighty investment to catch up to its neighbors; Chile operates F-16s, Brazil is buying Gripen fighters and Colombia is looking to purchase F-16s or F/A-18s.

Importantly, however, the question of Argentine military spending involves more than domestic considerations. Should Mr. Macri rebuild the armed forces, he would acquire an additional tool to promote the country’s reintegration into the international community, and to demonstrate Argentina’s usefulness as a White House ally.

Historically, Argentina made significant contributions to peacekeeping operations and modest, but symbolically important, contributions to international military interventions. Today, Argentina has only 328 peacekeepers deployed, mostly in Cyprus, according to UN data. But in the past, it was a major troop contributor, participating in missions in Liberia, the Ivory Coast, South Sudan, Cyprus, East Timor, Haiti and the Western Sahara. In 2012, more than 1,000 Argentine peacekeepers were deployed, according to data from the Global Policy Forum.

In the pre-Kirchner period, Argentina also joined non-UN military interventions. In 1990, President Carlos Menem participated in the U.S.-led Gulf War, sending two warships to support a blockade of Iraq, despite protests at home. Argentina also participated in two NATO interventions, the Stabilization Force in Bosnia and Herzegovina, launched in 1996, and the Kosovo Force that first entered the breakaway republic in 1999. In 1997, President Bill Clinton rewarded Argentina’s global military contributions by naming the country a Major Non-NATO Ally, the first time a Latin American government had earned that designation. Around that time, the United States also resumed arms sales to Argentina, selling A-4 Skyhawks to the Menem administration.

In the intervening years, Argentina’s international role did not evaporate completely, even as it starved its military of resources. Under the Kirchners, it remained active in UN peacekeeping, especially in Haiti. In 2016, the UN secretary general, Ban Ki-moon, praised Argentina’s commitment to support the UN’s role in the Colombia peace process. “You are a standard bearer for United Nations values and principles,” he said during a visit to Buenos Aires. During President Barack Obama’s historic visit to Buenos Aires the same year, Argentina committed to “significantly increasing the size of its deployable units and participating in UN peacekeeping in Africa by making available important capabilities, such as logistics, engineering, communications and medical units.”

But for now, Argentina lacks the capabilities to guard its borders, let alone resume its historic contributions to global security. (For new peacekeeping missions, for example, it needs additional C-130s and Humvees.) In his remarks during the first Day of the Army of his presidency, Mr. Macri recognized that Argentina’s armed forces had suffered “años en los cuales el estado las ignoró, las abandona, y eso trajo problemas de presupuesto, de equipamiento y de infraestructura.” But by his latest state of the union speech, in March, despite leading with a reference to the missing San Juan, the theme of military preparedness had disappeared from the agenda. 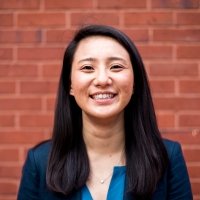