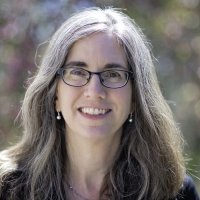 Dr. Francine Hirsch, a Vilas Distinguished Achievement Professor of History with the University of Wisconsin-Madison and Short-Term scholar with the Kennan Institute in 2006, has been awarded the Barbara Jelavich Book Prize for her 2020 publication Soviet Judgement at Nuremberg: A New History of the International Military Tribunal After World War II. Dr. Hirsch as the recipient of this award is recognized as having contributed a distinguished monograph contributing to the studies of Russian diplomatic history.

Her second book, Soviet Judgement at Nuremberg: A New History of the International Military Tribunal After World War II is a groundbreaking addition to the study of Soviet Era history, providing the first complete history of the Nuremberg Trials. The role of the Soviet Union in the Nuremberg Trials has historically gone forgotten or omitted despite them being a key player in the facilitation and execution of the infamous trials. A specialist in the history of Russia and the Soviet Union, Dr. Hirsch guides her audience through the ignored reality of the Nuremberg Trials, detailing the courtroom, behind-the-scenes strategizing, and how the trials would alter international relationships with Western nations moving into the 1950s. Dr. Hirsch’s next project will focus on the history of Russian-American entanglement, looking at international relations through economic, cultural, and international law lenses.