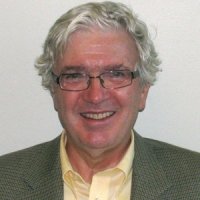 Latin American Program Board Member and Senior Scholar Alexander Wilde is quoted in this article about allegations that two Chilean cardinals were involved in covering up sexual abuse.

"The Chilean church was more united on human rights than any other Catholic church in Latin America," said Alexander Wilde, a senior scholar for the Latin American Program of the Woodrow Wilson International Center in Washington, D.C. "We all remember great names from the Salvadoran and Brazilian church who stood for human rights, but the Chilean hierarchy was relatively united in its stance -- unlike Argentina."

In the dirty war (1976-83) the Argentine hierarchy was largely supportive, silently or publicly, of the military regime in which 30,000 people disappeared. Bergoglio became a bishop after the war.

Wilde worked in Chile as a Ford Foundation grant officer during the transition to democracy, and later directed a project on religious response to violence at the Center for Latin American and Latino Studies at American University in Washington.

"The general impression after 1990 [when Pinochet stepped down] is that the church had cashed its check of credibility for solid defense of human rights and made a shift to issues of sex, morality and the family," Wilde told NCR.

"The impact of Karadima was similar to what we have seen in Ireland, Spain, Italy and America. Every place you find the church in sexual or financial scandals, it has the same effect. In many ways, people stopped looking at the church as a moral beacon. That was not true of the most culturally conservative Catholics, but it is certainly true in terms of the church in social leadership."