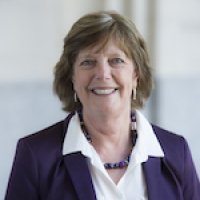 This post features an interview about women's land rights, anthropologists and the rule of law sector, and transitional justice with Latin American Program Fellow Donny Meertens.

In this interview, Latin American Program Fellow Donny Meertens describes the role of women's land rights in the postwar context in Colombia, how rule of law and security organizations can incorporate a focus on gender, land and credit issues for female Internally Displaced Persons (IDPs), and more topics related to her research.

"[...] In “Forced Displacement and Gender Justice”, you talked about how female IDP’s who are head of households have been given priority access to land and productive credit, but that hasn’t been the case for women who were on their own or married. How did this distinction result and is this a similar issue that other countries are likely to face or are already facing with regard to programs improving women’s access to land?

I can speak for Colombia, although it may hold for other Latin American countries and for other continents as well. Particularly in rural development policy, the household concept is very strongly present. Policy is directed towards “normal” households, which is still seen as male-headed. We’ve seen this in many countries all over the world. When governments design gender-sensitive policies, these are usually translated into priorities for female-headed households because they’re supposed to be more vulnerable because there’s no man in the household. Then a man comes in and automatically the attention, and the policies, and even the formal rights, are given to the man.

So in the cases I described, there was a policy for displaced women heads of households and this was a very interesting initiative because they got land together, as an association. But still the policies, and the training, and the plans were not really realistic and there was no good training because there was a sense that they are “just women” and thus will not be capable of daily organizing and administering an agricultural business. The other thing is when a household has both a man and a woman, the woman is not heard in decisions, not taken seriously, and this happens even in the cases where there is joint titling.

In land reform schemes, single women are excluded except when they have grown up male children who can do the work, because women are not considered to be capable of running an agricultural enterprise. This again is tied to the old household concept where men are heads of household, as has been shown in a classic comparative study about women and access to land in Latin America. It has nearly always been the case that single women are not eligible for land possession.

How Brazil Linked Legislation on GBV with Land Rights  for Women

But on the other hand, I have found a positive case for women´s rights to land and housing. In certain circumstances, in Brazil, they have legislation about gender based violence but it is linked to the issue of land and housing and poverty rights. If a woman is a victim of gender based violence, she can stay living in the house or on the land possessions of the former household independently of who is the official owner of the land or the house. It’s an interesting case because this special legislation on gender based violence overrules what normally is the family law. We can use this idea of independent rights for women when they have been victims of violence.[...]"

The full interview can be found here.