Mending a Self-Inflicted Wound at the OAS and in Honduras

Juan Jiménez has resigned. His resignation deals another serious blow to fledgling anti-corruption efforts in Honduras, the reputation of the OAS and, ultimately, that of the Government of Honduras. Will OAS Secretary General Luis Almagro move quickly to mend this self-inflicted wound? Or will he bend to continuous pressures from the Honduran government to undermine Jiménez and the OAS mission?

Juan Jiménez Mayor is a Peruvian lawyer who helped bring to justice former President Alberto Fujimori and his notorious intelligence chief, Vladimiro Montesinos, on charges of corruption. He served as his country’s Minister of Justice and Prime Minister, and most recently as Peru’s Permanent Representative to the OAS. He was chosen by Almagro over the objections of his own staff and of the Honduran government to oversee a new and innovative anti-corruption mission in Honduras (MACCIH) that the government of Honduras originally sought as a way to avoid a similar UN-based anti-corruption mechanism (CICIG) in Guatemala.

Despite Almagro’s early support for Jiménez, the relationship seems to have turned sour over the past several months with numerous interventions from the Secretary General appearing to undermine Jiménez’s authority. Almagro’s failure to meet with Jiménez at OAS headquarters in Washington last month, and an ill-timed letter to the government of Honduras in which he directly criticized the MACCIH, seem to have been the last straw for Jiménez.

Despite Almagro’s early support for Jiménez, the relationship seems to have turned sour over the past several months with numerous interventions from the Secretary General appearing to undermine Jiménez’s authority.

Ironically, Jiménez had strong and growing support with Honduran civil society and the international community. Many Hondurans, both organized and spontaneous movements, were initially skeptical of the MACCIH because the OAS was perceived as weak and susceptible to pressures from the Honduran government. But Jiménez’s work slowly began to win over skeptics, as did the announcement of multiple cases, including one against five members of Honduras’s legislature and the possibility of many more. Additionally, Jiménez’s strong and immediate statements pushing back against an alleged attempt by the Honduran Congress to doctor a law after passage to ensure their impunity also endeared him to civil society, and further angered Honduran politicians of all stripes.

And the U.S. government—from the State Department, to the U.S. Embassy, to a bipartisan group from the U.S. Congress—has been steadfast in its support for anti-corruption efforts in Honduras, the MACCIH, and Juan Jiménez. Just yesterday, the U.S. Embassy tweeted out a photo with Jiménez surrounded by top U.S. diplomats in support of the MACCIH and its efforts.

So what’s going on? Why would the Secretary General pull the rug out from under his own mission? Whatever the source of the personal animosity and of the breakdown in trust between Almagro and Jiménez, it seems that the bigger picture has been lost. Progress was being made in anti-corruption investigations and prosecutions. MACCIH, under Jiménez’s leadership, has established a special vetted prosecution unit (UFECIC) within the Public Prosecutor’s office to handle highly sensitive anti-corruption investigations. It was also instrumental in creating special anti-corruption courts that would handle these sensitive and technically complex cases.

By working through the special anti-corruption prosecutor unit and courts, the MACCIH was already having a profound impact on the institutional capacity in Honduras, and was on the verge of breakthroughs on several cases.

So there is also strong motivation on the part of official Honduras, including some in the Honduran Congress, to undermine the MACCIH. Remember, he was not the government’s first choice for leadership of the Mission, and they registered numerous complaints against Jiménez with the Secretary General.

Whatever the reasons, Jiménez had had enough when a letter from Almagro to Hernandez appeared this week criticizing this stewardship. In his five-page resignation letter, Jiménez mentions several reasons behind his decision including, most notably, efforts by the Honduran government to undermine the independence of the MACCIH and Almagro’s failure to back him at a key moment.

In his five-page resignation letter, Jiménez mentions several reasons behind his decision including, most notably, efforts by the Honduran government to undermine the independence of the MACCIH and Almagro’s failure to back him at a key moment.

Despite significant controversy over how the United States handled the post-election process in Honduras and the ill-timed “certification” of Honduras by the State Department in the midst of an election crisis, the Department of State and U.S. Embassy have strongly supported the MACCIH and the work of Juan Jiménez. In this instance, the Department of State and United States Congress should act prudently and insist on continuity in the anti-corruption efforts. Promised resources needed for MACCIH and the OAS should be put on hold until there are clear and convincing signals from the Secretary General and the Government of Honduras supporting an independent MACCIH. Anti-corruption efforts are a non-partisan issue in U.S. policy and both the OAS and GOH need to understand there are no blank checks from the United States when it comes to fighting corruption.

The Department of State should continue to insist with the Honduran government and the Legislative Assembly that revoking the law that shields officials from investigation and prosecution (the so-called impunity pact) is essential for continued U.S. financial support.

The Government of Honduras, the executive and legislative assembly especially, have to demonstrate their own commitment to fighting corruption. We live in an interconnected world where it is no longer possible to hide from national and international scrutiny. It is time for Honduras and its leader to embrace transparency and accountability for all, and to demonstrate the political will to live under the rule of law, however uncomfortable that might be. Their political will can be measured in two important ways: revoking the impunity pact and ensuring a transparent and clean process in naming the country’s next Public Prosecutor in August 2018.

Finally, the focus, for now, is squarely on the Secretary General. Almagro has demonstrated his commitment to the Democratic Charter and democratic values in many other cases, especially around Venezuela. The question now is whether he will be consistent in Honduras? Will he replace Jiménez with an equally independent, competent, experienced, and savvy prosecutor? There are many to pick from, not only from Peru but also from Chile, Argentina, Brazil, and Colombia, to name a few. It is essential that the Secretary General move quickly and decisively to appoint a credible replacement. This is the only way to mend the self-inflicted wound. 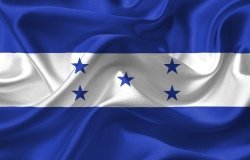