Mexico in the face of Russia's invasion of Ukraine - economic, political, and commercial consequences 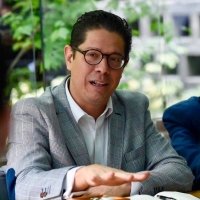 It has been more than six weeks since Russia invaded Ukraine. Apart from the terrible consequences that a war always brings, in terms of loss of human lives, displacement of victims, destruction of infrastructure, etc., the armed conflict has shown how, in a globalized world, international economics, trade, and finance can exert very considerable pressure on any country.

Since before the Russian invasion of Ukraine became a reality, the U.S. and its North Atlantic Treaty Organization (NATO) allies have made it clear that they would not send troops to Ukraine. Since the beginning of the military conflict, they have favored the use of economic sanctions and the sending of military equipment and weaponry to Ukraine, and, to date, there are no solid indications that they might change this strategy.

Among the actions that have been taken are: removing Russia from the international payments system, freezing Russian assets, and withdrawing most favored nation status, which could discriminate, in terms of tariffs, against Russian goods that are still traded in the world.  In President Biden's own words, the objective is to prevent a country, Russia, which does not respect international law, from benefiting from globalization and world trade integration.

We can draw two important reflections from these events: first, we need to question the assumption that all countries in the world should benefit from globalization, regardless of their system of government or their position on certain issues. Second, it is clear that even if the military conflict in Ukraine ends soon, the economic sanctions will remain in place for a long time, as well as setting an important precedent for future cases.

How has the conflict been reflected in public policy and business decisions? First, in the case of the private sector, the exodus of companies from the Russian market would seem to suggest that private players got the message and simply will not risk retaliation for maintaining operations in Russia. From the perspective of governments, the fact that so many countries have participated in the sanctions against Russia suggests that the leadership of Washington and Brussels has been effective - putting aside, at least temporarily, the differences between Europe and the U.S. - renewing a collaboration that can be useful on many other fronts.

Despite almost universal support for these sanctions, Mexico has stated that it will not impose any sanctions on Russia. It could be argued that applying sanctions really serves no purpose, since bilateral trade between Mexico and Russia is relatively minimal - just $2.75 billion in 2021, so the effect would be small. But the symbolic value generated by the imposition of such sanctions would have been significant.

In the coming months, the effect of the war will be felt in Mexico through two avenues. Indirectly, the global war has already increased inflationary pressures, making some goods more expensive, and decreasing economic activity, which will undoubtedly delay the post-COVID 19 recoveries. Our country is particularly sensitive to these international movements since around 75% of Mexico's GDP is related to foreign trade.

There may be some tangential benefits from this situation: the increase in oil prices certainly brings unexpected revenues to the Mexican government. Likewise, the conflict could accelerate the process of nearshoring investments to Mexico, as a strategy employed by companies to minimize conjunctural risks (such as the disruption of supply chains), reduce transportation costs, and take advantage of the proximity to large consumer markets in the U.S. Let us not forget that the foreign direct investment (FDI) that Mexico receives is fundamental to compensate for the weak domestic private investment.

It will be very important to follow the process of generating and discussing the budget for 2023, which will begin in a couple of months, to determine with greater certainty what the Mexican government believes will be the economic consequences of the war on the country's economy, and how they will translate into economic variables in the following year.

On the other hand, and more importantly, we can expect Mexico's ambiguity to be a source of unnecessary friction with Washington. Aside from the economic consequences, for the U.S. the symbolism of aligning with its agenda is undoubtedly important. For Mexico, there are very clear reasons that would suggest such a course of action: The U.S. is Mexico's largest trading partner, with a very broad agenda on, practically, every issue one can imagine.

However, the Mexican government has maintained an ambivalent and even contradictory position at times: it is enough to compare the narrative that Mexico has maintained in the UN Security Council with that which has been handled internally to detect these incomprehensible differences.

Washington has clearly taken note of this. In fact, Ambassador Ken Salazar's comments on the "impossibility" of a Mexico-Russia rapprochement, in response to the news of the installation of a Mexico-Russia friendship committee in the Chamber of Deputies, are very revealing. With the midterm elections approaching, we can also expect Mexico and its position on the conflict to be a campaign issue, with an increase in rhetoric against our country.

In conclusion, I believe that in economic terms the impact will be indirect, as part of the increased uncertainty, inflationary pressures, and the slowdown in global economic activity. Specifically, considering the importance of the U.S. to our country, we can expect Mexico's stance to have a spillover effect of irritants to other issues that are important to Washington, including greater pressure on the economic and trade agenda.