In July, Mexico’s National Council for the Evaluation of Social Development Policy (CONEVAL) released new statistics on poverty in Mexico. They show that Mexico's poverty rate fell slightly, but that the number of people living in poverty actually increased. This short article first explains the various components of Mexico’s poverty measurements and then explores some potential explanations for contradicting trends in income‐based poverty and multidimensional poverty.

In July, Mexico’s National Council for the Evaluation of Social Development Policy (CONEVAL) released new statistics on poverty in Mexico. They show that Mexico's poverty rate fell slightly between 2010 and 2012, dropping 0.6 percent, from 46.1 percent to 45.5 percent. Nonetheless, during the same period the number of people living in poverty actually increased from 52.8 million to 53.3 million, since the overall population of Mexico grew from 114.5 million in 2010 to 117.3 million in 2012. The results, then, are mixed. The poverty rate declined, yet the number of poor increased.

Extreme poverty, on the other hand, clearly declined. Both the number and percentage of Mexicans living in extreme poverty fell between 2010 and 2012,  from 13.0 million (11.3 percent) in 2010 to 11.5 million (9.8 percent) in 2012. This reflects both the continuation of a long term trend of declining extreme poverty in Mexico and a recovery from the 2009 recession. Anti‐poverty efforts like the successful conditional cash transfer program, Oportunidades, and the expansion of health care toward universal coverage with Seguro Popular are certainly part of the explanation for such improvements.

Still, a deeper look into the components of Mexico’s multidimensional poverty measurements reveals a troubling issue. Despite the overall decline in poverty shown with the multidimensional measure, poverty as measured solely by income continues to rise. That is, even as access to things like education, housing, and healthcare improve, and even as the overall economy is growing, Mexico’s poor are not seeing their incomes rise as quickly as prices. This short article will first briefly explain the various components of Mexico’s poverty measurements and will then explore some potential explanations for the contradicting trends in income‐based poverty and multidimensional poverty.

To view the rest of the article please open the PDF 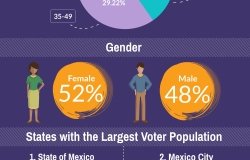 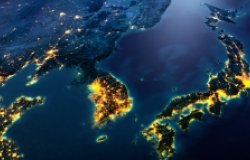