Skip to main content
Support
Explore More
Close
Article
Economics and Globalization
Doubts Persist Over Mexican Contract Terms: Will the Government Get it Right in Time?
By Duncan Wood on June 4, 2015
Share on FacebookShare on TwitterShare via Email
SharePrint
Part of the Commentary, Analysis, Video
Article

In this article for the Financial Times' Beyond Brics, Duncan Wood discusses the results of the July 15th oil auctions in Mexico.

On Wednesday July 15, Juan Carlos Zepeda, the president of Mexico’s National Hydrocarbons Commission (CNH), announced the results of bidding for exploration contracts in 14 shallow water blocks in the Gulf of Mexico, the first time in over 75 years that production-sharing contracts have been awarded in the country. The results were eagerly awaited by energy industry analysts the world over. As the envelopes began to be opened, the president’s office and the CNH tweeted an inforgraphic stating that the process would be deemed a success if four to seven contracts were successfully awarded.

In the end, only two blocks were awarded, both to a consortium formed by Sierra Oil of Mexico, Talos Energy of the US and Premier Oil of the UK. The government received offers from just nine bidders (five individual companies and four consortia), a pitiful tally given that 49 companies each paid $365,000 to enter the data rooms and 25 of those companies pre-qualified to bid. Of the majors, only ENI and Statoil made bids, leaving most of the big names on the sidelines.

In the press conference after the ceremony, government officials blamed the results on the current low price of oil and on the fact that many companies were “learning the process”. But it was clear that officials were deeply disheartened by the outcome.

Read the full article on the Financial Times' Beyond Brics. 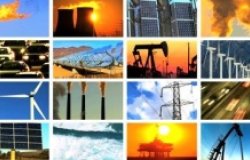 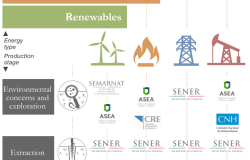