Polling data from November 2021 shows that 64 percent of respondents think that relations between Mexico and the U.S. are good or very good. Positive perception of the bilateral relationship has been at an all time high for the past two months, since February 2019.

Mexican public opinion perceives the most favorable bilateral relationship between Mexico and the United States since President López Obrador began his administration. An EL FINANCIERO national poll conducted this November shows that 64 percent of respondents think that relations between Mexico and the U.S. are good or very good, as opposed to 18 percent who think that they are bad or very bad. The September poll recorded 65 percent of positive opinion being the two highest marks on the perceived bilateral relationship since February 2019.

The image of the United States among Mexicans has also improved, recording 67 and 66 percent of favorable opinion in September and November, respectively, compared to 53 percent in August.  Similarly, positive opinions about President Joe Biden have gone up: after oscillating between 40 and 47 percent in recent months, support for Biden in Mexico reached 65 percent in September and 59 percent in November, his highest levels since Biden took office last January. According to the November poll, 19 percent of Mexicans think unfavorably of the U.S. president.

On the issue of immigration, the polls reveals that a slight majority of of Mexicans (51 percent) believe that the Mexican government should support migrants who seek to enter the United States through their national territory.  In contrast, 44 percent support the position that the Mexican government should close the borders to migrants. These opinions have been more or less stable since May 2020. On this issue, the poll does not reveal significant differences by partisan orientations: the PRI and Morena followers are slightly more in favor of supporting migrants, while PAN and non-partisans are slightly more in favor of the border closure.  However, the differences of opinion by region are quite sharp: the greatest support for migrants is expressed in the south of the country, with 72 percent, and the least support for migrants is observed in the north, with 40 percent. 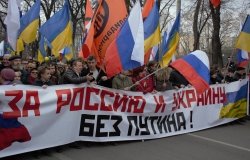 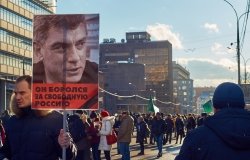