Reaction from Sergey Parkhomenko, Senior Advisor to the Kennan Institute.

“About three thousand people crowded tonight at one of Moscow's airports, Vnukovo, to greet Alexei Navalny and his wife, who were returning to Russia after six months of health treatment in Germany.

The police made considerable efforts to limit the number of people at the airport. Everyone was closely controlled at the entrance. Inside, there were many police and special forces to disperse demonstrations in black plastic armor, with dogs and guns. Dozens of buses with police reinforcements and dozens of special vehicles for transporting arrested people with heavy bars on the windows were parked near the airport.

However, the events at Vnukovo passed relatively peacefully. A few dozen people were detained. For a Moscow public rally, that's a pretty modest number. The detainees were mostly Navalny's colleagues from his political organization, the Anti-Corruption Foundation, as well as well-known activists and regular protesters in Moscow.

Many of the participants in this impromptu indoor manifestation followed the plane's movements with the FlightRadar app, where you can see air traffic over Europe in real time.

Just eight minutes before the plane was scheduled to land, when it was at about 6,000 feet, the plane turned around and headed toward another Moscow airport, Sheremetyevo, in the north of the city.

A shared sigh of disappointment swept through the crowd that filled Vnukovo's arrival lobby. A few minutes later, aviation authorities in Moscow confirmed that the plane would land at another airport "due to technical reasons."

It is clear that the authorities decided not to take the risk of allowing the plane to land at an airport full of Navalny's supporters, ready to greet him enthusiastically.

At Sheremetyevo, where the plane landed, Alexei Navalny was immediately arrested as he crossed the passport control line and taken to an unknown destination. His lawyer, who accompanied him, was not allowed to follow him.

Alexei Navalny's return to Russia was undoubtedly the most important political event in the country today. The attention of the media was focused on it. Politicians of all kinds and affiliations were competing in commentary about the significance of 'that event and its consequences. More than a million people simultaneously watched the developments live on several Internet streams broadcast by independent media outlets on Youtube.

After Alexey Navalny was poisoned with the deadly chemical agent Novichok on August 20, 2020 and fell into a coma before being evacuated by a special air ambulance to Germany, he underwent a remarkable political change.

Today he is back in Russia, being not just the most active and loudest opponent of Russian President Vladimir Putin and his authoritarian regime, but the undisputed leader of the entire Russian opposition. Over the past 6 months he has become a world-renowned politician, a symbol of resistance to the authoritarian regime in Russia, and inside the country he has become politician number two and Vladimir Putin's direct pursuer.

During these six months that Navalny was forced to spend in Germany, he was not only recovering from the physical damage caused by the use of the chemical warfare agent. During this time, he, along with his supporters and several groups of investigative journalists, was able to organize a powerful investigation into the attempt to kill him.

This investigation has demonstrated and presented very serious evidence that there are secret squadrons dedicated to political assassinations in Russia. They have been operating for many years, and have apparently been involved in many dozens of assassination attempts - some successful, some not - on political opponents of Vladimir Putin and his regime. These squadrons are subordinated to the special services' command and their activities are coordinated by the country's top political leadership. In their attacks on opposition politicians and other people unpleasant to the government, these squadrons use chemical warfare agents that are banned by international conventions. Many years ago, Russia declared that the production and storage of these substances was no longer possible, and all stockpiles had been destroyed. Now it turns out that all these statements were lies.

Putin and his inner circle are undoubtedly directly responsible for this system of political assassination. They are also responsible for the choice of means used to kill, including highly effective military poisons.” 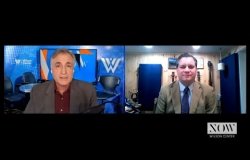