The Nuclear Proliferation International History Project is please to announce the participants of the 2012 Nuclear Boot Camp in Allumiere, Italy. 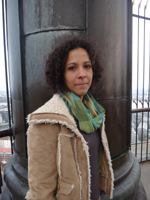 Mariana Carpes has a BA in history from Universidade Federal Fluminense and an MA in international relations from Pontifícia Universidade Católica do Rio de Janeiro in 2006. She is currently a PhD candidate at GIGA - German Institute of Global and Area Studies analyzing the variation in the nuclear strategies of Brazil, India and South Africa during the 1990s. She focuses on the role of the region in these countries nuclear decisions to pursue or abandon their nuclear projects.
Her areas of interest include history of international relations, nuclear politics, Brazilian foreign policy, theory of international relations, foreign policy analysis, Brazilian defense strategies, and Brazilian technology strategies.

Rodica Eliza Gheorghe is a DPhil candidate at the University of Oxford, working on a thesis on Romania’s foreign policy between 1968 and 1978 with particular emphasis on Romanian efforts to obtain nuclear technology from the west. Liz pursued her undergraduate degree at the department of political science at the University of Bucharest, and graduated ‘valedictorian’ in 2008. In 2010, she graduated with honors from the security studies program at Georgetown University, where she was a Fulbright Junior Scholar. At Oxford, Liz tutors undergraduates on international relations during the Cold War for the department of politics and international relations. Her research interests include Cold War history, intelligence and national security policy, as well as innovation in defense technology.

Elmar Hellendoorn is currently writing a dissertation on the history of the Netherlands’ nuclear proliferation policy at Utrecht University. The main part of his research focuses on the relationships between the Netherlands’ approach to nuclear proliferation in the Middle East and Pakistan during the 1970s and 1980s and the strategic context of that region, especially in the context of Cold War tensions and oil supplies. Before starting with his PhD, he worked as a strategist at the Netherlands’ Ministry of Foreign Affairs, where he developed a strategic concept for economic diplomacy and security. He received an MA (cum laude) in the history of international relations at Utrecht University (2008) and, subsequently, an MA in EU international relations and diplomacy at the College of Europe in Bruges (2009).

Se Young Jang is currently a PhD student in international history at the Graduate Institute of International and Development Studies (IHEID) in Geneva, under the supervision of Professor Jussi Hanhimäki. She received her BA in political science and MA in international relations from Seoul National University. Her MA dissertation was on the activities of the US Office of Strategic Services on the Korean Peninsula during World War II. Before joining the IHEID, she was a South Korean diplomat specializing in disarmament and non-proliferation issues and also participated in the 2009 UN Program of Fellowship on Disarmament. Her PhD dissertation focuses on the US nuclear non-proliferation policy toward its allies in Northeast Asia in the 1970s. Her research interests broadly include Cold War history in Northeast Asia, US foreign policy and North Korean nuclear issues. 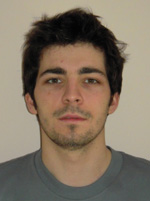 Steven Leech is an AHRC funded doctoral student at the University of Manchester. He received his BA with honors in ancient history and archaeology and his MA in archaeology with distinction, both from the University of Manchester.
His research interests include the Cold War, nuclear/radioactive materials, materiality/intangibility, cultural heritage, anthropology of the senses, human and non-human agency, sound studies, art as research practice (especially sound art), materiality of rituals and religion, as well as the relationship between policy, discourse and practice.
His general interests include travel, football (soccer), animation, film, literature, museums, volunteering, architecture/design, family/friends, and music. 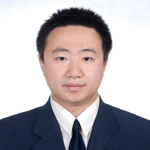 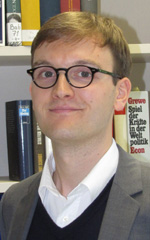 Andreas Lutsch is working on his PhD thesis on West German nuclear security policy in the 1960s and 1970s. He has nearly completed his archival research in several German archives and spent three months in the US and in Britain to conduct research.
He is an assistant professor at the University of Mainz where he teaches undergraduate seminars on international history of the 20th century with a focus on German and European affairs. He received his MA in history, law and political science in 2009 after five years of studies in Mainz and at the University of Glasgow, Scotland. He is a board member of the Stresemann-Gesellschaft, Mainz; a civic organization which is dedicated to further public and scientific understanding of German foreign policy, the European integration process and international affairs.
His interests include following contemporary political trends in the press and scientific periodicals, sports (particularly tennis, soccer, snooker and running), travelling, and spending time with my family and friends. He lives with his wife and one-year-old daughter in Nierstein, Germany. 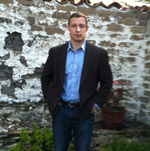 Brad Morris recently finished his MA in nonproliferation and terrorism studies at the Monterey Institute of International Studies. His research primarily focuses on three main areas: US nuclear weapons policies, 1947-1953; US nuclear force strategies, 1981-1986; and US extended deterrence assurances during deep force reductions. While a student, he was also a graduate research assistant at the James Martin Center for Nonproliferation Studies.

Iyinoluwa Ologe is currently pursuing a PhD at Monash University in Australia. His thesis is a historical study of Britain's nuclear nonproliferation efforts. He is interested in international relations as a whole and writes commentaries on current events - whenever he gets the chance. Professionally, he hopes to be a governmental consultant on nuclear policy matters. 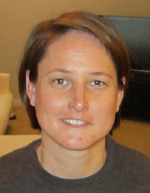 Christina Olson is enrolled in the historical resources management/geographic information systems program at Idaho State University where she expects to pursue research in nuclear history within the context of the environmental record and landscape development, through the use of geospatial modeling. She is employed by the cultural resource management office at the Idaho National Laboratory (INL). Prior to working at the INL, she worked for a private contractor near Atlanta, Georgia. Ms. Olson received a BA of science degree in historic preservation from Southeast Missouri State University and an MA degree in historic preservation from the University of Georgia. 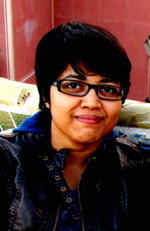 Jayita Sarkar is a PhD candidate and teaching assistant at the department of international history of the Graduate Institute of International and Development Studies in Geneva. Her dissertation concerns the relationship between nuclear science, state sovereignty and strategic policy in India from 1947- 2007, with an evolving special focus on Indo-French nuclear relationship. Jay was an international visiting fellow at the Institute for Defence Studies and Analyses in New Delhi in 2011 and served as events coordinator for the Nuclear Age Peace Foundation in Geneva until March 2012. She holds a Master recherche in sociology from the Université de Paris IV-Sorbonne and an MA in international relations from Jadavpur University in Calcutta, India. Her research interests include South Asian nuclear history, history of science and technology, nuclear energy and anti-nuclear and peace movements. 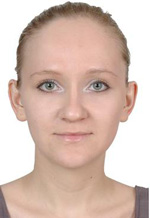 Alsu Tagirova is a 24-year-old Russian citizen. She graduated with honors from Kazan State University in Russia in 2008. That same year she came to China to study for an MA in modern history of China and was admitted to Sun Yat-sen University in Guangzhou. She received an MA degree in 2010 and continued studying at Sun Yat-sen University to get her PhD degree. She is a visiting scholar at the Center for Cold War International History Studies in Shanghai, as well as a member of a research group that works on “The Studies of Soviet Nuclear Weapons and their Influence.” Apart from history, she is also interested in learning foreign languages. She is fluent in English, Chinese, Turkish and Korean. Because of the fact that she belongs to an ethnic minority in Russia, she is bilingual, so her mother tongues are Russian and Tatar. 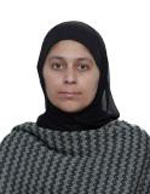 Sadia Tasleem is currently a lecturer and a PhD candidate at the department of defense and strategic studies, Quaid-i-Azam University, Islamabad. She has worked as a senior research scholar at the Institute for Strategic Studies, Research, and Analysis (ISSRA) at the National Defense University; a research associate at the International Islamic University and a lecturer at the department of international relations, National University of Modern Languages. She completed her MSc and MPhil in defense and strategic studies from Quaid-i-Azam University with distinction. Presently, she is undertaking research on “Pakistan’s Foreign Policy in the Shadow of Nuclear Weapons” for her PhD Dissertation. She is the author of “Indo-US Nuclear Cooperation: Altering Strategic Positioning & Shifting Balance of Power in South Asia.” Her research interests include the dynamics of nuclear politics particularly in South Asia, strategic stability, export control regimes, issues of conflict resolution, the academic value of Strategic Studies, and other related topics. 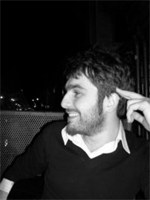 Antonio Tiseo is currently working as a consultant for institutional communication at the presidency of the Latium Regional Council. He is also a PhD candidate at the doctoral school in political studies of Roma Tre. The title of his dissertation is “Plutonium politics and European Integration: Fast Breeder Reactors’ European Cooperation Parabola Described within the EURATOM Framework.”
He received an MA in parliamentary studies at the Institute of Advanced Learning Silvano Tosi, University of Florence as well as an MA of international politics at the University of Florence “Cesare Alfieri.”
His publications include the book “Quarant’anni di non proliferazione: dibattito tra storici e scienziati” (40 years of nuclear non-proliferation: a debate between historians and scientists) which he co-authored with Matteo Gerlini, the article “FBR, plutonium and non-proliferation in the Carter Years,” and the pocketbook “Due anni e mezzo di Governincontra: quattordici eventi promossi in altrettante province italiane” which he co-authored for the Italian Ministry of Policy Implementation. 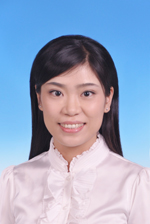 Jing Zhang is a lecturer of party history in the party school of the Central Committee of the CPC. She received a BA degree of history as well as a BA degree in economics from Peking University in 2006 and a PhD in history from PKU in 2011. Her research interests include the history of US-China relations, Chinese diplomatic history, and Chinese nuclear history.