One month ago today, world-renowned Mexican journalist Javier Valdez Cárdenas was ambushed by unidentified assailants while leaving his office in his hometown of Culiacán, Sinaloa.

One month ago today, world-renowned Mexican journalist Javier Valdez Cárdenas was ambushed by unidentified assailants while leaving his office in his hometown of Culiacán, Sinaloa. According to press reports, he was pulled from his car, shot a dozen times in the middle of the day on a crowded street, and left lifeless in the middle of the road. His signature Panama hat lay bloodied beside him.

Reporting from the base of the infamous Joaquín “El Chapo” Guzmán’s ruthlessly violent Sinaloa Cartel, Valdez was widely recognized as one of Mexico’s most fearless journalists. One of the country’s leading chroniclers of organized crime, corruption, and the intricate links between the two, he was awarded the Committee to Protect Journalists (CPJ)’s International Press Freedom Award in 2011. “In a country where widespread self-censorship is the consequence of violence by drug syndicates and criminal gangs, Valdez still covers sensitive issues,” wrote CPJ in its announcement of the award.

Days after his death, fellow reporter Javier Garza Ramos wrote in El País that Valdez’s murder “shook the Mexican press unlike any other act of violence against journalists in the past decade.” Violent attacks against media workers are not uncommon in Mexico (more than 100 journalists have been killed since 2000), but such high profile, internationally recognized reporters are rarely targeted. Valdez’s assassination sends a chilling message to the Mexican press: no journalist in Mexico is untouchable.

Following the murder of journalist Miroslava Breach in March, Valdez took to Twitter to rally the Mexican media to continue reporting on the issues that matter. “Let them kill us all if that is the death sentence for reporting this hell. No to silence,” he wrote. His words foreshadowed his eerily symbolic death two months later. At 12 o’clock, his attackers pumped his body with 12 bullets outside the offices of Ríodoce (in English, “River 12”), the crime- and corruption- focused publication he co-founded and edited. He was shot with a silencer. “His loss is a blow to Mexican journalism and to the Mexican public, who see a shadow of silence spreading across the country,” said CPJ Executive Director Joel Simon in a statement following the incident.

Mexican President Enrique Peña Nieto outlined measures to better protect freedom of expression at a press conference in Mexico City two days after Valdez’s murder. He promised to strengthen coordination between federal and state authorities in investigating attacks against the press, to allocate more resources towards protecting threatened journalists, and to secure more funding for the Special Prosecutor’s Office on Crimes Committed against Freedom of Expression (FEADLE). “As a citizen, I share journalists’ and the public’s desire for justice,” he assured the audience. “I can state that we will act with firmness and determination to detain and punish the perpetrators.”

But these promises have been heard before. Over the past decade, similar measures have been announced to little effect, and impunity remains the norm. Since 2006, FEADLE, the Special Prosecutor’s Office for Crimes against Journalists (FEADP), and the Mechanism to Protect Human Rights Defenders and Journalists were created to beef up protections for media workers; however, Mexico remains the most dangerous country in the Western Hemisphere and the third deadliest country in the world for the press. In 2016 alone, international human rights organization Article 19 reported a troubling 426 attacks against journalists, including 11 homicides. Before Valdez, five journalists were murdered in Mexico in just the first few months of 2017, and since his death thirty days ago, the Washington Office on Latin America has documented an additional 12 cases of crimes against journalists and attempts at censorship.

While these numbers themselves are alarming, what is most concerning is the systemic impunity that would appear to make reporters an easy target for perpetrators looking to silence their critics. By Article 19’s estimate, 99.75 percent of attacks against the media in Mexico end in impunity. Since its creation in 2010, FEADLE has examined more than 800 cases of serious alleged crimes against journalists, but only two have ended in conviction.

A lack of political will to locate, investigate, and prosecute perpetrators leaves journalists alone in the fight to bring honest information to the Mexican people. Reporters increasingly turn to self-censorship to protect themselves from becoming just another body in the street. Another name on a picket sign demanding justice that will likely never come. In turn, Mexican democracy, access to information, and freedom of expression are all diminished. 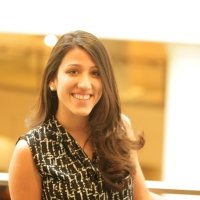 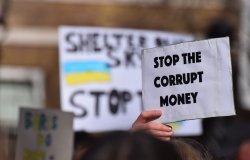