Skip to main content
Support
Show
Live Now
Postponed in Observation of Juneteenth | Disease-Related Stigmas, Their Origins, Their Persistence, and Have We Learned Anything to Stop Them? A Comparative Look at HIV/AIDS and COVID-19
Explore More
Close
Publication
Democracy
Is Populism Really a Problem for Democracy?
Share on FacebookShare on TwitterShare via Email
SharePrint
Article

Is Populism Really a Problem for Democracy? 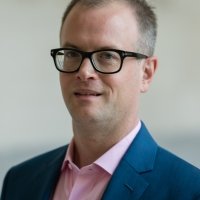 By Patrick Liddiard on September 3, 2019

Populism offers the promise of democratic renewal, bringing new actors and policies into the political system. But populists in government can erode the institutional checks on executive power necessary for durable democracy, even in previously resilient advanced democracies.

Is Populism Really a Problem for Democracy?

Populism offers the promise of democratic renewal, bringing new actors and policies into the political system. But populists in government can erode the institutional checks on executive power necessary for durable democracy, even in previously resilient advanced democracies, and populist mobilization has precipitated democratic breakdown in the wealthiest democracies to ever revert to autocracy: Turkey, Venezuela, and Thailand.

Democratic breakdown—reversion to autocracy through military coup, executive takeover, or popular uprising—is exceptionally rare in the world’s richest democracies. Wealthier democracies are probably more durable because greater prosperity for all members of society reduces the value of control of the state and its sources of patronage, lowering the stakes of national political competition and discouraging subversion of democratic rules.[i] The richest democracies also have more vibrant press and civil societies that can help prevent reversions to autocracy by calling out abuses of government power before they can significantly undermine democratic institutions.

A 2000 study of transitions to and from democracy since 1800 by Adam Przeworski, Michael E. Alvarez, José Antonio Cheibub, and Fernando Limongi found that Argentina in 1976 was the wealthiest country to experience democratic breakdown. Its per capita income in the year before its breakdown was roughly $13,600, and no modern democracy that had surpassed that income level had ever reverted to autocracy.[ii] However, this finding has not held up in the 21st Century. According to data from Freedom House and Penn World Tables,[iii] four democracies with higher per capita incomes have broken down since 2000: Russia in 2004, Venezuela in 2008, Thailand in 2014, and Turkey in 2016. As Jason Brownlee has pointed out, 2016 Turkey now has the distinction of being the wealthiest democracy to ever break down;[iv] its income the year before the breakdown was $26,600, or nearly twice the per capita income of 1975 Argentina.[1]

What’s driving the trend of breakdowns in increasingly wealthy democracies? In all but one of the four cases—Russia in 2004—populist mobilization was the immediate precursor to the breakdowns. In both Venezuela and Turkey, democracy broke down through elected populist leaders’ self-coups—their undermining of key aspects of democratic accountability that rendered their countries autocratic. In Thailand, democracy broke down when the military ousted the populist elected government over political deadlock between Bangkok elites threatened by the political rise of the populist government’s supporters in the hinterlands.

Populist mobilization has contributed to democratic breakdown in a class of previously immune wealthy democracies because populists’ ideology in practice undermines key sources of democratic durability: low stakes of state control and strong civil societies. Populists’ sharp distinction between “the pure people” and “the corrupt elite” polarizes electorates into two exclusionary groups. In such polarized electorates, the stakes of political competition are higher because it increases the possibility that the electoral victor, doubting the good faith and forbearance of its opponent, would seek to permanently advantage itself through institutional changes. By making each election a potentially all-or-nothing affair, populist mobilization can lead any of the actors whose continued cooperation is necessary to sustain democracy—the government, the opposition, or the military—to abandon a system they can longer trust to protect their interests in the future.

Outsider candidates in Turkey, Venezuela, and Thailand were able to mobilize previously marginalized groups left behind by economic change—chiefly the informal sector. In all three countries, the unexpected electoral successes of outsider candidates, each having potentially tenuous attachment to democratic principles, prompted elite backlashes for principled reasons as well as considerations of maintaining their privileged status. In response to these higher stakes, with the potential to lose office outside of the ballot box and to potentially face imprisonment, these leaders became increasingly populist to mobilize supporters against their elite opponents. These populist leaders also restricted civil society groups that might oppose them, often arguing that the leaders alone represented “the people.”

In Turkey and Venezuela, with civil society less able to act as a watchdog on abuses of government power, populist presidents lifted institutional checks on their authority; democracy broke down when these empowered presidents used their control of government institutions to suppress the opposition. In Thailand, amid continuing polarization between opponents and supporters of Thaksin’s populist successors, street violence, government agencies under siege, and a falling stock market, the military declared martial law.[v]

Populists are more likely to have future electoral success in the subregions that have weaker connections between voters and parties than other subregions: Central and Eastern Europe, Southeast Asia, the Andes, Central America, and Southern Africa. The weak formal and informal executive constraints in most of these countries would put them at risk of democratic breakdown under populist governments.

For the full analysis, please see the History and Public Policy Occasional Paper, “Is Populism Really a Problem for Democracy?” here: https://www.wilsoncenter.org/publication/populism-really-problem-for-democracy

The author is an employee of the United States Government, which is funding his fellowship at the Wilson Center. All statements of fact, opinion, or analysis expressed are those of the author and do not reflect the official positions or views of any U.S. Government agency or of the Wilson Center. Nothing in the contents should be construed as asserting or implying U.S. Government authentication of information or endorsement of the author’s views. This material has been reviewed to prevent the disclosure of classified information.

[1] All figures are given in 2018 constant purchasing power parity (PPP) dollars.