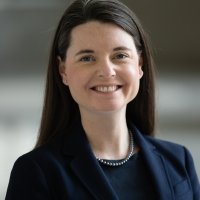 Despite substantial spending and external support, educational quality is stubbornly low throughout the Arab world. Yet Tunisia is a success story. Its high enrollment and literacy – especially among women and girls – has been cited as a factor that led to the Arab spring.

While Tunisia’s centralized education system might deliver equitable outcomes between boys and girls, I find in my research, published in my chapter of The Political Economy of Education in the Arab World, that substantial inequalities across families and municipalities exist and these inequalities are driven by students’ socioeconomic status, rather than gender.

I drew on the Local Governance Performance Index (LGPI), a survey of nearly 3,600 Tunisians conducted in February 2015 by the Program on Governance and Local Development (GLD).[1] Fielded in eighteen municipalities, the LGPI’s large sample size permits fine-grained analysis across localities and social groups, even when it comes to relatively less common experiences such as paying a bribe in the school system.

Centralization and weak Rule of Law

Since independence, Tunisia has made important gains in enrollment, buoyed by a legacy of educational institutions from the French protectorate, a state focused on economic development, and a small, relatively mature population.

According to the Program on Governance and Local Development (GLD) report, Tunisian families spend more on tutoring and other services than the entire state budget for education.

Yet the authoritarian, limited access order that emerged from, and consolidated after independence, ossified both structural regional disparities as well as family-level differences in income. Tunisia has consistently experienced higher levels of education investments in coastal areas resulting in persistent regional disparities in enrollment (Trabelsi, 2013).

Moreover, Tunisia’s centralized system and emphasis on national tests open opportunities for both rent-seeking by teachers as well as higher spending on tutoring and related educational services by wealthier families. Students prepare for two major exams—including le Baccalaureat (high school exit exam)—that determine whether they will be able to continue their education. Higher performance is also associated with placement in more prestigious careers and institutions. This places extreme pressure on students and families to achieve an increasingly narrow margin on exams. According to the Program on Governance and Local Development (GLD) report, Tunisian families spend more on tutoring and other services than the entire state budget for education. This plays an important role in reproducing historical inequities across students from different socioeconomic backgrounds and regions.

There are other concerns as well. Poorer households and those in less affluent regions suffer from lower-quality schools. Figure 1 shows assessments of infrastructure and quality in Tunisia’s schools. In the sample as a whole, nearly 40 percent indicated that the toilets are clean and a similar proportion (41%) stated that their child’s school has a parent’s association. About half (52%) indicated that their school only has one shift and 66 percent stated that the school is well-built. About 69 percent of boys and girls were perceived as being safe going to school. Nearly 80 percent stated that it was untrue that teachers are frequently absent and most (90%) believed that teachers do not show favoritism to students who take special classes with them. 93 percent studied in classes of fewer than 40 students.

These outcomes also vary by municipality. While school quality is generally better in the coastal, eastern areas of the country than in the west and south, some municipalities perform better or worse than might be expected based on their location and level of socioeconomic development (as measured by indoor water plumbing).

Respondents were also asked whether the student experienced a problem at school such as failing grades or being expelled during the previous year. One common problem is grade repetition—a form of inefficiency that is usually the result of a poor system rather than of the individual. Among 6-16 year-olds in Tunisia, 6.2 percent had repeated at least one grade (Soussi and Smaahli Bouhlila, 2018).

In full sample, 13 percent of the respondents stated that for at least one of their children in the there had been a problem in the previous year, such as repeating a grade or being expelled. The extent to which this was the case ranged from a high of 38 percent in Bouarada (Siliana) to none in Jbel Jloud. Very few students (3%) encountered a problem in Bizerte Sud, a relatively poor area in the west of the country, while a quarter of households with children did in the Tunis municipality of La Marsa.

Transparency is also a significant problem in Tunisia, with seven percent of families — disproportionately those in rural areas — having made at least one informal payment in the last year for their child’s school (Figure 3), for example to enroll a child or help them get a passing grade. The proportion of respondents who had done so ranged from 32 percent in Tebolba to none in Bizerte Sud, Bouarada (Siliana), Monastir, Souassi (Mahdia), and Jebel Jelloud (Tunis).

Figure 3. Proportion reporting having made an informal payment to a school

The LGPI demonstrates that poorer households and those in less affluent regions enjoy lower-quality schools and that inequality in socio-economic status (SES) is more striking than gender inequality. Transparency is a significant problem, particularly in rural areas of the country. Yet there is unexplained variation across municipalities – with poor areas sometimes performing better than expected – that merit further exploration. These differences suggest that some local authorities are more effective than others when it comes to managing material and human resources and delivering higher quality outcomes for students and their families.

As Grindleshows in her chapter on Latin America, advancements in enrollment are much easier to achieve than improvements in quality. The same is true for the Arab world. Tools like the LGPI can be effective supports for such reform. Yet reforms that strengthen the rule of law are key. The Tunisian government and its partners should develop standards of accountability for educators. Development organizations might provide monetary incentives or resources for quality improvements (e.g. teacher attendance), and engage local authorities in development reforms. Moreover, the government and development organizations must invest in low SES regions and areas, rather than focusing only on supporting gender inequality in the education system. Through these and other targeted reforms, the education system will better meet the aspirations of Tunisia’s youth and the country’s development goals. 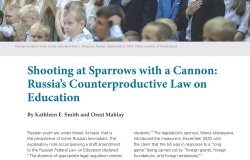