Analysis from Wilson Center experts on the virtual summit between Biden and AMLO.

President Biden is expected to have a virtual summit with Mexico President Andres Manuel Lopez Obrador on Monday, March 1st. Experts from The Wilson Center's Mexico Insitute share their analysis on this important partnership for the new administration.

Analysis from Mexico Institute experts on the talks between Biden and AMLO. 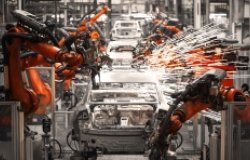