Skip to main content
Support
Explore More
Close
Audio
Climate
In the Heat of the Moment: Climate Change in the Americas
Image Credit
Share on FacebookShare on TwitterShare via Email
Share
Live Now
Part of the Ground Truth Briefings
Event

The Mexico Institute was pleased to host a ground truth briefing on the first meeting between President Biden and President López Obrador where experts analyzed the topics discussed and what they revealed about the US-MX relationship moving forward.

The Mexico Institute was pleased to host a ground truth briefing on the first meeting between President Biden and President López Obrador, where experts will analyzed the topics discussed and what they revealed about the US-MX relationship and future cooperation between the nations.

"The message of the Mexican president's words was respect and sovereignty. Biden’s words were perfect for this."

"President Trump and President López Obrador are two nationalists each wanting to preserve their own turf [...] The relationship worked very well because each issue was not connected to the others. The fear in the López Obrador administration is that the Democrats under President Biden will try to interfere in issues like human rights, climate, and USMCA implementation."

"The Biden administration understands full well what the issues are and the counterparts they are dealing with. What they are trying to do is relax the fears of the other side."

"The future is going to be more complicated for one simple reason: we no longer share a common vision of the future."

"I think there has been a shift in López Obrador’s attitude since Biden took office [...] He is preparing for a Biden administration that may be more involved around issues such as human rights, climate, and compliance with USMCA [...]This is a new approach where the Mexican government is actively trying to protect its interests."

"Even though López Obrador left empty-handed, this meeting shows that López Obrador is taking a different approach to this [U.S.] administration."

"The midterms coming in June are going to be very important for the López Obrador administration [...] Part of the problem in Mexico is that the opposition is very fragmented and they align on opposing López Obrador, rather than proposing a unified plan for governing."

"López Obrador has won a lot of support with his base because he has protected national sovereignty, so he was careful to make that intention clear in the meeting."

"This is the beginning of the Biden administration’s attempt to rebuild the relationship in a different and more cooperative model. They have decided that means building trust with López Obrador."

"It is going to take a lot of investment to build up confidence in security cooperation on both sides of the border. I think the people suffering and dying are what will make us make that investment [...] In this first meeting, there was an effort to work on other priorities, but certainly, security will be on the agenda."

"At the moment, demand for vaccines outpaces supply, here and everywhere else. Once we get to the point that we have more supply than demand, the Biden administration will be able to revisit supporting Mexico."

"Biden's main priorities right now are immigration and COVID. Those two issues are inextricably linked to Mexico. I think Biden is aware of this and aware of the sensitivities of the López Obrador administration. In this meeting, I think there was a focus on the issues that might be seen as 'easier'."

"It wasn’t the most overwhelming binational meeting in terms of agreements, but it set the precedent for cooperation. I think they were trying to get things started on a good foot."

"In terms of achieving success on immigration, more of the burden lies on the United States Congress and its ability to pass legislation. One thing that Mexico can do is work with the United States to address the root causes of migration." 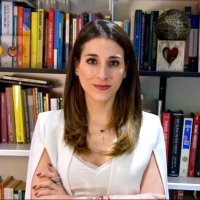 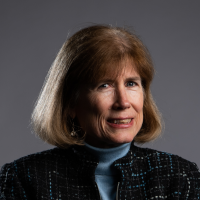 Correspondent for Mexico and Central America, The Washington Post