President Obama has eased sanctions against Sudan, a nation designated as a terrorism sponsor whose leader has been accused of war crimes. Wilson Center Africa Program Fellow, Zach Vertin, explains the move and what the US hopes to gain by attempting to normalize relations with the African nation.

Guest
Zach Vertin is a Fellow with the Wilson Center’s Africa Program. A writer and foreign policy analyst; he has spent the last decade working in international politics and peace and conflict issues, particularly in Africa. He previously served as Director of Policy for the U.S. Special Envoy to Sudan and South Sudan, which spearheads American policymaking on behalf of the State Department and the White House. Prior to that, Vertin spent six years at the International Crisis Group, where he served as Senior Analyst for the Horn of Africa, and as Advisor on peace operations and multilateral affairs in the UN Security Council. 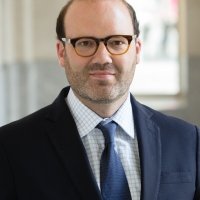