Putin and Erdogan’s Marriage of Convenience

Frustrated by the Syrian opposition’s loss of ground against President Bashar al-Assad, and fearing the empowerment of the Syrian Kurds, Erdogan began to tack toward Moscow and away from its Western alliance partners roughly a year after Ankara shot down the Russian warplane. Turkey is now one of the parties in the Syrian cease-fire negotiations, along with Russia and Iran; its equities are the armed Sunni opposition groups that depend on Ankara. By contrast, the United States, Turkey’s traditional ally, was excluded from the negotiations and the pending conference in Astana.

It has been a remarkable turnabout. In November 2015, then-Turkish Prime Minister Ahmet Davutoglu and President Recep Tayyip Erdogan proudly took credit for ordering the shooting down of a Russian warplane that had violated Turkish airspace for a grand total of 17 seconds. Russian retaliation in the form of stinging economic sanctions swiftly followed. Eventually, Erdogan was forced to apologize to Russia and concoct a new narrative assigning blame to the two hapless Turkish F-16 pilots who shot down the Russian jet. The rest of the job fell to the Turkish press, mostly controlled by Erdogan and his allies, which then propagated the notion that F-16 pilots had taken their orders from Fethullah Gulen, the controversial cleric living in exile in Pennsylvania.

One would have had to be very gullible to believe such a fantastic story — and though Vladimir Putin can be accused of a lot of things, naiveté is hardly one of them. For the Turks, however, it was important to convince their domestic audiences of this narrative. Similarly, a year later, when the Russian ambassador to Ankara was assassinated in plain sight by a rogue police officer, the Turks once again blamed it on their same all-purpose bugaboo. The Russians once again rolled with the new narrative.

These episodes are emblematic of the changing nature of the Russian-Turkish relationship. Frustrated by the Syrian opposition’s loss of ground against President Bashar al-Assad, and fearing the empowerment of the Syrian Kurds, Erdogan began to tack toward Moscow and away from its Western alliance partners roughly a year after Ankara shot down the Russian warplane. Turkey is now one of the parties in the Syrian cease-fire negotiations, along with Russia and Iran; its equities are the armed Sunni opposition groups that depend on Ankara. By contrast, the United States, Turkey’s traditional ally, was excluded from the negotiations and the pending conference in Astana.

Considering that Moscow and Ankara had been at loggerheads since the beginning of the Syrian civil war, with each supporting opposing factions, how did this new result come about? The answer paradoxically lies more in Erdogan’s pique at the United States than anything Putin may have done.

The arrival of the Arab Spring in Damascus posed a dilemma for Ankara. Unlike Egypt, where Turkey welcomed the Hosni Mubarak regime’s overthrow and rise of its long-standing ally the Muslim Brotherhood, in Syria much more was at stake. Erdogan had invested a great deal in improving relations with Assad, despite the latter’s narrow Alawite base. The two leaders had even become quite close personally. Their nations held joint cabinet meetings, celebrating them as “two countries, one government.”

At first, Erdogan tried to persuade Assad to introduce modest reforms. But faced with the Syrian leader’s staunch refusal to go along, he turned on his former ally.

Soon Turkey was supporting a moderate — though armed — opposition to the Syrian regime. More radical movements — first al Qaeda’s affiliate in Syria, the Nusra Front, and then the Islamic State — were to eclipse this opposition.

In October 2014, the Islamic State, flush from its victories in Mosul, decided to capture the Syrian town of Kobani, which was defended by the Syrian Kurdish People’s Protection Units (YPG). U.S. President Barack Obama chose to intervene with a series of airstrikes, because it appeared an opportunity to inflict sizable losses on the Islamic State and its captured American military equipment. Syrian Kurds held the town, demonstrating to Obama that the YPG militia could be turned into an effective ally against the Islamic State when no one else was capable of challenging the Islamist radicals.

The resulting chain reaction brought Turkey closer to Russia. Overnight, America had transformed the Syrian Kurds into a legitimate actor, enabling them to consolidate territorial gains adjoining Turkey. For Ankara, however, this was nothing short of a victory for the hated Kurdistan Workers’ Party, which had been instrumental in the creation of the YPG and waged a decades-long guerilla war against the Turkish state.

These developments coincided with the Russian entry into the Syrian theater. Unnerved by the steady weakening of the Damascus regime, Russia used its airpower decisively to halt the advance of the opposition and then later help the Syrian regime and its allies, Iran and the powerful Lebanese militia, Hezbollah, to recapture territory. In December 2016, this coalition ultimately defeated the opposition in Aleppo.

Ankara’s rapprochement with Russia has occurred amid increasing tensions with the United States.

In August 2016, Turkey launched Operation Euphrates Shield, deploying mechanized army units along with a ragtag array of Syrian fighters first to the town of Jarablus and then to al-Bab, where they appear to be bogged down in fighting. While the operation has been billed as an effort to drive back the Islamic State, in reality it is primarily designed as an attempt to challenge Syrian Kurdish expansion. Turkish officials have repeatedly said they would even capture Manbij, a town liberated from the Islamic State by the YPG. Together with the repeated shelling of YPG positions in Syria, the threat to overtly engage the Syrian Kurds represents a challenge to U.S. efforts to eliminate the Islamic State.

Following the cease-fire deal reached among Turkey, Iran, and Russia, Russian aircraft for the first time bombed Islamic State targets in al-Bab, the current target of Operation Euphrates Shield. As the United States and Turkey remain mired in disputes over the nature of the operation and its goals, the bombing runs signaled that there were benefits to working with Moscow.

Ankara’s rapprochement with Russia has occurred amid increasing tensions with the United States.

As a result, the Turks appear to have agreed to allow Assad to remain in power in Damascus. Deputy Prime Minister Numan Kurtulmus said Turkey’s Syrian policy had been erroneous from the beginning; Syrians should have been allowed to decide the fate of Syria, not outsiders.

Such a stark admission again belies all logic. Turkey’s turnabout is not solely driven by an appreciation of the stark conditions in Syria, but rather by Erdogan’s anger at the Obama administration. Obama’s kid-gloves approach to Turkish human rights violations and his effort to steer clear of public criticism of Erdogan notwithstanding, the conspiratorial nature of Turkish politics has 79 percent of the population, according to one poll, believing that the United States orchestrated the failed July 15 coup attempt. Not a day goes by without a Turkish official publicly condemning the U.S. role in the coup or in other malicious attacks on Turkey’s interests, including terrorist attacks. The persistence of these claims suggests that Erdogan and his confidants believe them themselves — which raises the possibility of miscalculations that could further endanger bilateral relations.

Turkish officials have recently questioned whether the United States will be allowed to maintain its access to the mammoth Incirlik Air Force base, which is vital to the campaign in Syria and power projection elsewhere in the Middle East. Washington, Turkish officials are implying, may have overstayed its welcome.

The harsh Turkish critique of the Obama White House should be seen as a gambit for the incoming Trump administration. Ankara is hoping that the incoming administration will not be invested in supporting Syrian Kurds and, therefore, will be more amenable to prioritizing Turkish interests. In view of Donald Trump’s conviviality toward Putin, Turks may also be counting on Russian support for Ankara’s new position with Washington.

This ploy, however, could easily backfire with members of the incoming administration who think that defeating the Islamic State remains the No. 1 priority. The same may not be true for Moscow; Russian troops have been reduced since the fall of Aleppo, and U.S. intelligence has made it clear that in their estimation Putin has done little to nothing when it comes to fighting the Islamic State. It also assumes that the Russians will be willing to see the Syrian Kurds defeated; if past Russian behavior in the region and with the Kurds elsewhere is any indication, Moscow is loath to see any group or organization that can one day potentially be useful disappear.

Still, it would be foolhardy to suggest that Erdogan would contemplate abandoning NATO. Turkey lives under the shadow of the Russian giant — its anger at the United States and its Western allies notwithstanding, it needs the protection the alliance offers. Without it, the Russians would be able to intimidate Ankara at will. Erdogan correctly calculates that he can be a free rider in the alliance, cozying up to Moscow and antagonizing Washington, all the while knowing that the U.S.-Turkish relationship is deeply embedded in NATO.

Putin has made the most of a weak hand. Russia is not only in the middle of a severe economic crisis but was also facing the prospect of “losing” a client state, Syria, to a jihadi alliance supported by its competitors. He has achieved much of what he wanted to achieve, preventing Assad’s overthrow and sparking mischief between Ankara and Western capitals. By signing up to the ongoing cease-fire, however tenuous it may be, Turkey has validated Putin’s overall stance and reaffirmed his importance in world politics. Nothing could be allowed to spoil this, not even the December 2016 assassination of Russia’s ambassador in Ankara.

For now at least, two repressive populist leaders, Erdogan and Putin, have struck up a marriage of convenience. Erdogan is hard at work pushing through a constitutional change that will officially make him, not unlike Putin, the sole decision-maker. They share an ingrained animosity toward the West, have no interest in interfering in each other’s internal affairs, and are unencumbered by domestic opposition, granting them a remarkable degree of flexibility. Can it last?

It all depends on Trump. As the new administration formulates its own anti-Islamic State strategy, it will have to set its priorities. This will be the critical factor in breaking the new allies apart, or driving them even closer together. The Trump administration may join the Russia-Turkey alliance, only to discover that it had validated Ankara and Moscow’s attitude that the lone superpower can be pushed around. Alternatively, it could choose to pursue its own goals while playing for time and ensuring that Ankara does not take the United States for granted.

In the end, Trump should not forget that he has leverage in shaping the relationship with Ankara. As he begins working with Erdogan, he should remember well that the United States is far more important to Turkey than any other country or combination of countries.

Henri J. Barkey is the director of the Middle East Program at the Woodrow Wilson Center. The views expressed here are his own. 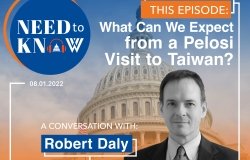