Returning Mexican migrants have great potential to contribute to the Mexican workforce, but there needs to be a better strategy to connect them with meaningful job opportunities.

As part of his electoral commitments, Mexico’s President-elect, Andrés Manuel López Obrador (AMLO), promised to protect the rights of returning migrants and work towards their full integration into what he hopes will be a more prosperous Mexico. Returning Mexican migrants have great potential to contribute to the Mexican workforce, but there needs to be a better strategy to connect them with meaningful job opportunities.

Immigration patterns from Mexico to the United States have shifted starkly over the past decade. Net migration between the two countries has fallen to negative numbers. Mexican migration to the U.S. has decreased and many Mexicans are finding their way back to their country of origin. Between 2009 and 2014, approximately 1 million Mexicans returned to Mexico, while roughly 870,000 immigrated to the United States. In 2014, there were 1 million fewer unauthorized Mexicans in the U.S. than in 2007, according to the Pew Research Center. 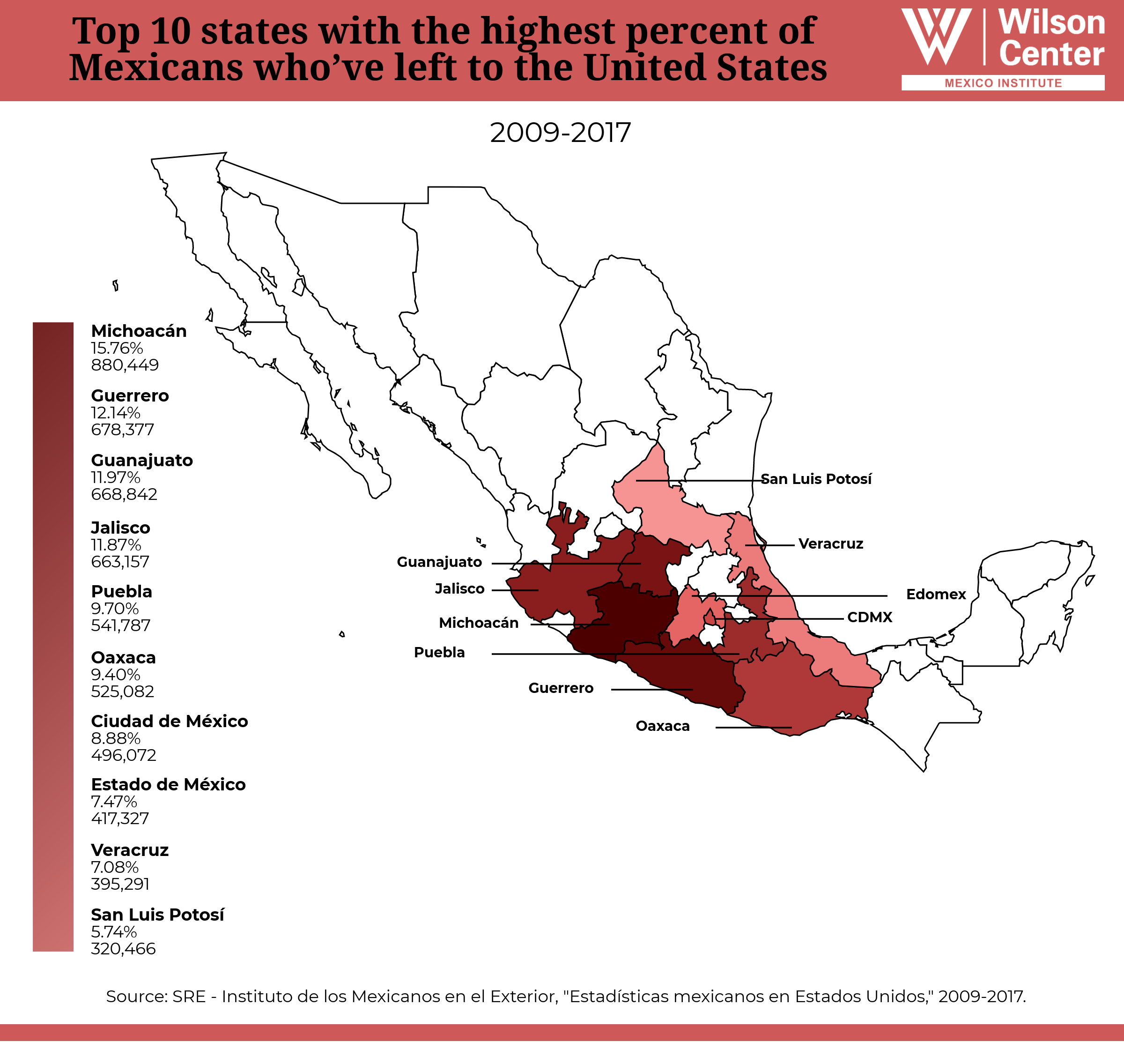 Through 2015, a majority of Mexicans left the United States voluntarily.  However, newly released numbers show a peak in the number of migrants who are returning involuntarily. In the first half of 2018 alone, almost 110,000 Mexicans have been deported. In comparison, 160,000 Mexicans were deported in all of 2017.  Nearly half of all deported Mexicans had not committed a crime prior to deportation, and recent reports show that many of the deportees this year have families and strong community ties in the United States. Most returnees had found ways to integrate into the American society, and many can integrate again in Mexico, if the right tools are applied. 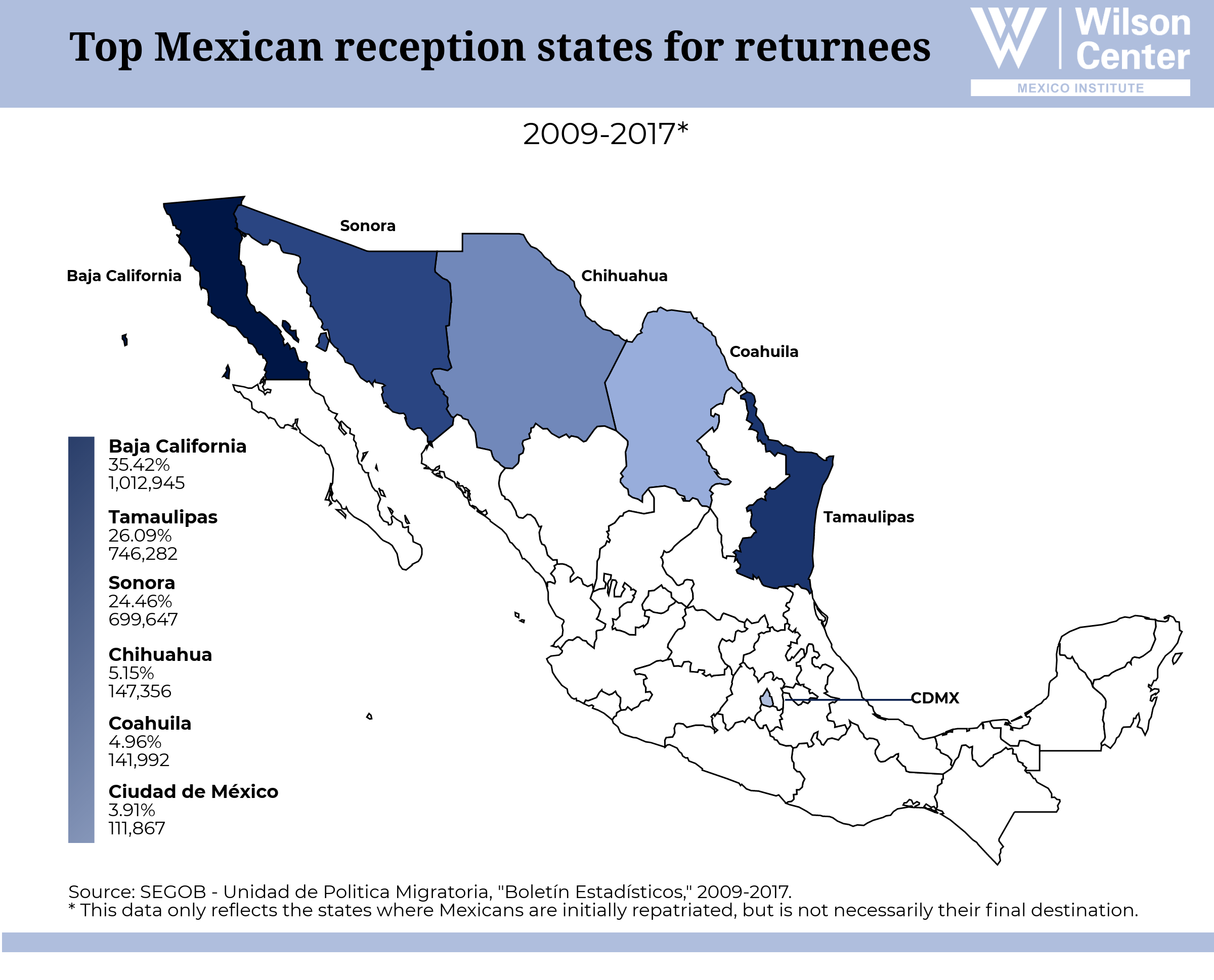 Returning to a country of origin can be very challenging for migrants, regardless of whether they voluntarily leave or are deported. Most face cultural shocks, language barriers, discrimination, and employment or education hurdles—such as improper documentation and inability to transfer educational credits. In Mexico, many primary and secondary schools do not recognize U.S. educational credentials nor do they have the capacity to teach in English. Therefore, children who grow up with English as their native tongue are at a disadvantage.

Many Mexican returnees grew up outside the country and may not have social or cultural links to Mexico.  The lack of social linkages leaves this population unsure of how to search for jobs, access postsecondary education, or use their unique skill sets within the Mexican context.  These unique skills are not limited to being bilingual; many returnees have been exposed to an American education and labor environment that foster technical skills and encourage creativity and innovation. This exposure results in a greater ability to use technologies and a broader multidisciplinary education that allows for the development of soft skills. These skills, in turn, could be harnessed to help confront the challenges facing Mexico’s labor force. Many returnees, however, end up working at call centers or as English teachers due solely to their bilingual abilities. Some who return to poorer communities are left with few options and often work in labor-intensive occupations or become a part of Mexico’s informal economy.

In 2014, the Peña Nieto administration launched the initiative “Somos Mexicanos,” (We are Mexicans) with the goal of helping returned citizens to reintegrate socially and economically. However, critics and returned migrants say that the initiative has had a minimal impact. Civil society groups have tried to fill the gaps that government initiatives left open. “New Comienzos” and “Otros Dreams en Acción”, for example, are NGOs that advocate for returned citizens in the international arena and help them to find ways for economic and social reintegration.

The Mexican economy is challenged by changing demographics, skills shortages and technological evolution.  Half of employers in Mexico struggle to fill vacancies because they cannot find candidates with the needed mix of technical and professional skills or with enough experience. The hardest occupations to fill in Mexico are machine operators, sales representatives, skilled trades workers – such as electricians and carpenters – engineers and IT specialists.  Mexican returnees have a competitive advantage in closing a number of these skills gaps, but the federal government needs to create mechanisms to recognize and validate their foreign competencies, as well as develop educational and training opportunities for them.

AMLO is committed to providing more opportunities to young Mexicans who are not employed, in education programs or being trained (NEETs).  He launched an initiative called “Jóvenes Construyendo Futuro” (Youth Building the Future), which hopes to address youth unemployment through scholarships and apprenticeships. Young returnees, who struggle to navigate the Mexican job system, may contribute to a higher number of NEETs. They are in danger of becoming at-risk youth, particularly if they are in areas with high incidence of organized crime and few economic opportunities. If AMLO’s initiative effectively embraces this part of the population, it can reduce inactive youth numbers and increase economic prosperity.

Technology is evolving at a rapid pace, with the potential to boost economic growth. Yet, technological advancement can also contribute to increased inequality, particularly in developing countries such as Mexico where skills training programs are limited. In the evolving economy, workers with the digital and professional skills required to manage new technologies and adapt to change will benefit. Low skilled workers are at high risk of being displaced by machines. Returned citizens working at call centers, for example, may be at risk of losing their jobs due to automation. Thus, it is vital that they have access to reskilling and upskilling learning and training programs.

The Mexican federal government should invest in developing a workforce with 21st-century skills. The strategy should take into account Mexican returnees, who can greatly contribute to emerging innovations, technologies, and human capital. Investing in the economic reintegration of returning migrants can help address skills gaps in the Mexican labor force. This investment would have a spillover effect across the country by helping to increase firm performance, boost economic growth and reduce regional income gaps.

AMLO’s new administration cannot do it alone, though. Integrating returnees into the workforce requires a multi-stakeholder joint effort between state and local governments, companies, educational institutions and civil society organizations. It is important to note that this government strategy requires increased data on this population in order to formulate a tailored program to meet the needs of Mexican returnees.

Mexican returnees present both a challenge and an opportunity for Mexico’s advancements in workforce development. Language barriers, cultural differences, and lack of social networks are significant issues for Mexican returnees.  These returnees need more institutional support to ensure they can contribute positively to Mexican society and economy. Given their unique bilingual abilities and experience with the American work environment and educational system, they can bring valuable energy and creativity to the Mexican workforce, if given the opportunity. 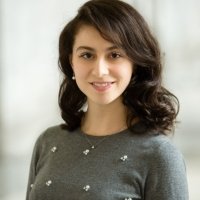