Skip to main content
Support
Explore More
Close
Blog post
Society and Culture
Renaissance at the Lesya Ukrainka Theater
By Blair A. Ruble on June 30, 2022
Share on FacebookShare on TwitterShare via Email
SharePrint
Part of the Viewpoints Series
Article

Restarting Israeli-Palestinian Talks: Five Game Changers that the U.S. Can Pursue for Peace 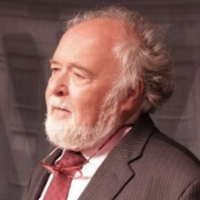 In preparation of the Biden presidency, the Center for New American Security prepared a policy paper entitled, A New US Strategy for the Israeli-Palestinian Conflict, written by Ilan Goldenberg, Tamar Cofman Wittes and Michael Koplow. Recently, Israel’s Minister of Foreign Affairs Gabi Ashkenazi discussed this paper in much detail with his counterpart Secretary Anthony Blinken. The good news is that the policy paper superficially supports the Abraham Accords; the bad news is that it does not recognize the game changing opportunities created by the UAE, Bahrain, and passively also by Saudi Arabia through the accords. Without US support, those game changing opportunities will fade away.

The political truth is simple: The UAE has created a “Sadat Moment” for Israel.

The political truth is simple: The UAE has created a “Sadat Moment” for Israel. For the Israeli public, including the pragmatic Right, peace with the Arab Gulf states is important enough to move gradually towards a two state agreement with the Palestinians. After Anwar Sadat (Egypt’s president until 1981) came to Jerusalem in 1977, a powerful political triangle emerged between the US-Egypt-and Israel’s then leading Center and Center-Left. It was strong enough to oblige Prime Minister Menachem Begin to agree to decisive concessions, which made the Camp David Accords of 1978 possible while allowing him to take credit for peace.

Now the political constellation is more complex, but still similar: A US-UAE-Israeli Center coalition is powerful enough to oblige Israel to take essential steps on the way to a two-state solution. Meanwhile Saudi, Egyptian, and Jordanian support for the Palestinians (not to mention significant support from the Arab street) combined with the US-UAE-Israeli Center coalition has the potential to push through a workable agreement. The authors of this new strategy document, Goldenberg, Cofman Wittes and Koplow, were right to argue that the Abraham Accords have brought tactical damage to the Palestinian cause. They, however, missed an important angle, which is more visible from the ground in Israel, that the accords have created a truly viable strategic advantage in support of shared Palestinian and Israeli interests.

The US needs a strategy coordinating the US-UAE-Israel coalition with the support of the Saudi-Egyptian-Jordanian-Palestinian block to build these game changers on one another. The first game changer has already been achieved: obliging Israel to refrain from annexing West Bank territory. Although this momentum must be sustained by additional transformational developments. Five more game changers are needed:

1. A commitment and a plan for Palestinian state-building

The present situation is absurd: The Palestinian Authority together with the World Bank, the EU and the IMF are preparing detailed state-building plans while ignoring the need for cooperation and coordination with Israel. On the other hand, Israel is given full control to permit, on a “project to project” basis, economic “feel good” activities under the umbrella of the AHLC (Ad Hoc Liaison Committee of the donor community, Israel and the PA). It is a perfect device for maintaining Prime Minister Netanyahu’s conflict management strategy which sustains the occupation. Instead, the PA-World Bank-EU state-building plans must be coordinated with Israel, respect Israeli interests, and connect both Israel and Palestine to the region by improving trade connections between the Mediterranean and the Arab Gulf. In order to achieve this, economic and diplomatic support is needed from the US, the UAE, and the EU.

2. Enforce a change to the language and the rules

The language adopted in future talks should make it clear that state-building activities must create the necessary physical and administrative infrastructure for a prosperous and contiguous state of Palestine. This is essential to obtain support from the Palestinian public in the Palestinian territories and beyond. The Israeli public also understands and tends to support steps separating Israel from Palestine, while creating good neighborly relations and improving Palestinian livelihoods. It is also important to change the rules: It must be clear that on each issue regarding the physical and administrative infrastructure of the emerging state of Palestine, six months action plans must be concluded, allowing for US oversight and monitoring. A joint Israeli-Palestinian team is already working on a comprehensive program funded by the Dutch Government.

In order to start negotiations, the principle of, “what shall be agreed upon will be implemented,” must be adopted by both sides.

3. Prepare terms of reference to start Israeli-Palestinian negotiations within a supportive regional setting

During the present political time-out in Israel and Palestine (due to repeated elections with no stable government on either side), there is time for confidential diplomacy to prepare terms of reference for restarting peace negotiations. The Palestinians and the Arab states will demand US support for the principles of the 2002 Saudi-led Arab Peace Initiative; Israel will demand US support for the principles of the Bush letter to Prime Minister Ariel Sharon of April 2004. In order to start negotiations, the principle of, “what shall be agreed upon will be implemented,” must be adopted by both sides. It will need to pursue state-to-state issues.[1] on a fast track, and the core conflict issues (Jerusalem, refugees, settlements, borders, security) on a graduated track. It is a conflict-transformation-cum-resolution approach.[2] Mutual understanding of how to commit both sides to the endgame, as well as preparing possible BATNAs (best alternatives to no agreement) will also have to be tested.

4. Connecting the Indian Ocean and the Arab Gulf to the Mediterranean

The Abraham Accords have opened the way to promote economic development and connectivity along a land bridge along the southern Silk Road route, connecting the Mediterranean to the Indian Ocean. Enabling this important link in support of regional and global interests will also contribute to the stability of the Hashemite Kingdom of Jordan and create a win-win economic windfall for everyone.

The UAE has started preparing a fifth game changer: religious tolerance. This effort needs substantial support from the US, Europe, and Arab states. The Vatican can also lend it significant credibility after the Pope’s historic visit and meeting with Sheikh Ahmed Al Tayyeb of Al-Azhar University in Abu Dhabi in 2019, and his recent tour of war-torn Iraq earlier this year. It is especially important to encourage Jewish and Muslim communities in Europe and the USA to cooperate in a common struggle against anti-Semitism and anti-Muslim hatred.

Each one of these game changers offers important support to US and Israeli strategic interests, as well as to the strategic interests of other Arab nations. It needs to be rewarded through US support to promote security cooperation between the US, Israel, Palestine, and the Sunni Arab states.

The role of the United States will be to promote a peace-finding process and help sustain it.

Each one of these five components allows the US government to build supportive regional and international coalitions. In addition, overcoming obstruction of various players will be a useful challenge in demonstrating American leadership. Washington should apply maximal pressure on minimal demands to overcome regional obstruction and demonstrate the effectiveness of US diplomacy, and thus rebuild trust in American leadership. However, it also makes clear that regional players, and not Washington, must seek and define the necessary solutions. The role of the United States will be to promote a peace-finding process and help sustain it.

This policy relies on and strengthens America’s moderate and pragmatic allies.With US support, the UAE can do far more to open the way for regional cooperation. Palestinian state-building and strengthening of Jordan can transform it into the center for regional economic cooperation. Reinforcing the pro-US forces in Iraq and Lebanon is also a shared interest. Sufficient funds to make this happen can be raised from the UAE, Saudi Arabia, and the international community at large. It needs political leadership to happen, which only the US administration can provide. Special attention will also be needed to strengthen Egypt as a decisive actor in the Eastern Mediterranean, East Africa, as well as in the Arab World.

This direction also opens the path for a US-led dialogue and an opportunity to cooperate with US rivals. Seeking to renew Israeli-Palestinian peace negotiations under the umbrella of the Middle Eastern Quartet will allow Washington to engage in a cautious dialogue with Russia. Forging a united US-Israeli-Arab Security Alliance will be the only way to deter and successfully engage with Iran. The Palestinian state-building and regional cooperation program reaching from the Mediterranean to the Arab Gulf aims opens the southern trade routes and investment opportunities in parallel to the Silk Road. It makes sense in this context to use this as a basis for dialogue on possible coordination with India and China on expanding trade in the region.

The proposed policy recognizes complex realities without sacrificing the values that are essential to maintaining authority and influence in challenging negotiations.

Finally, the proposed policy allows the United States to maintain the moral high ground, not merely by using slogans but by changing the reality. US policy, ever since Eleanor Roosevelt aimed at defending and disseminating the principles laid down in the 1948 “Declaration of Human Rights”, has remained committed to those principles. This is no easy task in the Middle East, or in other parts of the globe. The proposed policy recognizes complex realities without sacrificing the values that are essential to maintaining authority and influence in challenging negotiations.

Over the years, too many opportunities have been lost in promoting Israeli-Palestinian peace. Ilan Goldenberg, Tamar Cofman Wittes and Michael Koplow will surely agree, that it would be a tragic mistake not to exploit available chances and avoid rising to the challenge of enabling and supporting these game changers.

[1] State-to-state issues include a definition of economic and trade relations; coordination of infrastructure particularly in regard to water, sewage, energy, connecting the road- and railway systems one with another, allowing mutual transit rights,  cross-border arrangements; labor relations; cooperation in research, high-tech and education, diplomatic relations and more.