Can the U.S. agree upon and implement a new grand strategy for the 21st Century? And how would it be different from the strategy that served to focus the nation’s foreign policy during the Cold War? In his challenging new book, Barry Posen suggests that “restraint” can serve as the centerpiece of a new American grand strategy. He provides details in this addition of CONTEXT.

For more information on his book, “Restraint: A New Foundation for U.S. Grand Strategy,” visit: http://www.amazon.com/Restraint-Foundation-Strategy-Cornell-Security/dp/0801452589

Barry Posen is Ford International Professor of Political Science at MIT, Director of the MIT Security Studies Program, and serves on the Executive Committee of Seminar XXI. He has written three books, Restraint-A New Foundation for U.S. Grand Strategy, Inadvertent Escalation: Conventional War and Nuclear Risks and The Sources of Military Doctrine. The latter won two awards: The American Political Science Association's Woodrow Wilson Foundation Book Award, and Ohio State University's Edward J. Furniss Jr. Book Award. He is also the author of numerous articles, including "The Case for Restraint," The American Interest, (November/December 2007) and "Command of the Commons: The Military Foundation of U.S. Hegemony," International Security, (Summer, 2003.) He has been a Council on Foreign Relations International Affairs Fellow; Rockefeller Foundation International Affairs Fellow; Guest Scholar at the Center for Strategic and International Studies; Woodrow Wilson Center Fellow; Smithsonian Institution; Transatlantic Fellow of the German Marshall Fund of the United States, and most recently Visiting Fellow at the John Sloan Dickey Center at Dartmouth College. 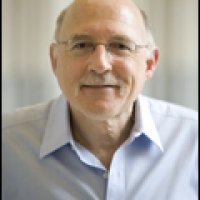