While immigration reform efforts in Washington have been stymied by partisan politics, the pattern of movement between the United States and Mexico is changing on its own. The organization Mexicans and Americans Thinking Together (MATT) released the results of a study that reveal surprising reasons for the emergence of this new trend in migration. MATT’s Executive Director, Aracely Garcia-Granados provides highlights from the findings. 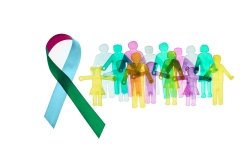