Russia and Japan Are Drawing Closer. Is Trump Helping?

The hawkish leaders of Russia and Japan may be in a position to repair their diplomatic relations in a way that more moderate predecessors never could.

For decades, the dispute over ownership of four islands in the Kuril archipelago has prevented Russia and Japan from developing closer economic ties and ending tensions dating to World War Two.

Japan views the Russian occupation of the islands as illegitimate. Russia considers the matter settled because Japan launched and then lost a war of aggression, and therefore must accept the loss of territory as a just consequence.

Today, however, Russian President Vladimir Putin and Japanese Prime Minister Shinzo Abe appear to be the unlikely partners in finally settling the matter. These two nationalist hawks may be in a position to cut a deal that more moderate predecessors never could.

Russia is now struggling under severe U.S.-led international sanctions, imposed in response to Moscow’s 2014 annexation of Crimea and continuing support for armed separatists in eastern Ukraine. With commodity prices, particularly oil, in a prolonged slump, Moscow is in urgent need of investment from Japan.

Japan, for its part, may be less certain of Washington’s seven-decade-long security guarantee in light of China’s increasing military forays in the South China Sea. Tokyo is also monitoring what looks like widespread American skepticism about far-flung military commitments, now most famously channeled by Republican presidential nominee Donald Trump.

Facing these conditions, Russia and Japan both view enhanced economic and political ties as crucial to a stable balance of power in Northeast Asia, where a rising China is flexing its muscles and North Korea seems increasingly unpredictable.

Abe went before Japan’s Diet last week to proclaim, "I will resolve the territorial issue, end the abnormal situation in which no peace treaty has been concluded even 71 years after the war and cultivate the major possibility of Japan-Russia cooperation in areas such as the economy and energy."

If Moscow achieved a breakthrough on the Kuril Islands, it could also use the deal with Japan as a wedge against the U.S.-led isolation and sanctions policy in which Japan has been a grudging participant.

The Japanese leader would not issue such a bold statement if he did not have some indication that his diplomatic engagement with Putin is about to bear fruit.

Putin also signaled the possibility of an agreement last month. “We’re not talking about some exchange or some sale,” Putin said on September 1. “We are talking about finding a solution where neither of the parties would feel defeated or a loser."

During the Cold War, the Kremlin considered the Kuril Islands vital to its Pacific fleet in case of a U.S. blockade. Any talk of territorial and political settlement with Japan presented unacceptable implications for the military balance with the United States. At the same time, Japanese leaders were reluctant to concede the permanent loss of the Kurils because they have lost so much territory in other areas.

Putin’s actions in Ukraine, however, may have sufficiently cemented his reputation as a conqueror, so that he can afford to make a limited territorial concession in exchange for much needed financial and political benefits.

Abe, by the same token, has secured his political right at home by playing a tough nationalist card on China, South Korea and other Asian states.

How might such a deal look? The basic outlines are increasingly clear. Russia could salve Japanese honor by returning the two smaller islets to Japan with no strings attached.

This gesture would give Abe the political breathing room to open a formal dialogue on the remaining two larger islands. There, an arrangement could be reached to share sovereignty. Russia could transfer formal ownership to Japan and receive in exchange a permanent no-cost lease on its military bases. The Kremlin could thus maintain a troop presence, as a guarantee of its national security interests.

Alternatively, Japan and Russia could split the difference, each taking one large island.

These scenarios suggest a relatively greater willingness to compromise on Russia’s part than some might expect. But recall that in 2010, Russia and Norway put to rest a bitter Arctic territorial dispute by simply dividing the territory equally. And that was at a time when Russia was under far less political and economic pressure than it is today.

If Moscow achieved a breakthrough on the Kuril Islands, it could also use the deal with Japan as a wedge against the U.S.-led isolation and sanctions policy in which Japan has been a grudging participant.

Opening trade and financing links with Japan could also tip the scales for other reluctant U.S. allies not wanting to be left out of access to the vast Russian market. Improved ties with Japan would also help Moscow extract more from its developing relationship with China, which has exploited Russia’s relative isolation to extract highly favorable long-term deals on gas pipelines and regional integration.

Just as when it struck the deal with Norway in 2010, Russia can argue that it has demonstrated a better way to resolve territorial disputes than the West’s resort to coercive measures, including sanctions.

To this day, Putin insists that Russia’s annexation of Crimea was peaceful — not a shot was fired — and that it was ratified by a democratic referendum. Even the mere fact of changing the boundary line between Russia and Japan would marginally strengthen Russia’s argument that adjustments are needed to bring the de facto borders from the Soviet Union’s 1991 collapse into line with the actual distribution of population, infrastructure and resources.

These arguments may ring hollow to Western ears but will likely play well in Russia. They could give Putin the domestic political incentive he needs to cut a deal that would unlock badly needed foreign trade and investment, and drive a wedge through Russia’s international isolation.

This article was originally published in Reuters. 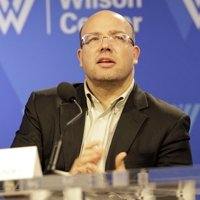