Russia’s other Pipeline: Migration and Radicalization in the North Caucasus 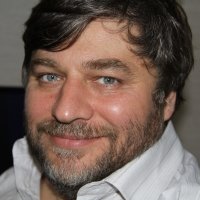 Today there are more than 2,000 fighters from Russia on the battlefields of Syria and Iraq fighting on behalf of the Islamic State. Russian is estimated to be the second most common language spoken by all foreign ISIS militants.

A large number of these fighters are Muslims originating from the Northern Caucasus, a fact that feeds a narrative back in Russia that has been growing since the 1990s. Many Russians now link the Muslim populations of the North Caucasus with extremism and terrorism. That perception is not entirely without basis: the North Caucasus region has been rent by war, terror, and brutal state crackdowns for over two decades. But the story of the territory is as much about rapid social change as it is about conflict. Russian state policies over the past two decades have done much to build today’s pipeline of radicalized extremists originating from the North Caucasus to spread across Russia and beyond to the battle zones of the Middle East.

When the Soviet Union collapsed 25 years ago, the entire Islamic population south of the post-Soviet space still lived in traditional rural communities.  Chechnya, Dagestan, Ingushetia, and other territories of the North Caucasus were among the last regions of Russia to urbanize. The urbanization processes that often take generations were compressed here into two short and violent decades.

Interethnic conflict in 1992 in North Ossetia forced thousands of Ingush people out of their homes. The 1994 and 1999 wars in Chechnya displaced hundreds of thousands more people. Once you factor in similar rural to urban migration from the Volga Region, Transcaucasia, and Central Asia, which are still part of a common economic space with Russia, it all adds up to millions of “new urbanites” who have left the rural areas of the former Soviet Union to cities big and small, primarily to Russia.

These dislocated populations, severed from their homes and traditions, would often turn to their religion of Islam as a way to connect with their past, rebuild their identity, and forge community. This growing Islamic renaissance gathered strength, both in the villages and among the communities that scattered in search of work.

These dislocated populations, severed from their homes and traditions, would often turn to their religion of Islam as a way to connect with their past, rebuild their identity, and forge community.

Russian official sources promote the myth that all Muslims who have left Russia and other post-Soviet countries are extremists and terrorists. The reality is complex and multilayered. Over the past 25 years, many Muslims left Russia to study in Turkey, Syria, the United Arab Emirates, and Egypt. Some chose to stay in those Muslim countries, others would like to return home, but fear persecution. Some Islamic activists are warned not to come back and are threatened with arrest. The last two or three years have seen a sharp rise in the number of Islamic activists leaving for Turkey, Egypt, and Ukraine. This comes as a result of increased pressure from law enforcement agencies—not only in Russia, but also in other post-Soviet countries with large Muslim populations. A large number of such political emigrants (from several hundred to several thousand) find themselves in Turkey. Many, if not most, of these are people who have always been opposed to violence.

Another group of Muslims, numbering several hundreds of people, left to fight in Syria for the opposition forces, such as Jabhat al-Nusra and other Islamic fronts. They are members of the North Caucasus armed underground, affiliated with Caucasus Emirate declared by Dokka Umarov in 2007 as a regional branch of al-Qaeda. Most of them withdrew from fighting in 2014, when ISIS declared the establishment of a caliphate and demanded an oath from all the combatants, but some stayed to fight on the side of Jabhat al-Nusra. They actively assist widows of fighters who try to find their way out of areas that are under ISIS control or when they need financial aid after successfully leaving those areas.

The Russian state’s (and society’s) own fears of and responses to an awakening of Islam, one of the four traditional religions in the Russian empire, has created the very radicals they feared.

And finally, there are 2,000 Russians who left with the sole intention of fighting for ISIS. More often than not, they represent the second generation. Some of their parents were the ones to leave impoverished villages in the North Caucasus or Central Asia to find work in large Russian cities and the north of West Siberia. Some of their parents had the means to send them to study at universities in Moscow, St. Petersburg, and Makhachkala (in Dagestan), among others. This second generation of Muslims from the North Caucasus and beyond, having for years borne the brunt of Russian state pressure and myths, is proving a rich source for ISIS’s recruiters and message.

The piece is excerpted from a larger work published recently as Kennan Cable No. 17: Russia’s other Pipeline: Migration and Radicalization in the North Caucasus, August 2016.

Denis Sokolov is an expert on the North Caucasus, focusing on the region’s informal economy, land disputes, and institutional foundations of military conflicts. He is a senior research fellow at the Russian Presidential Academy of National Economy and Public Administration (RANEPA), research director at the Center for Social and Economic Research of Regions (RAMCOM), and a former George F. Kennan Expert at the Kennan Institute.