Statelessness in East Jerusalem: Sheikh Jarrah, Human Rights, and the "Solution” of Citizenship 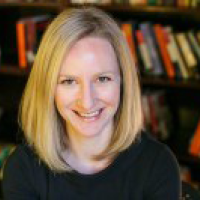 One year ago, last May, Palestinians began to stage protests to draw attention to an upcoming Israeli Supreme Court decision on the eviction of six Palestinian families from the old Palestinian neighborhood of Sheikh Jarrah, in East Jerusalem. When Israeli troops responded by storming the compound at al-Aqsa Mosque, Hamas issued an ultimatum demanding their withdrawal from both al-Aqsa and from Sheikh Jarrah. Hamas and Palestinian Islamic Jihad then fired a salvo of rockets into Israel. The subsequent military encounter between Hamas and the IDF resulted in at least 256 Palestinian and 13 Israeli deaths and the mass destruction of crucial civilian infrastructure in Gaza via Israeli airstrikes. It was a month of violence that brought renewed attention to the ever-present question of statelessness in Palestine and Israel.

In particular, the conflict over Sheikh Jarrah served as a reminder of East Jerusalem’s long and close association with the political phenomenon of statelessness and the many ways in which East Jerusalem’s 340,000 Palestinian residents repeatedly suffer the practical consequences of their individual and collective lack of citizenship. But East Jerusalem stands as a symbol of statelessness in another way too. It is in some important ways a stateless place, whose unilateral annexation to the state of Israel in 1967 was widely regarded as illegal under international law and which has remained a sphere where many residents view expressions of Israeli state power as fundamentally illegitimate. A stateless city, then, containing any number of stateless residents. What can such a space tell us about the broader phenomenon of statelessness in the modern world and how it might be addressed?

Since 1948, when the Universal Declaration on Human Rights was ratified by the brand-new United Nations, the international community has committed to its assertion that nationality constitutes a human right. In the crucial international conventions that followed the UDHR – the Convention on Refugees in 1951 and the Convention on Statelessness in 1954 – states and internationalist bodies alike doubled down on this idea, declaring both displacement and statelessness to be problems that required global erasure via “durable solutions.” The United Nations High Commissioner for Refugees (UNHCR) has now declared its initiative to “end statelessness” by 2024. These campaigns, in the main, have focused on the goal of providing nationality as a protection against the ravages of statelessness: assigning national status at birth, for instance, or promoting paths to naturalization. For many internationalists, then, the “solution” to the problem of statelessness has been, at least in theory, quite simple: the provision of citizenship. The events in Sheikh Jarrah, and the history of East Jerusalem more generally, demonstrate the profound flaws in this approach.

The creation of a stateless city

The modern city of Jerusalem has been subject to multiple, overlapping, and contested claims of ownership at least since its invasion by the British in 1917, during their military campaign against the Ottoman Empire. Various Allied proposals during and after WWI conceived of Jerusalem as a kind of “international” territory whose residents’ political rights should be subordinated, on a more or less permanent basis, to external rule by some coalition of Western European powers – setting the stage for conceiving of it as a place apart from statehood. Backed by the League of Nations, the British occupied Palestine by force for the next thirty years, during which time they actively introduced European Jewish settlers into their colonial territory as privileged minority citizens vis-à-vis a largely disempowered Arab majority.

These decades of simultaneous military occupation and large-scale European Jewish settlement (especially in the 1930s, as threats to Jews in central and eastern Europe intensified and immigration to Palestine exploded) caused significant conflict on the ground, leading British colonial authorities to begin to explore a permanent “international” status for the city of Jerusalem. The most famous of these proposals, the Peel Commission report of 1937, suggested dividing Palestine into Arab and Jewish territories (requiring the forcible removal of some 300,000 Arabs to create the putative Jewish section) and placing Jerusalem under long-term external control. Similar plans were again proposed in 1947 at the UN, as the British prepared to abandon their colonial project in Palestine. In other words, even in these early decades Jerusalem was already being imagined as a kind of stateless city whose residents would not have the rights of citizens.

In the 1948 Arab Israeli war, some three quarters of a million Palestinian Arabs were expelled from their homeland. Now, rather than emerging as some kind of externally ruled “international “zone, Jerusalem was divided into West and East: the former incorporated into the new state of Israel, the latter ruled by the kingdom of Jordan. East Jerusalem now constituted a profoundly anomalous political space: administratively incorporated into Jordan (the only Arab state to offer displaced Palestinians citizenship) but perpetually anticipating the possibility of re-assignment into some future Palestinian nation-state. Here, then, we see the first problem with the idea that citizenship could provide a “solution” to the phenomenon of statelessness; for while many Palestinians did indeed take Jordanian citizenship, vanishingly few of them regarded it as an erasure of their claims to Palestinian nationhood. Neither did the Jordanian takeover and the provision of Jordanian citizenship expunge the Palestinian nature of East Jerusalem as a place. Palestinians continued to think of the city as a part of their own territorial statehood – in abeyance for now, but by no means eliminated.

The stateless city loses its citizens

In 1967 the landscape shifted once again with another Arab-Israeli war and the Israeli occupation of the West Bank, Gaza, the Golan Heights, and the Sinai. Once again East Jerusalem proved an exceptional space: it was immediately and unilaterally annexed to an Israeli state that declared the historic reunification of the city, in defiance of the international consensus that such an “acquisition of territory by war” violated international law. Its remaining Palestinian residents became, once again, officially stateless: given residency permits, but not offered citizenship. In the aftermath of the war, Israeli-ruled East Jerusalem continued to host an international presence in the form of UNRWA (the UN Relief and Works Agency, set up in 1949 to assist Palestinians expelled during the war), whose work with Palestinian refugee camps in East Jerusalem continued unabated. Local Palestinians themselves continued to view East Jerusalem as the capital of a future Palestinian nation – a vision undamaged by either the city’s forcible incorporation into the Jewish state or their own new formal status as “residents” of Israel.

Through the 1970s and 1980s, the status both of East Jerusalem and its “residents” continued to be topics of considerable debate and dissent. When in 1980, for instance, the Knesset passed the so-called Jerusalem Law that declared a “complete and united” Jerusalem the capital of Israel, it was immediately censured and declared null and void by the UN Security Council. The presence of Palestinian East Jerusalemites likewise continued to raise questions about the political, economic, and social rights of permanent residents without citizenship. The Israeli government, eager to claim East Jerusalem as part of an undivided Jewish capital, developed municipal laws and judicial systems designed to deny building permits to Palestinian residents; expropriated territory and provided funding for Jewish-only settlements; and declared national parks in order to restrict the amount of neighborhood. Stateless residents faced severely restricted level of access to basic services, from water and sewer infrastructure to schools and clinics. They also endured ongoing and repeated evictions, of precisely the sort that would eventually trigger intense local and global protest and stoke an 11-day conflict in Gaza. The specter of statelessness, then, continues to haunt East Jerusalem to the present day.

What could the UN’s campaign to “end statelessness” possibly mean in such a context? Conferring Israeli citizenship on Palestinian residents – even if it could be accomplished politically – offers little in the way of resolution, as it would do nothing to terminate Palestinian claims to nationhood or to resolve the political status of East Jerusalem itself. Further, ending the statelessness of individual Palestinian refugees would be essentially meaningless vis-à-vis the status of the city itself, which lingers in an anomalous political space of internationally unrecognized annexation. (The United States’ acknowledgement of incorporation via its embassy move to Jerusalem, undertaken by former president Donald Trump, remains an outlier.) In other words, the UN declaration that nationality constitutes a human right, and that statelessness is a problem to be solved via citizenship, has consistently failed in its practical application in Israel/Palestine as in many other places – including elsewhere in the Middle East.

But the history of statelessness in East Jerusalem stands as more than a reminder of the UN’s many disappointments. It suggests possibilities for a different, better policy approach: one that – rather than making theatrical declarations about “ending statelessness” – would actively work to decouple human rights from the possession of citizenship. The access to safe housing, political expression, and physical security denied so dramatically to the inhabitants of Sheikh Jarrah in the summer of 2021 can and should be reimagined: not as privileges of the acknowledged national but as inalienable rights, accorded to citizen and stateless alike.