Skip to main content
Support
Explore More
Close
Article
Economics and Globalization
Pemexproa In Sight
By David Shields on May 14, 2020
Share on FacebookShare on TwitterShare via Email
Share
Part of the NOW Series
Video

The Future of Coal

Despite campaign promises to bring back coal mining jobs, the momentum toward other sources of energy is growing while reliance on coal continues to decline. In fact, jobs in the coal industry have been disappearing since the 1960s. But there are states like Kentucky, and countries like China, that still rely heavily on coal as part of their energy and jobs mix. Lisa Abbott is a community organizer involved in helping coal reliant communities adjust to new realities. We spoke to her about the future of coal in Kentucky and beyond.  That’s the focus of this edition of Wilson Center NOW.

Lisa Abbott is a community organizer with Kentuckians For The Commonwealth (KFTC), a statewide social justice organization. She joined KFTC’s staff in 1992 and served as organizing director from 2002 to 2015. In her current role she coordinates KFTC’s work on Just Transition, sustainable energy, and climate change. Lisa also serves on the board of the New World Foundation. She was instrumental in the formation of the Student Environmental Action Coalition in the late 1980’s. She holds a Master’s in Public Policy from the University of Maryland at College Park and a BS in Biology from the University of North Carolina - Chapel Hill. 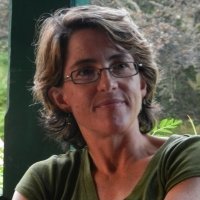 Community Organizer, Kentuckians for the Commonwealth