The Nuclear Deal’s Adversaries Back Home 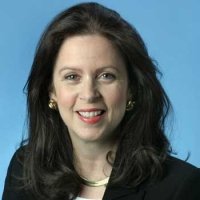 "If an agreement eventually emerges, both parties will have to sell it to constituencies that remain skeptical because of the even more tortured history between the two countries," writes Robin Wright.

For the world’s six major powers, getting to a nuclear deal with Iran has been torturous. The talks, led by Secretary of State John Kerry and Iran’s foreign minister, Javad Zarif, have repeatedly been extended by months, then weeks, and, now, in the opulent Palais Coburg, in Vienna, almost day by day. Today, they were extended to July 10th. Deadlines, Iran’s senior negotiator, Abbas Araghchi, said (after missing today’s), are not holy. Marie Harf, the State Department senior adviser, said, “We’re frankly more concerned about the quality of the deal than we are about the clock, though we also know that difficult decisions won’t get any easier with time.”

Campaigns against a deal are already in full swing in both Washington and Tehran. If an agreement eventually emerges, both parties will have to sell it to constituencies that remain skeptical because of the even more tortured history between the two countries—spanning six decades and including a coup, terrorist attacks, assassinations, the shooting down of a passenger aircraft, covert operations, nuclear sabotage, and hostage dramas. Privately, the American and Iranian delegations have mused, more than once, over which government was taking the bigger risk, or was going to pay a bigger price, for the nuclear diplomacy.

In recent weeks, Washington has echoed with appeals to President Obama—by both Republicans and Democrats—to abandon diplomacy. “Walking away from a bad deal at this point would take courage, but it would be the best thing for the United States, the region, and the world,” the Tennessee Republican Bob Corker, who is the chairman of the Senate Foreign Relations Committee, wrote to Obama, on June 15th. “No one trusts Iran,” he said on “Face the Nation,” on Sunday. “The type of agreement that has been reached certainly is one that is more to their benefit than it is the rest of the world.” Other Republicans have warned of diplomatic desperation and capitulation.  Senate Majority Leader Mitch McConnell repeated New Jersey Senator Robert Menendez’s charge that Washington’s “red lines have turned into green lights.”

Last week, the Washington Post columnist Charles Krauthammer called the deal a “total cave.” He wrote, “The strongest military and economic power on earth, backed by the five other major powers, armed with what had been a crushing sanctions regime, is about to sign the worst international agreement in U.S. diplomatic history. . . . Obama will get his ‘legacy.’ Kerry will get his Nobel. And Iran will get the bomb.”

After today’s deadline passed, the Florida Republican Presidential candidate Marco Rubio declared in a statement, “The Obama Administration’s decision to extend nuclear talks with Iran for the second time in one week is just another sign that it is time for President Obama to walk away from the table. The stakes are too high for this diplomatic charade to continue.”

The Senate passed bipartisan legislation—ninety-eight votes to one—giving it the power to review the terms before sanctions on Iran can be lifted. The recently extended deadline—to July 7th—was timed to the new law. If the deal, a lengthy document with many annexes, were submitted by July 9th, Congress would have only thirty days for review. If submitted afterward, Congress will get sixty days—doubling the time for opponents to lobby against it.

The broader concern in Washington has been that the deal would do too little and give up too much. A bipartisan group organized by the Washington Institute, a pro-Israeli think tank, warned, in a public statement, that the deal would not completely dismantle Iran’s nuclear infrastructure. More important, “it does not address Iran’s support for terrorist organizations (like Hezbollah and Hamas), its interventions in Iraq, Syria, Lebanon, and Yemen (its ‘regional hegemony’), its ballistic missile arsenal, or its oppression of its own people.”

Tehran’s political response is a mirror image of Washington’s.

In recent weeks, Iranian legislators warned President Hassan Rouhani against succumbing to American demands. “The U.S. has launched psychological warfare to mount pressure on us to secure its outcome,” Esmail Kowsari, of the Foreign Policy and National Security Committee, said. “There is a consensus inside the country—to which the Supreme Leader of the Islamic Republic is also a party—that the best manner to respond to resist U.S. demands.”

Two-thirds of Iran’s parliament was skeptical of long-term U.S. intentions, Alaeddin Boroujerdi, the chairman of the Foreign Policy Committee, told me in Tehran. Iranians view the matter of invasive inspections as a violation of sovereignty, and the right to nuclear technology as the key to modern development.

The final week of talks has coincided with a gruesome anniversary. On July 3, 1988, a U.S. warship shot down Iran Air Flight 655, a civilian Airbus, mistaking it for a warplane. Almost three hundred passengers and crew members died. Two years later, the ship’s captain was awarded a Legion of Merit for his over-all military service.

“Our people can’t forget that a warship shot a missile at a passenger plane that killed more than sixty children, and the captain was awarded a medal!” Boroujerdi said. “So do you expect us to say, ‘Hurrah for America’?”

Iran’s parliament passed its own legislation—two hundred and thirteen votes to ten—that forbid foreign access to its military, security, and sensitive non-nuclear facilities, as well as to its nuclear scientists. It demanded the right to review a deal and to ratify the so-called Additional Protocol on wider inspections.

The broader concern in Tehran has been that a deal required major concessions for too little in return. In the Iranian press, opponents have charged Iran’s negotiators with capitulation. “Those who do not consider America ‘the Great Satan’ are simpletons who believe . . . that all our earthly and heavenly problems will immediately be solved, and the country will become the land of the rose and the nightingale!” wrote Kayhan, a hardline paper.

Zarif came under particular attack. Cartoonists lampooned his frequent meetings with Kerry as a budding bromance. Hardliners signed a petition attacking the unseemly “intimacy” between the two men. Zarif was summoned to parliament to explain a fifteen-minute stroll he took with Kerry along the Geneva waterfront in January. (Members of Kerry’s entourage had originally feared that their boss would face blowback.)

“We had a serious session, and perhaps there was a need to pause a few minutes and resume in another form,” Zarif told reporters in Tehran. “These are quite normal in the world of diplomacy, especially since our hotel had no yard or garden and surrounding alleys were packed with curious journalists.” Some lawmakers suggested impeaching Zarif. One hardliner called him a “traitor.” For both sides in Vienna, the adversaries back home may prove more formidable than those across the table.

This article was originally published in The New Yorker.