Skip to main content
Support
Show
Live Now
Behind the Story: Black Journalists in Russia and Eurasia
Watch Now
Play Video
Explore More
Close
Audio
Economics and Globalization
Views from the North: Canada's Role in the Americas during the Age of COVID-19
Share on FacebookShare on TwitterShare via Email
SharePrint
Article

The Opioid Crisis: The United States and Canada’s Fentanyl Epidemic 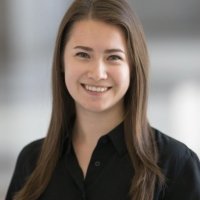 The United States and Canada are the first and second largest per capita consumers of opioids in the world respectively. Over the past few years, the availability of illicitly manufactured fentanyl (IMF) in Canada and the United States has jumped and, with as little as 2 mg of fentanyl representing a potentially fatal dose, the number of opioid-related deaths has correspondingly increased. Most illicit fentanyl in North America comes from China.

The United States and Canada are the first and second largest per capita consumers of opioids in the world respectively.[1] Over the past few years, the availability of illicitly manufactured fentanyl (IMF) in Canada and the United States has jumped and, with as little as 2 mg of fentanyl representing a potentially fatal dose, the number of opioid-related deaths has correspondingly increased. Most illicit fentanyl in North America comes from China.

While low doses of fentanyl are prescribed by medical professionals to relieve pain, IMF is often laced with, or used to cut, other opioids such as heroin or cocaine which not only heightens an opioid’s potency but also the risk of a fatal overdose. The majority of drug consumers are not aware that their drug supply contains fentanyl. This is what makes the fentanyl epidemic particularly frightening and dangerous to habitual drug consumers.

From a gendered perspective, the fentanyl epidemic disproportionately affects young men. The majority of victims are men between 25 and 39 years of age.[4] Researchers have speculated that this imbalance is due to the fact that men are more likely to consume drugs alone, putting them at risk of not receiving critical help if they experience an overdose or other health complications.[5]

Canada’s policy focus has been on the demand side of the issue and addressing the reasons why people consume opioids. Safe consumption sites (SCSs) have played an integral role in Canada’s response to the fentanyl epidemic. At an SCS, drug consumers can have their drugs checked for the presence of fentanyl, medical professionals are on standby to monitor drug consumers for overdoses and administer naloxone when needed. It is hoped that SCSs in tandem with addiction awareness campaigns will help to break the stigma surrounding addiction and drug consumption in Canada.

The United States has chosen to focus on the supply side of the issue, in part because methods to address the demand side have come across as sanctioning drug misuse. The U.S. government has some funding available for state-run addiction programs, but they have yet to decriminalize SCSs or implement safeguards to protect bystanders. Bystanders, who are sometimes drug consumers, may be afraid to call 911 because they could be charged with drug-related crimes themselves. Actions to protect bystanders have primarily taken place at the state-level with more than 30 states implementing Good Samaritan Laws.[6] Several cities such as Seattle, Denver, New York City, and most recently, Philadelphia have petitioned to open SCSs, but they have faced considerable backlash from the federal government.

Even before IMF came into prominence, opioid misuse and related deaths had been steadily on the rise in both Canada and the United States as a result of doctors increasingly prescribing opioids to treat acute pain disorders.[7] To counteract these trends effectively, both countries need to work to address the demand side aspects of the crisis, rather than wait for other countries to curb the supply. Publication
3 Things to Watch in 2021: Canada