The Pope in Cuba: What Does it Mean? 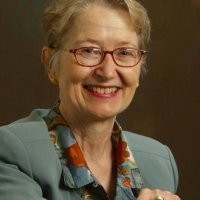 "The worldwide popularity of Pope Francis and the oft expressed media speculation that he might use his visit to pressure the Cuban government to initiate major changes misconstrues the role of the Cuban church, as well as the purposes of the papal visits which were and are primarily pastoral aimed at fortifying the evangelizing capacity of the Cuban church," writes Margaret Crahan on the papal visit to Cuba.

Remarkably, three popes have visited the Caribbean island of 11,000,000 in the last 17 years—John Paul II in 1998, Benedict XVI in 2012, and Francis in 2015. What led them to visit the island nation more often than countries with larger Catholic populations and more international clout? The Catholic Church in Cuba has historically been the weakest in Latin America and while Christianity permeated its culture beginning in the 16th century, institutionally the Catholic Church in Cuba has never experienced high levels of participation. Indeed, regular attendance at services both before and after 1959 has consistently been below 5 percent. This was partially the result of the concentration of parishes, schools, and personnel in urban areas leaving rural areas relatively unchurched. A 1957 survey of 4,000 rural workers indicated that while 51 percent identified themselves as Catholics, 53.5 percent had never laid eyes on a priest and 41.1 percent claimed to have no religion whatsoever. In addition, the importation of Africans as slaves, particularly in the late 18th and early 19th century, together with the influx of Protestant missionaries and Jewish immigrants in the early 20th century imbued Cuba with a highly diverse religious character.

The consolidation of a communist government in the early 1960s and the role of the Catholic Church as a critic resulted in its marginalization. The Cuban economic crisis of the 1990s allowed space for the Catholic Church not only to offer social services no longer provided by the government, but also to increasingly occupy political space. This was facilitated by the fact that the Catholic Church was the only institution with a national presence other than the state. Civil society in Cuba lacks national leadership and a national agenda. The opposition is highly fragmented and lacks a mass base. Hence, the Catholic Church has been able to exercise an expanding role in Cuba in the last 25 years. Given Cuba’s iconic status in international relations it has attracted more attention, including from the Vatican, than might have been expected.

Each papal visit raised expectations that there would be political gains and increased influence on the part of the Catholic Church. The 1998 visit of John Paul II did not, however, result in a major opening for the Catholic Church. Benedict XVI’s visit raised fewer expectations and confirmed that there would not be major changes in church-state relations. What proved to be more influential was the Cuban church’s increased cooperation with the government, for example, in the provision of social services and educational programs, negotiating the release of political prisoners, and facilitating negotiations, with assistance from Rome, between Cuba and the United States. All these reflected the Cuban church’s strategy to support a gradual transition in Cuba.

The worldwide popularity of Pope Francis and the oft expressed media speculation that he might use his visit to pressure the Cuban government to initiate major changes misconstrues the role of the Cuban church, as well as the purposes of the papal visits which were and are primarily pastoral aimed at fortifying the evangelizing capacity of the Cuban church. Pope Francis’ homily at the September 20th Mass in the Plaza de la Revolución clearly demonstrated this with its emphasis on Jesus’ mandate to serve society’s weakest. Francis repeatedly stressed the primacy of caring for the excluded, unprotected and anguished. Such exhortations are at the core of Francis’ ability to communicate his own persona and to attract a positive response, the so-called “Francis effect”. Implicit in his pastoral strategy are calls to comfort the afflicted and afflict the comfortable as he did in his environmental encyclical.  This inclination springs, in part, from his Jesuit formation with its emphasis on Ignatian spirituality which posits God’s presence in everyone which requires care for others as an expression of God’s love.

The worldwide popularity of Pope Francis and the oft expressed media speculation that he might use his visit to pressure the Cuban government to initiate major changes misconstrues the role of the Cuban church, as well as the purposes of the papal visits which were and are primarily pastoral aimed at fortifying the evangelizing capacity of the Cuban church.

The media has fastened on his one apparently political comment when he stated that the object of service should be the “fragile,” not ideas, not ideology. Only in his remarks after the mass did he raise another political issue when he urged the government of Colombia and the guerrilla group the FARC to negotiate to achieve peace and reconciliation in that country. Of note is the fact that Cardinal Jaime Ortega Alamino was the one who spoke most directly to the recent normalization of relations between Cuba and the United States and the hoped for reconciliation of Cubans on and off the island. This reflected the strategy of the Vatican to let the Cuban church take the lead on political issues.

Francis is an instinctual politician and his warmth reinforces his public appeal. Interestingly the more he dispenses with the trappings of the papacy, the more attention he has drawn to himself and what he has to say. Indeed, the more he appears to eschew power, the more authority he appears to acquire.  That suggests that his focus on biblically rooted pastoral exhortations rather than direct political statements, allows him to influence public discourse more widely than appearing to take sides. Some have characterized this as an exercise in soft power and others regard it as a particularly astute subversive strategy. No doubt Francis regards it as simply part of his role as a shepherd of a worldwide flock.